Gal*Gun Returns was originally announced for Switch, PC, and Xbox One systems, but it looks like the latter won’t work out in the end. After a “productive discussion” with Microsoft, developer Inti Creates announced plans to cancel the Xbox One version completely to “ensure consistency of experience across all platforms.”

Development of the Xbox version was already complete and the master ROM was under review. With that version out of the way, though, Inti Creates will re-focus attention on the Switch and PC versions, which are still on track to release as planned. 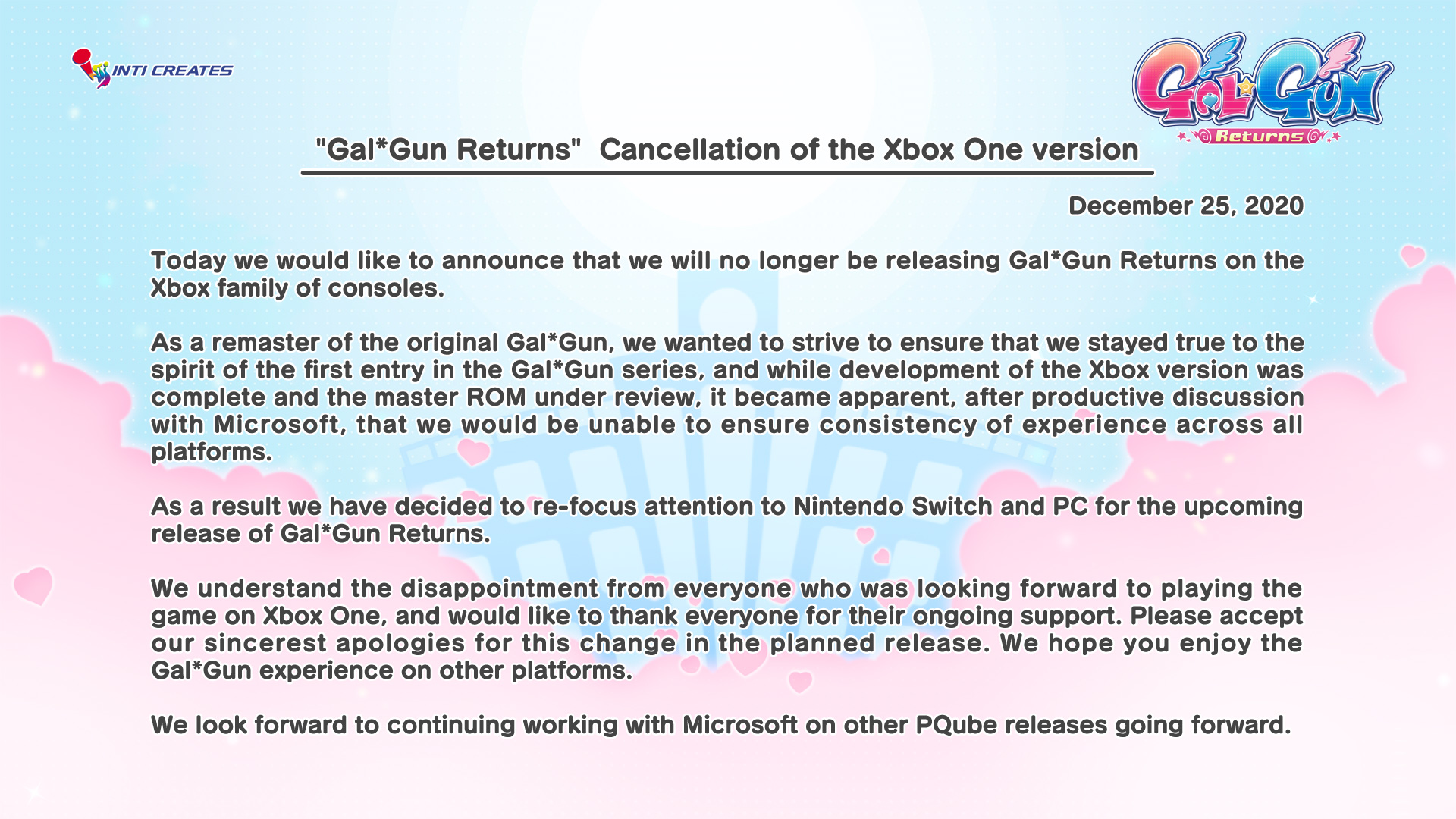 If you missed it, we recently posted about the latest trailer. Gal*Gun Returns hits Switch and PC in the west on February 12, 2021.