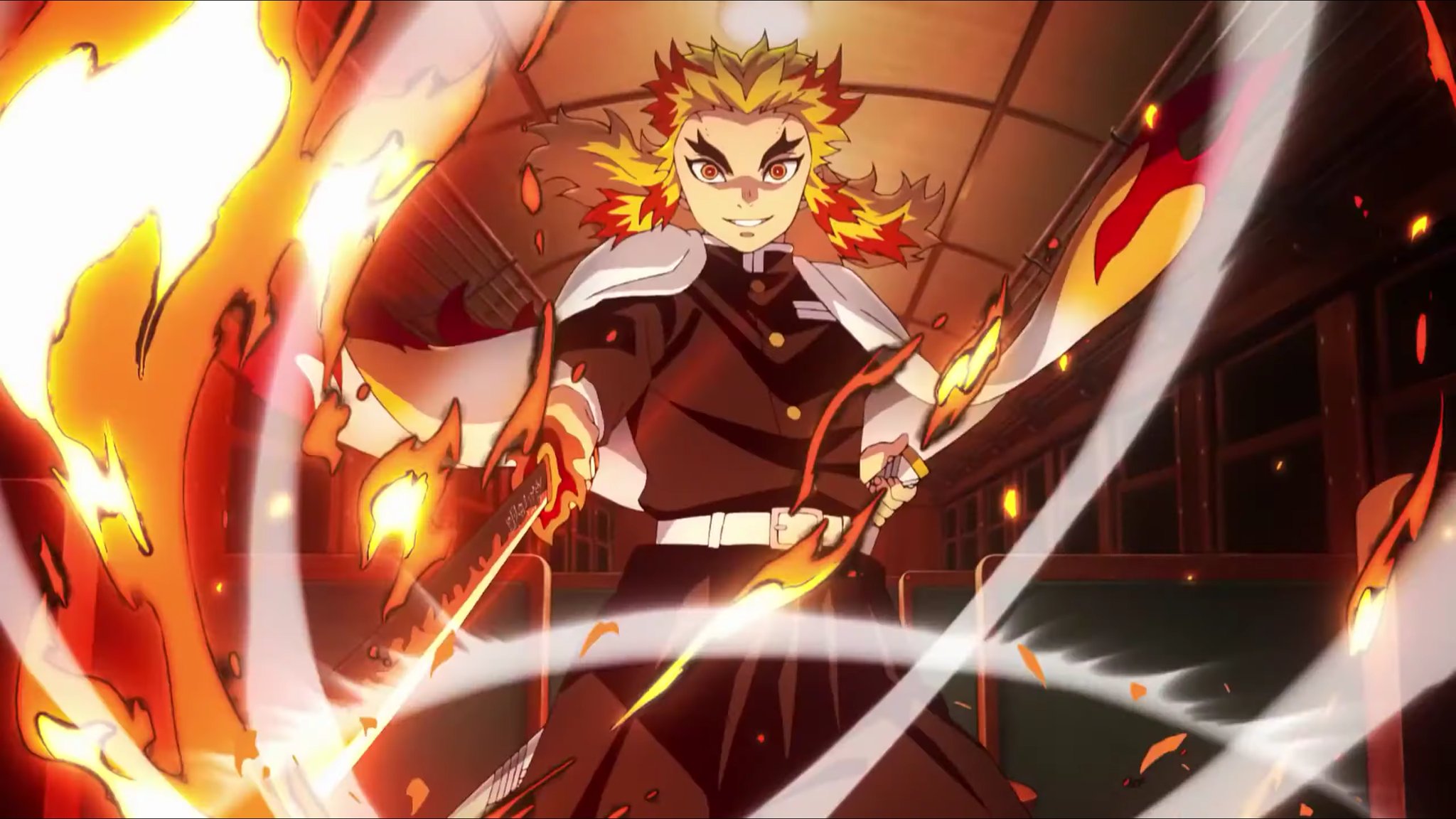 If you’re thinking about going out fighting demons, why not do it with style and the blade of a Hashira? Bandai Spirits’ PROPLICA brand announced that Rengoku’s blade–as seen in the Demon Slayer: Kimetsu no Yaiba THE MOVIE Mugen Train–will be faithfully replicated on a 1:1 scale, with some special features! (No, you can’t fire breath with it though).

The PROPLICA Nichirin (Kyojuro Rengoku) was sized up by measuring how big the blade is compared to the character from the anime series, making the length of the sword a whopping 950 mm long. The blade uses diecasting to create its shape by molding together ABS into the blade which demons fear, then carefully colored to try and reproduce the exact blade from the anime series. 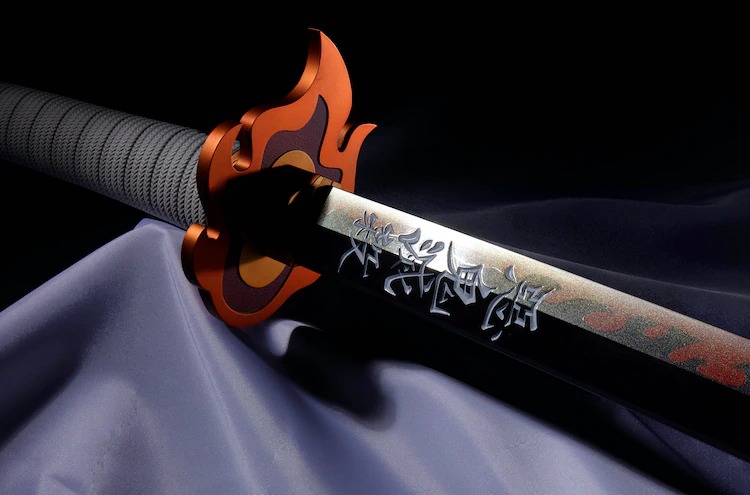 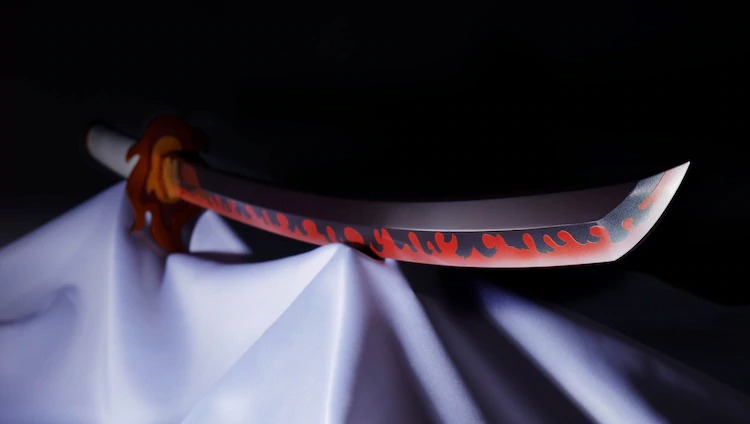 Like Tanjiro’s blade, pressing a button on the hilt will have the blade speak lines from the Demon Slayer: Kimetsu no Yaiba TV anime series, and the Demon Slayer: Mugen Train film (including the popular “Delicious” line from the opening of the film), as well as play the theme song from the film “Homura” by LiSA. If having a blade talk isn’t to your liking, when swung, the blade will produce the sound effects as heard in the series. Again though, the blade will not produce flames. 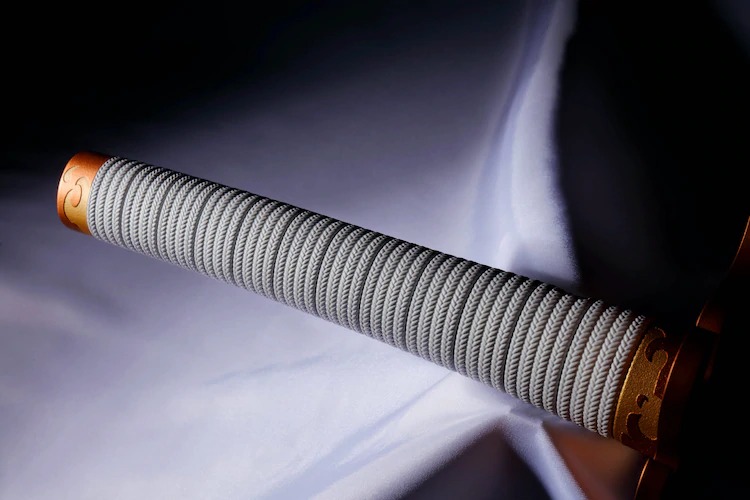 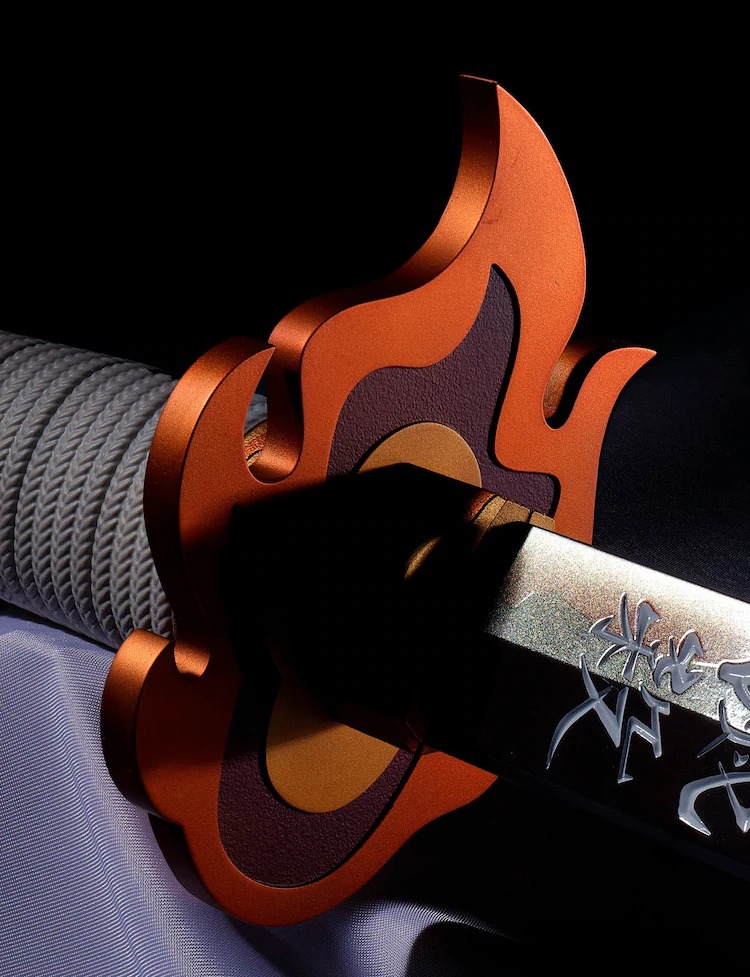 Pre-orders for the PROPLICA Nichirin (Kyojuro Rengoku) start on January 16 in Japan for a scheduled July delivery and will see the blade set wallets back 11,000 yen (US$105.77). Though to be fair, it’s likely cheaper than getting Hotaru Haganezuka to smith up a blade.