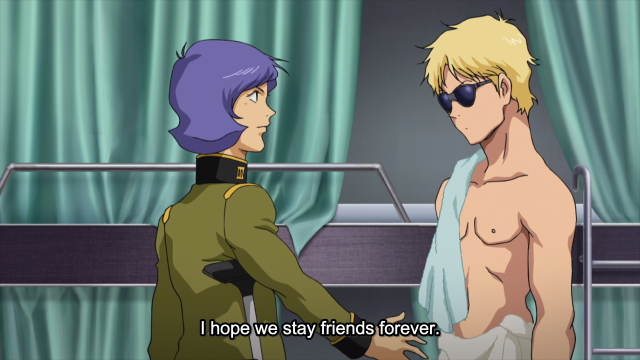 Today marks infamous Gundam villain and completely-innocent-man Char Aznable’s birthday. What better way to celebrate than showcasing the Red Comet’s love for good-natured betrayal? While Char might currently hold the title of anime’s most prolific back-stabbers, one classic case of betrayal continues to stay fresh in fans ‘minds: the tragic tale of Garma Zabi. It’s time to take a trip down memory lane.

Even Pretty Hair Won’t Save You From Sweet, Sweet Revenge

During Mobile Suit Gundam’s original broadcast, little was known of Char or his backstory. Char’s initial appeal was undoubtedly his indisputable combination of fearlessness and mystery. Unlike all the other Zeon goons, Char wore a mask for undisclosed reasons, further adding to his allure. Besides a chance encounter with Sayla in Episode 2, everything and everyone about Char and his relations was totally up for interpretation. Until Gundam’s fifth episode aired on May 5th, 1979. Suddenly, Char had a friend and ally. His name was Garma, and he had nothing to blame except the misfortune of his birth. 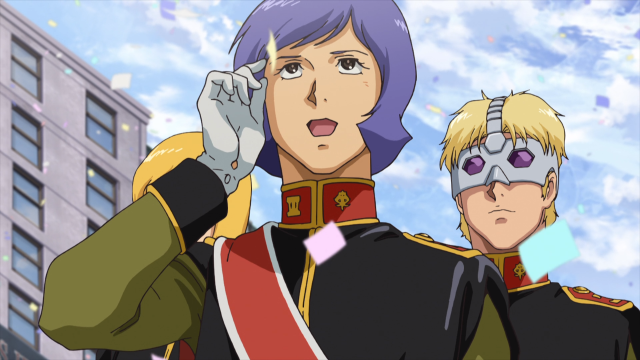 Char and Garma return to a hero’s welcome

“Re-Entry to Earth” begins a series of events that both lead to Gundam’s first major arc involving Char requesting the Zabi family’s aid, Zeon’s most powerful asset. Up to this point, everything had been a game of cat and mouse between Char and White Base — an obvious fight between good and “evil.” However, the introduction of Garma signals the series pivoting from one-and-done episodic conflicts. Garma is not just a bad guy, but a bad guy with an implied backstory related to Char! And yet, something seems off. Char isn’t just playing dirty against obvious good guys or lasers now. He’s playing the political game.

After several failed attempts to capture White Base, Char offers Garma a chance to claim Amuro’s Gundam for himself under a strategic guise. Garma naturally takes the bait, depicted as selfish and vain in ways Char’s charisma can control. While both are hungry for clout and power, Char ultimately emerges the victor by guiding Garma’s forces directly into White Base’s line of fire. Garma crashes to his death in a fiery blaze, only barely putting together the pieces when it’s too late. This is when Char reveals his true intent: to destroy the Zabi family from the inside out. This classic betrayal isn’t just about Garma, but as Char announcing himself as a whole new class of anime villain with unprecedented nuance. 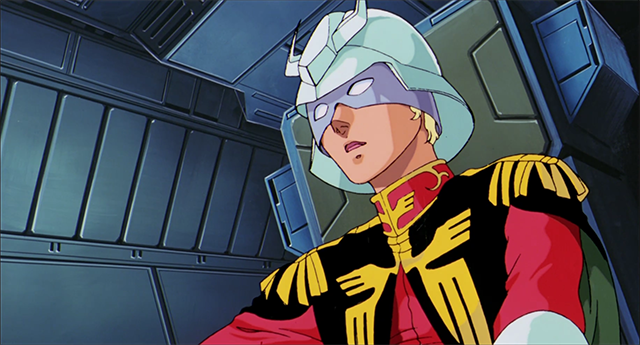 Innovating the meaning of “friendly fire” since 1979

Variations on a Theme

While Garma’s death sets off a chain of increasingly escalating events in Mobile Suit Gundam’s Universal Century timeline, this is specifically an early series watershed. And, of course, it’s also a huge meme. Theatrical screenings of 2016’s Mobile Suit Gundam Thunderbolt: December Sky film included a short animated PSA depicting Char and Garma on their cellphones reminding guests to mind theater etiquette. The two tease each other with catchphrases from Mobile Suit Gundam’s tenth episode, “Garma’s Fate.” The phrase “Hattana, Char!” or “you betrayed me, Char!” has become relentlessly parodied in everything from merchandise and boxed cookies to official parody manga like Mobile Suit Gundam-san. Garma’s classic quote has now become shorthand for Char (or anyone else) unexpectedly screwing someone over. 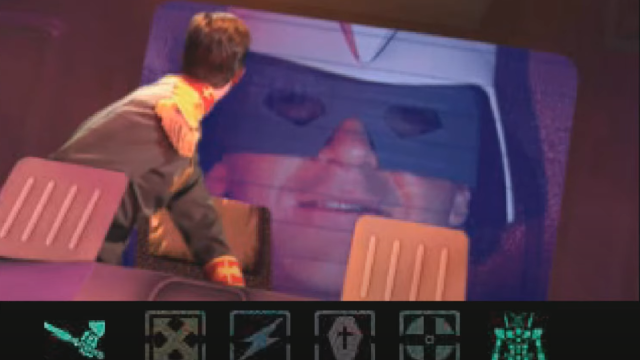 Perhaps the strangest depiction of Garma’s betrayal is the 1996 FMV game Gundam 0079: The War for Earth. While exclusively released in Japan, this title used American actors and roughly adapted the first ten episodes of Mobile Suit Gundam. The title included many English-language firsts for this franchise entry specifically — including a delightfully hammy rendition of Garma’s famous last words: “Char, you craven traitor!” whereas the Japanese-dub preserves the classic line. Other versions of Garma’s final blazing moments of glory include the long-running strategy game series Gihren’s Greed. The 1998 title and its sequels depict a more mature Garma attempting to pacify Zeon if the player manages to have him survive Char’s sabotage. The 2001 Playstation 2 game Mobile Suit Gundam: Journey to Jaburo provides one of the first accurate depictions of Garma dubbed in English, this time translating the famous line as: “Char, this time you double-crossed me!” While these variations on canon never change the essential arc of Char’s first major betrayal, they nonetheless suggest a long-lasting fascination with a one-note character. With each revisit to classic Gundam, inevitably something new is always added. 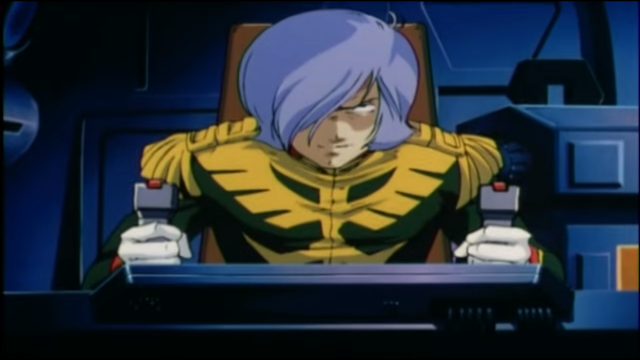 Getting Back to Basics

Garma’s popularity could possibly be attributed to how unexpected Char’s betrayal was at the time, especially for a pioneering series like Gundam. Garma’s always been a plot device, albeit one that got a surprising amount of development (five whole episodes!) before his demise. It wasn’t until classic Gundam character designer Yoshikazu Yasuhiko began serializing Mobile Suit Gundam: The Origin in 2001 that Garma finally got his narrative due. In this adaptation of the original series, a new arc was added about Char’s previously mentioned academy days. Unlike the previous iterations of Char’s epic betrayal, this re-telling serves double-duty in developing Garma and Char’s shared megalomaniac tendencies. Char encourages a notably docile Garma to start a student uprising and in the process, plants all the right manipulative seeds to make his master plan work years later. It’s mind games all the way down. 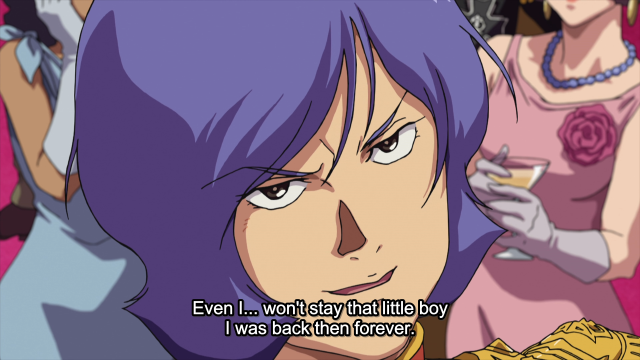 Garma speaks to Char after the Battle of Loum

In an interview regarding his performance as Garma in The Origin’s OVA adaptation, voice actor Tetsuya Kakihara commented, “If I ended up portraying Garma as that epitome of a ‘spoiled kid,’ he’d end up a truly saccharine character.” Kakihara added that, had he played Garma without “a bit of mischievousness” Garma wouldn’t believably buy into Char’s plans nor “come together” as a character with a strong sense of pride. The Origin’s depiction of Garma would have to match up to Shuichi Ikeda’s reprising his original role as Char with the audience very well knowing how it all ends. In other words — portraying Garma as two-dimensional and vain as he was in 1979 simply won’t do when everyone knows the beats. The Origin isn’t exactly coy about this, either. After Garma happily introduces himself to Char as his new roommate, the scene immediately cuts to an explosion on a battlefield as Char laughs. Best. Friends. Forever. 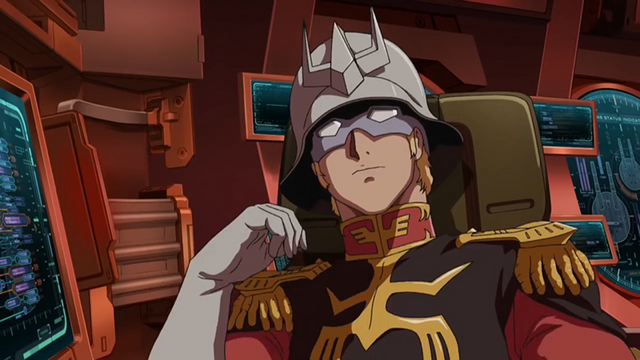 Mobile Suit Gundam is a story that never gets old. No matter how many times it’s told, it’s always exciting to see how classic material gets reimagined over the years. While Garma’s betrayal might’ve been shocking the first time, it’s now just another part of the ebb and flow of Gundam lore. Yet, there’s excitement every time you know it’s coming — the same way audiences still anticipate Darth Vader telling Luke he’s his father. When “the moment” happens, it’s all the sweeter for being the culmination of something bigger than itself. It’s not just a win for Char, but a win for Gundam’s talent for making nearly 41 years of twists feel as fresh as ever.

Who are your favorite Gundam besties? Let us know in the comments below!

Blake P. is a weekly columnist for Crunchyroll Features. How come Casval and Char are never in the same room together? His twitter is @_dispossessed. His bylines include Fanbyte, VRV, Unwinnable, and more.