If you go back and rewatch episodes from One Piece‘s early years, there’s a vibe that can best be described as “breezy.” Not that the series doesn’t have its emotional, heartbreaking moments (it has a bunch) but there’s a sense of meandering delight. You know when you wake up in the morning on a day that you have all to yourself? That feeling of “Well, what am I going to do today?” That’s the feeling I’m talking about. Early One Piece has a lot of that.

First, I should clarify that when I talk about “early” One Piece, I don’t mean specifically pre-time skip. I actually mean the story up until about when the Going Merry gets its viking funeral. The adventure up until that point had been full of hints and nods and little tangents about where it could go, but it’s when Garp arrives, reveals his connection to Luffy, and then basically lays out the schematics behind how the world works and who the Emperors are that suddenly One Piece begins to fall into line a little bit. 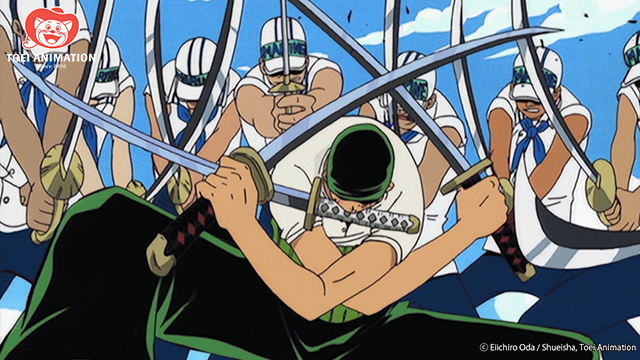 For me, that’s where early One Piece definitively ends. I’m not saying that the stuff to come after it is worse in any way. Far from it. There is so much joy and cool stuff to be found in arcs like Thriller Bark and Sabaody and Marineford and Whole Cake Island and Wano. One Piece is still an engaging, enrapturing story, and I sincerely doubt that I will ever quit it. It’s just a different kind of story.

A lot of this has to do with how the series allocates its goals. In early One Piece, the main overarching goals are “find the One Piece” and “ensure Luffy becomes King of the Pirates,” and both of them are approached very loosely. There’s a real “We’ll get there when we get there” attitude. In fact, most of the major arcs from this time period — Arlong Park, Alabasta, Enies Lobby — don’t take place due to any grand plot machinations. The story does not push them to the forefront. Rather, they happen due to the Straw Hat Crew wanting to take care of one of their own. They are the main thing going on, yet they are totally character-based, and in that way, almost happenstance. Luffy does not strive to take down Arlong or Crocodile or Rob Lucci. Rather they get in the way of his beloved crew member’s happiness, and he can’t abide by them. 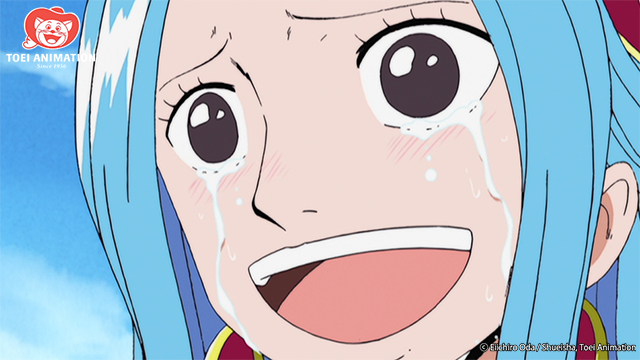 Fast-forward about 15 years and we’re dealing with the team-up to take down Kaido and the discovery of the Poneglyphs. These have personal ramifications, but they’re very narrative-based. Definite things in the plot will happen when they are completed. For me, this is exciting in, again, a different way. For a long time, the Straw Hat Crew was kind of aloof to their accomplishments. They stopped a warlord from over-throwing a kingdom and released a sky nation from the grips of a megalomaniacal tyrant and declared war on the World Government just so Robin could live freely. Then they sailed away like “Yeah! That was fun! Break out the meat n’ booze!” Now, they’re very aware of their impact on the world. They are major players who recognize their roles.

In the first Wano opening “Over The Top,” the wonderful Hiroshi Kitadani croons, “I have to get there because I want to get there first.” But in “We Are!”, the first-ever One Piece opening, he sings, “Compasses and such will only hold us back.” Obviously, I doubt this was deliberate, but it’s kind of indicative of the aims of these two sections of the One Piece timeline. One is about explicitly getting somewhere. The other is about getting somewhere … sort of. 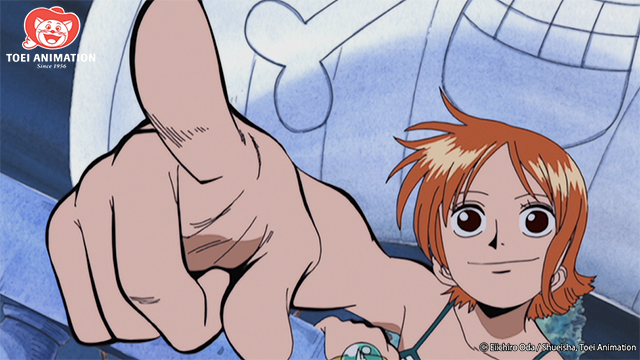 Of course. none of early One Piece would be possible without the talented folk behind it. Having previously directed on Sailor Moon, series director Konosuke Uda oversaw the series until midway through the Enies Lobby arc, during a time when the character designs were often less formal than they are now. Noboru Koizumi’s beautiful characters seemed to burst with enthusiasm and feeling, their faces tailor-made for the expressiveness required of the series.

The late Michiru Shimada worked on many scripts and her work remains consistently underrated for just how well she translated Eiichiro Oda’s big character moments to the screen. Nami’s “Help me?” Luffy waving the flag for Wapol and Chopper to prove that it didn’t break? Zoro declaring that he will never lose again after his loss to Mihawk? Shimada had a hand in turning all of these from unforgettable manga scenes to unforgettable anime scenes. 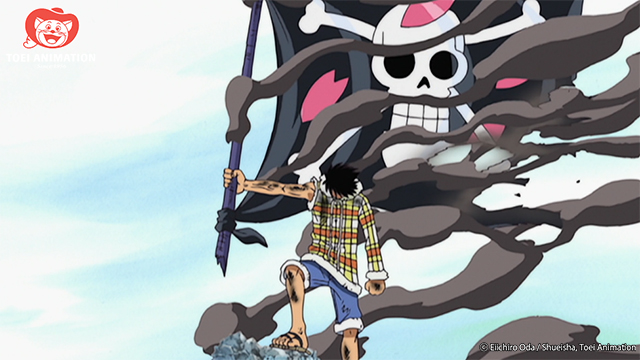 Meanwhile, directors like Hidehiko Kadota, Junji Shimizu, and many others ensured constant energy. And finally, you had Shiro Hamaguchi, who after composing the score for a little game called Final Fantasy VII, gave One Piece its iconic music. Early One Piece is full of wonderful anime creators and I implore that you look them up and see what they each bring to the table.

I think early One Piece‘s mix of playfulness and amazingly touching emotional moments is why it remains so rewatchable for me. At the point of this writing, it’s almost 1,000 episodes long. Under most circumstances, that would be too high of a hill to climb. But those first few arcs present a world I want to be in, a world so comfortable and exciting that the episode number doesn’t matter anymore. It’s a testament to their power that so many fans have stuck around this long. Early One Piece, y’all. There’s just something about it.