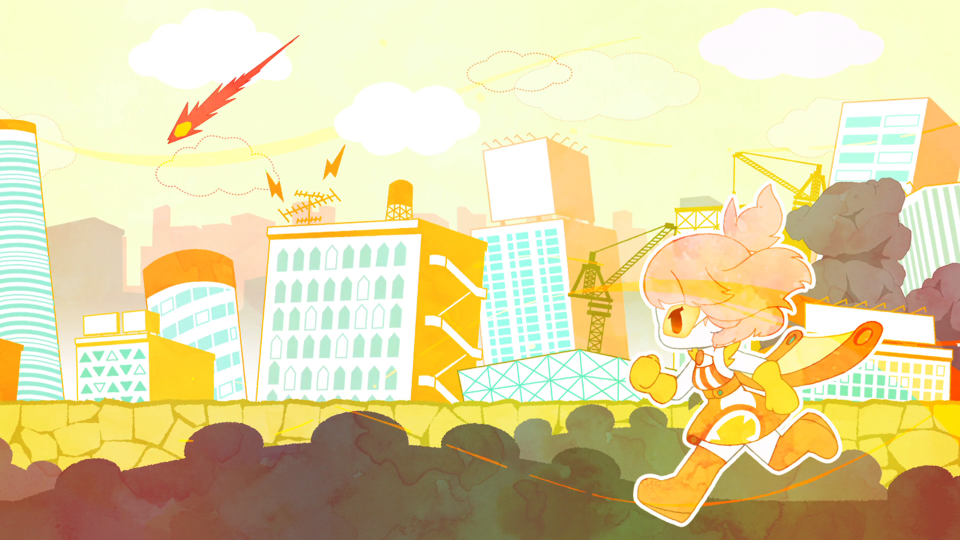 Content Warning: While otherwise safe for work, this article discusses games made in Japan’s 18+ visual novel industry. It does not talk about individual games in-depth, or detail any offensive content contained within; nevertheless, curious readers should expect those games to be suitable only for adult audiences.

Like the main character of Talentless Nana, as a young student, I too had a dark secret: I played visual novels. I read all three routes of Fate/stay Night. I soldiered through Muv Luv. I sought out the anime Humanity is Declined specifically because the source text was written by visual novel luminary Romeo Tanaka. These games could be overstuffed, repetitive, and deeply sexist. But don’t underestimate visual novels. YU-NO upended conventions in 1996 in such a way that modern games steal its twists and are still labeled forward-thinking. Infamous video game auteur Hideo Kojima cut his teeth working on spin-offs in the hugely influential Tokimeki Memorial series. And Hajime Isayama, the creator of Attack on Titan, admitted in this interview in Brutus Magazine that he had been inspired by the 18+ mecha epic Muv Luv Alternative. 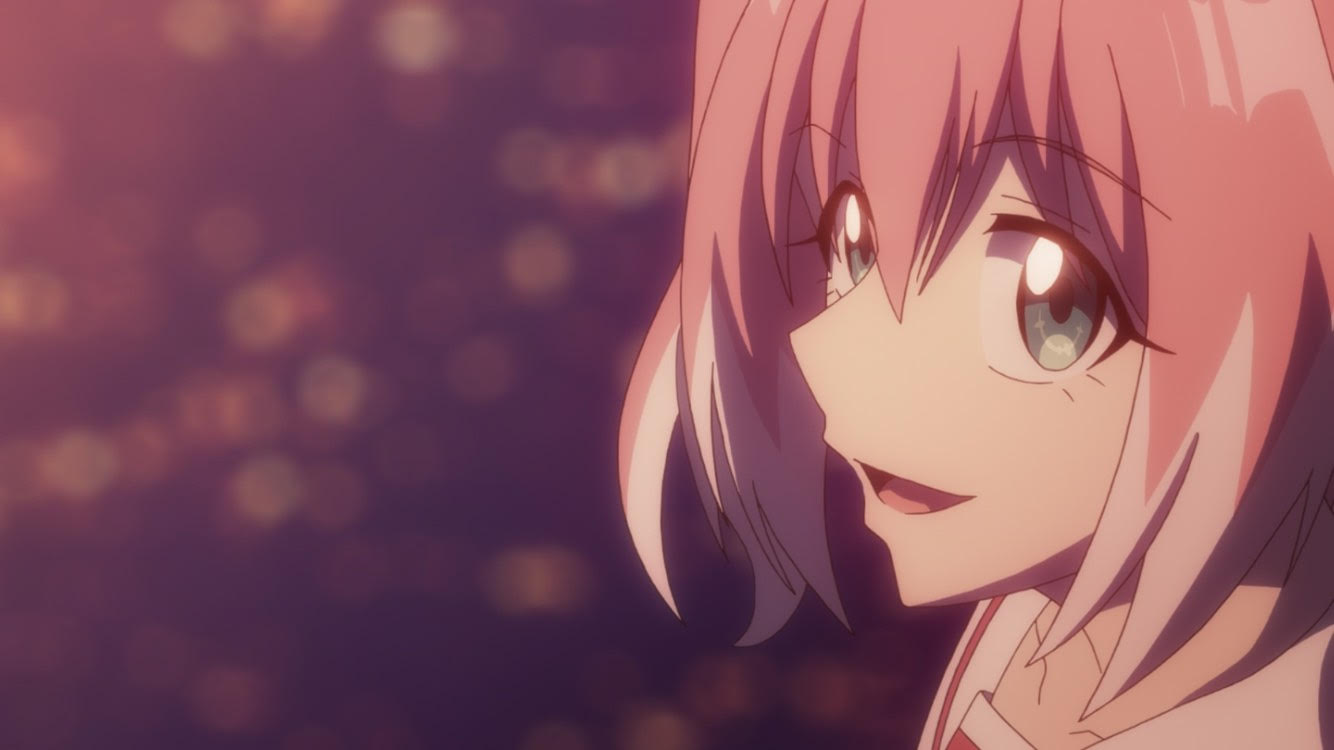 During my student years, some of the most popular games in the field (at least among English speaking fans) were those with scripts by looseboy — most famously, Sharin no Kuni and The Devil on G String. Games remembered for their memorable protagonists, tear-jerking melodrama, and shocking twists and turns. They also had sex scenes in them (not very good ones) because that’s what games of that type were supposed to have. It had been years since I’d thought about Sharin no Kuni — I wasn’t even sure if I still liked it. But here looseboy was again, in a completely different medium, shocking a whole new audience of readers and viewers.

For visual novel fans, this fall season of anime is a bonanza. You have a remake (or is it) of rural horror epic Higurashi: When They Cry, masterminded by creator Ryukishi07. You have a new original series, The Day I Became a God, scripted by crying game grandmaster Jun Maeda and his buddies at PA Works. Then there’s Akudama Drive, an explosive SF grindhouse series based on a concept by Danganronpa scribe Kazutaka Kodaka. 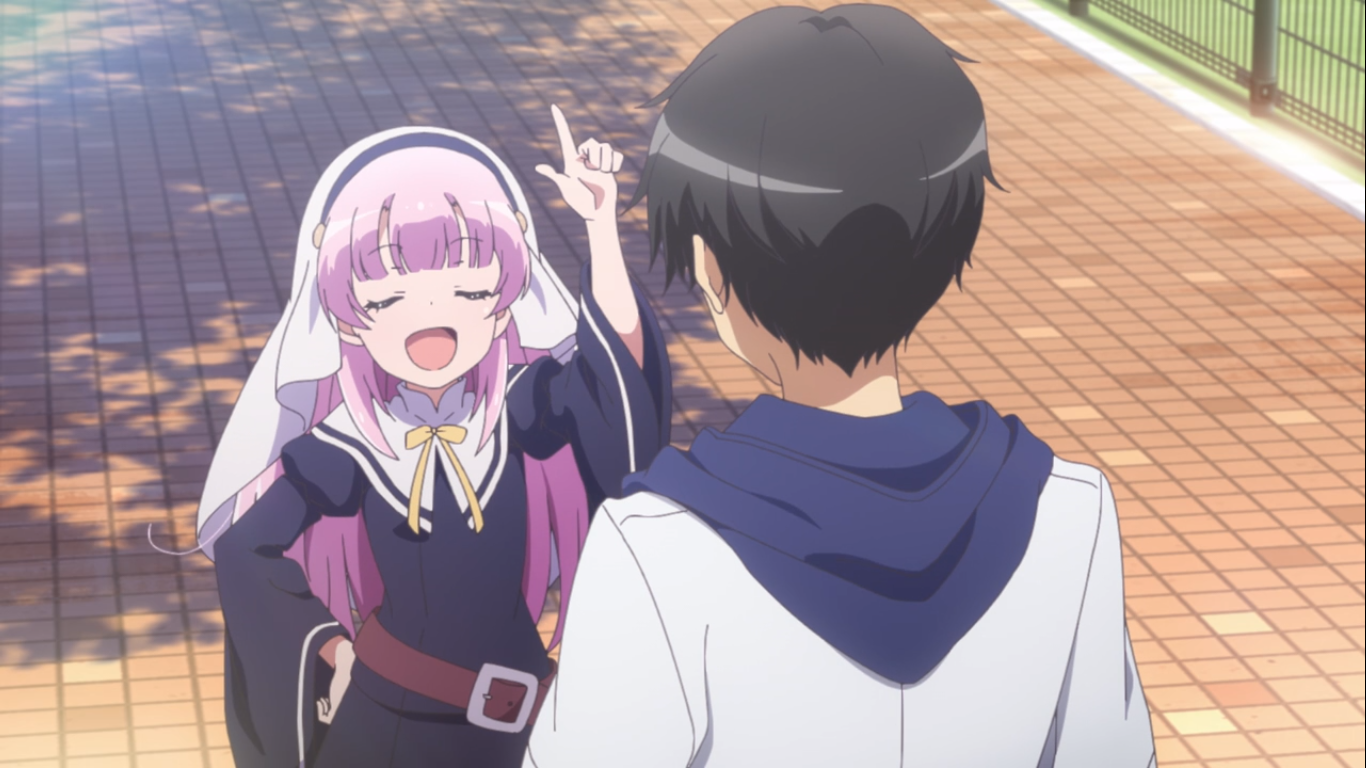 It hasn’t always been like this. In the past few years, light novels have outstripped visual novels as the source material of choice in the adaptation coal mines. Series like Higurashi or Clannad that were popular in the 2000s were gradually replaced in the popular imagination by newer works like Re:ZERO -Starting Life in Another World- and My Teen Romantic Comedy SNAFU. Kyoto Animation, a studio once known for producing lavishly animated renditions of games made by the studio Key, pivoted years ago to adapting light novels and manga (not to mention its own original works). It’s not difficult to see why; light novels, manga, and even proper novels are easier to adapt to the medium than visual novels. It’s already difficult to squeeze the multi-route structure of often stupendously long video games into the time limitations of anime — not to mention their sometimes deeply gross and problematic content, sudden perspective switches, and even total changes in genre. It took years for the creators of Fate/stay Night to figure out how to make its full story comprehensible to a wide audience. What hope could anybody else have?

Meanwhile, the visual novel industry is changing. Some of the talent I followed in the 2000s are doing just fine. Fate/GO, a phone game written by Fate/stay Night creator Kinoko Nasu and his team of former industry luminaries, became popular not despite the long and convoluted visual novel bolted to its gambling simulator but because of it. STEINS;GATE and its progeny continue to thrive, and Ryukishi07 — the creator of Higurashi and the later Umineko: When They Cry — toils on his new magnum opus. Other creators in the field are struggling. The visual novel company light — producer of chuuni games like dies irae — folded last year due to poor management. OVERDRIVE — known for music-inspired visual novels like Kira Kira — labeled its newest title Muscius! as its “Final Project.”In the United States, an early boom in Kickstarters and English translations — with former fan translators gladly pitching in with their expertise — gradually stalled under claims of exploitative working conditions and Steam’s hot-and-cold relationship with the medium as a whole. In the face of the popularity of anime, manga, and even light novels, it’s hard not to see much of the visual novel industry’s old guard as a tiny, stagnant niche. 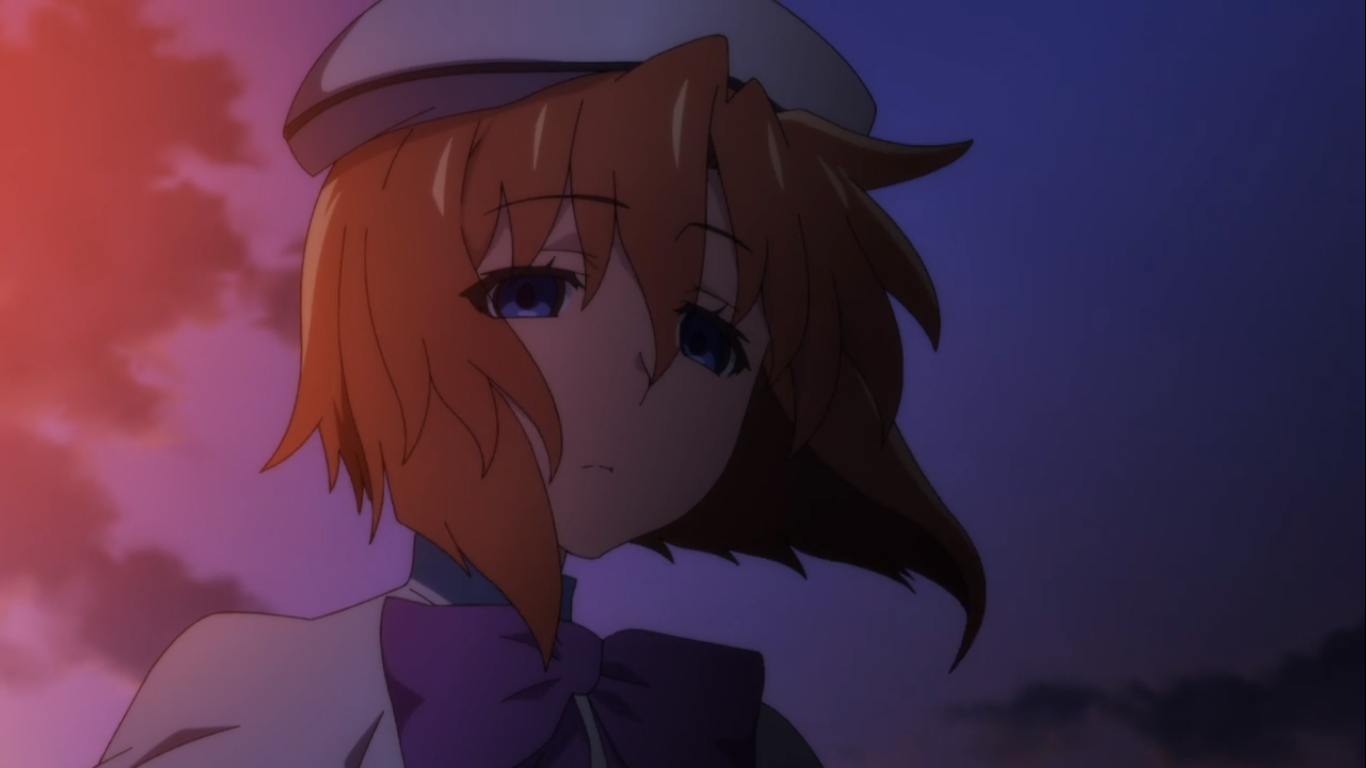 But the medium’s heart still beats in all-ages visual novels, thanks to the sudden success of two new stars. Kotaro Ucihikoshi — co-writer on cult visual novel Ever17 — found surprising success in the United States with his twisty pseudoscientific thriller 999. Kazutaka Kodaka’s hilariously crude and violent (yet deeply heartfelt!) Danganronpa series has built a hardcore fanbase willing to grapple with each entry’s whiplash-inducing twists and turns. It’s no surprise, then, that the two of them have found their way into the anime field. Uchikoshi contributed the script to MAPPA’s underrated sex comedy PUNCH LINE, while Kazutaka Kodaka worked with hardcore games nerd Seiji Kishi to produce anime-original sequels to the Danganronpa games. Uchikoshi and Kodaka now work together at the company Too Kyo Games, one of Japan’s most promising “middleware” developers. Their name is front and center on this fall’s Akudama Drive.

The anime industry itself has become steadily riddled with former visual novel writers. Gen Urobuchi, the scriptwriter of 2011 smash hit Puella Magi Madoka Magica, got his start writing shock-horror games like Saya no Uta. His work on PSYCHO-PASS (and love of martial arts) is foreshadowed by his earlier writing for cyberpunk games like Kikokugai: The Cyber Slayer. Then you have the creative lead on popular visual novel White Album 2, Fumiaki Maruto, who went on to script Classroom Crisis together with the director who went on to adapt My Hero Academia at BONES. And my favorite episode of schoolgirl horror anime SCHOOL-LIVE! — the third, from the perspective of the teacher Megane — was scripted by visual novel writer Hikaru Sakurai, now busy writing for Fate/GO. 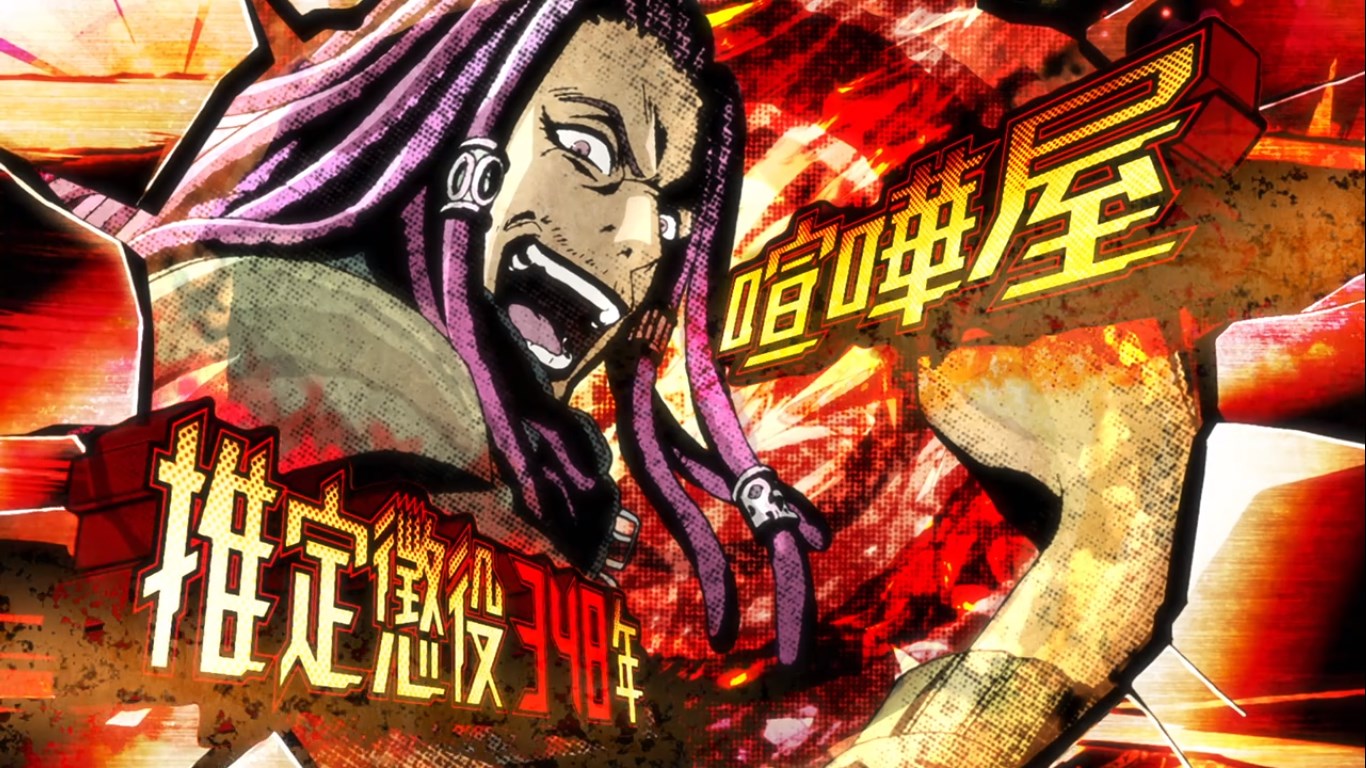 If visual novels are often overlooked by the mainstream games press, their influence on pop culture is stronger than ever. The Persona games, an inspiration on everything from Fire Emblem: Three Houses to Supergiant’s recent indie classic Hades, take heavy influence from dating sims. The deeply weird action-RPG Nier Automata, which made a legend of its director Yoko Taro despite being released in the shadow of The Legend of Zelda: Breath of the Wild back in 2016, takes undeniable influence from visual novels and the denpa (a person who feels disconnected from those around them) aesthetic. Even developers outside of Japan are paying homage with vaporwave mystery drama Paradise Killer seeking to beat Danganronpa at its own maximalist game.

Yet it’s projects like Talentless Nana that stick with me — looseboy made his name working on small games highly prized by a few. But he jumped ship to the manga world and now a comic popular enough to receive an anime adaptation bears his name. How many other visual novel writers from the old 18+ market are out there working under pseudonyms on manga and in other fields? How far does the influence spread? Will we see Shumon Yuu or SCA-JI writing for anime? Only time will tell.

What is your favorite series airing this year from former visual novel talent? What visual novel would you love to see adapted into an anime? Did you know that you can now pick up The House in Fata Morgana at the incredible price of 0 percent off? Let us know in the comments!

Adam W is a Features Writer at Crunchyroll. When he isn’t fervently praying that Girls’ Work still has a chance of being made, he sporadically contributes with a loose coalition of friends to a blog called Isn’t it Electrifying? You can find him on Twitter at: @wendeego