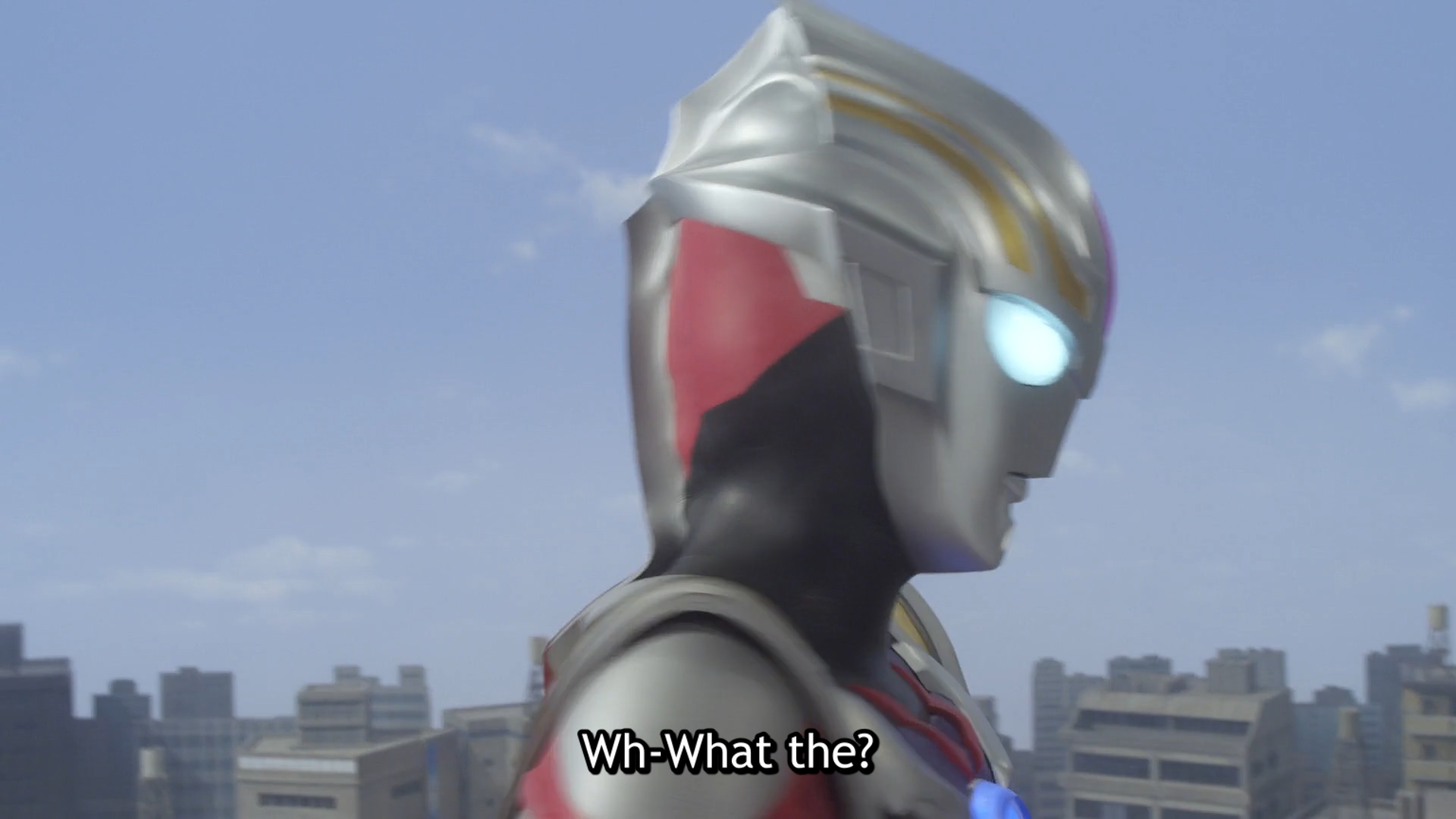 On January 29, fans were treated to a teaser to Shin Ultraman, a new movie produced and written by the creator of Evangelion, Hideaki Anno, and set to debut in the summer of 2021. The roughly 30-second video spends about half its runtime showing us serious people in serious suits doing serious stuff but just before you start to suspect that Shin Ultraman is going to be, ugh, serious, BAM, it shows us its kaiju. One has what appears to be a drill on its head that opens to reveal a kind of turtle skull face, like if Cubone and Squirtle had a baby that became an Eva Angel. The video ends with a giant red-and-silver robot towering above a bunch of powerlines, leading many people to ask: “What?” We’re going to answer that now.

The Original Ultraman is a live-action character who debuted in 1966 and pretty much set the tone for a franchise that continues to this day and has become a mainstay of Japanese television. He’s a space soldier from the Land of Light, located in Nebula M78, whose inhabitants gained super strength, speed, and the ability to shoot Ultra Beams by being exposed to the rays of the Plasma Spark, an artificial star they’ve constructed. It also transformed them into bio-metallic beings.

The first thing we have to clarify about Ultraman is that, while in his physical form, he is not a robot. His face, eyes, and body are natural parts of his anatomy. They may look robotic but underneath them you’ll find a skeleton made out of bones, internal organs, and a biological brain. Although, it IS a “Tetra-Phased Brain” that works together with his Multi-Presensing Eyes and Digital Sonic-Organized Ears. He gains power from solar energy, which is just one way in which he resembles Superman.

How It All Began

The Original Ultraman is a warrior for justice, fighting space kaiju to protect the innocent. In the first series, he chases one to Earth but accidentally kills a human, Shin Hayata. To make up for it, he merges with him, allowing the human to “transform” into — or “call forth” — the giant Ultraman when giant monsters attack. But because Earth’s atmosphere filters out a lot of the Sun’s light, which powers Ultraman, he can only maintain his form for three minutes.

The following shows starred other Ultramen — Ultraman Taro, Ultraman Tiga, Ultraman Zero, and MANY more — but they all shared a lot of similarities with the original: an Ultra warrior from the Land of Light travels to Earth, merges with a human, fights super-inventive kaiju. Why change a recipe that has been entertaining fans for more than half a century? 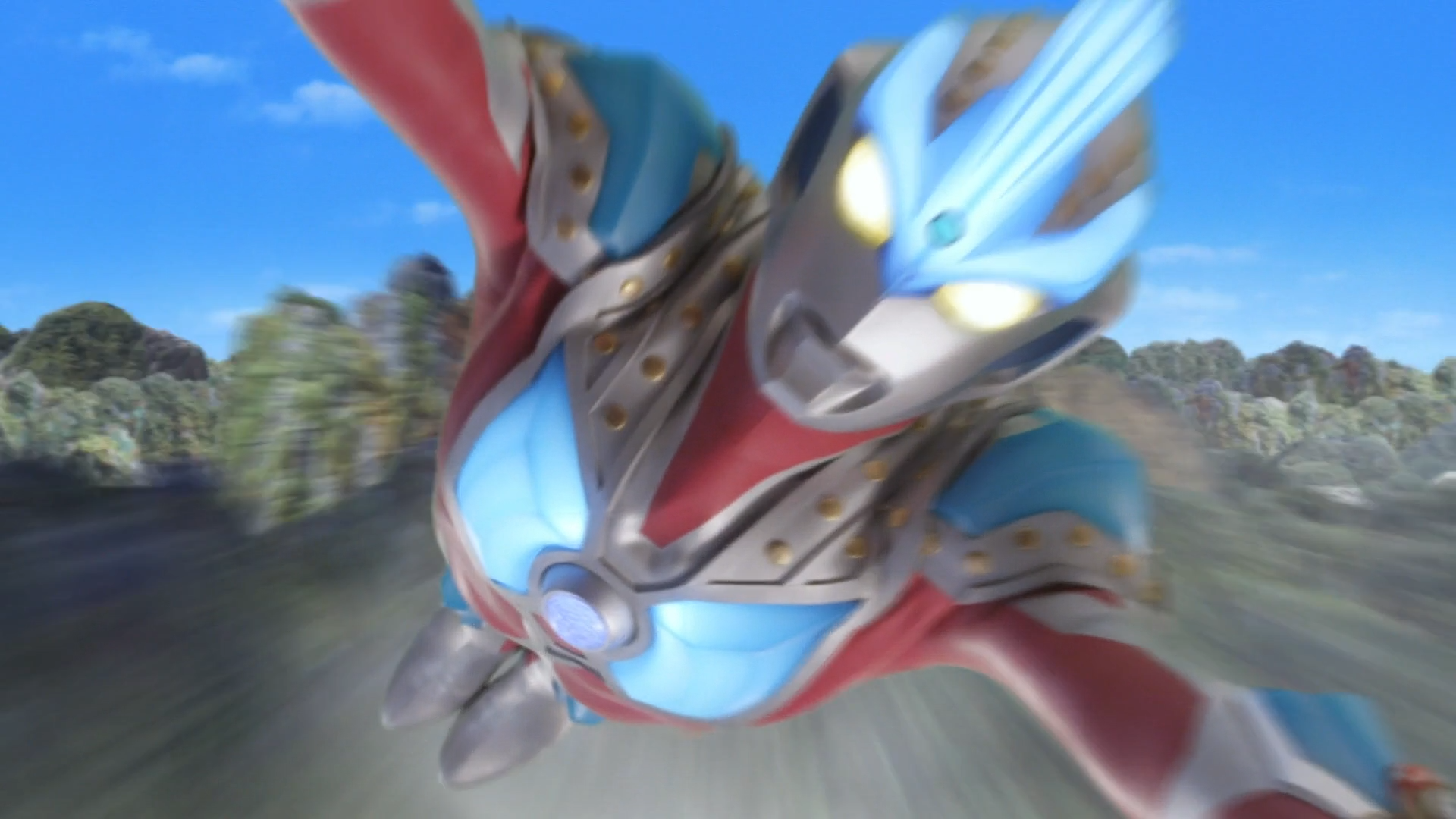 Absolutely, and it has a lot to offer. Plenty of fans like it for different reasons. The Ultra warriors are tons of fun. They may look a bit similar at first glance but each has a very distinct personality and powers, which inform the tone of their shows. Some are unshakable pillars of justice, others are young hotheads who fight to repent for their past mistakes. Some of their shows are a bit on the goofier sides, while others can actually get a bit heavy. No two Ultraman shows are the same, so if you don’t like one, you can just try another. Despite connections between some, most can be enjoyed as stand-alone productions.

The storylines can also get quite epic with intergalactic wars, monstrous alien experiments, disgraced Big Bad Ultra warriors, cemetery planets for vanquished kaiju, and the like. Although a lot of the early Ultraman shows worked on a very limited budget, they really gave it their all to craft a massive, engaging world that you always want to know more about. Especially its monster. 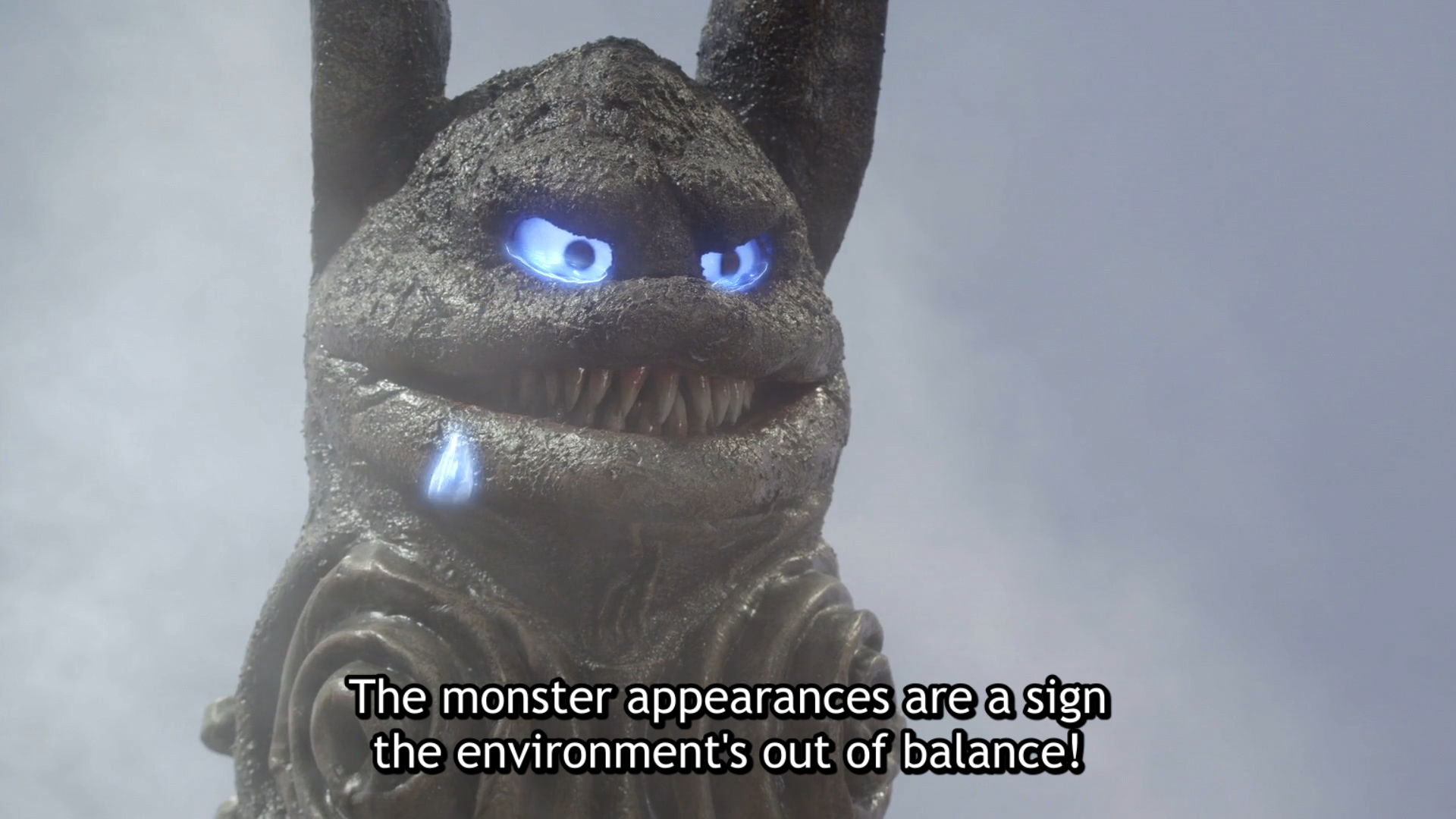 While the vast majority of Ultraman villains are basically just giant lizards (the costumes for those are just easier to make), they are still awesome and are also joined by some more creatively designed friends. Have you met Takkong, the ball with a tiny face? He’s a ball-shaped kaiju with a tiny face and I love him.

Then of course there’s Woo who always, and I mean always, looks like he just realized he’s left his phone in a gas station bathroom. 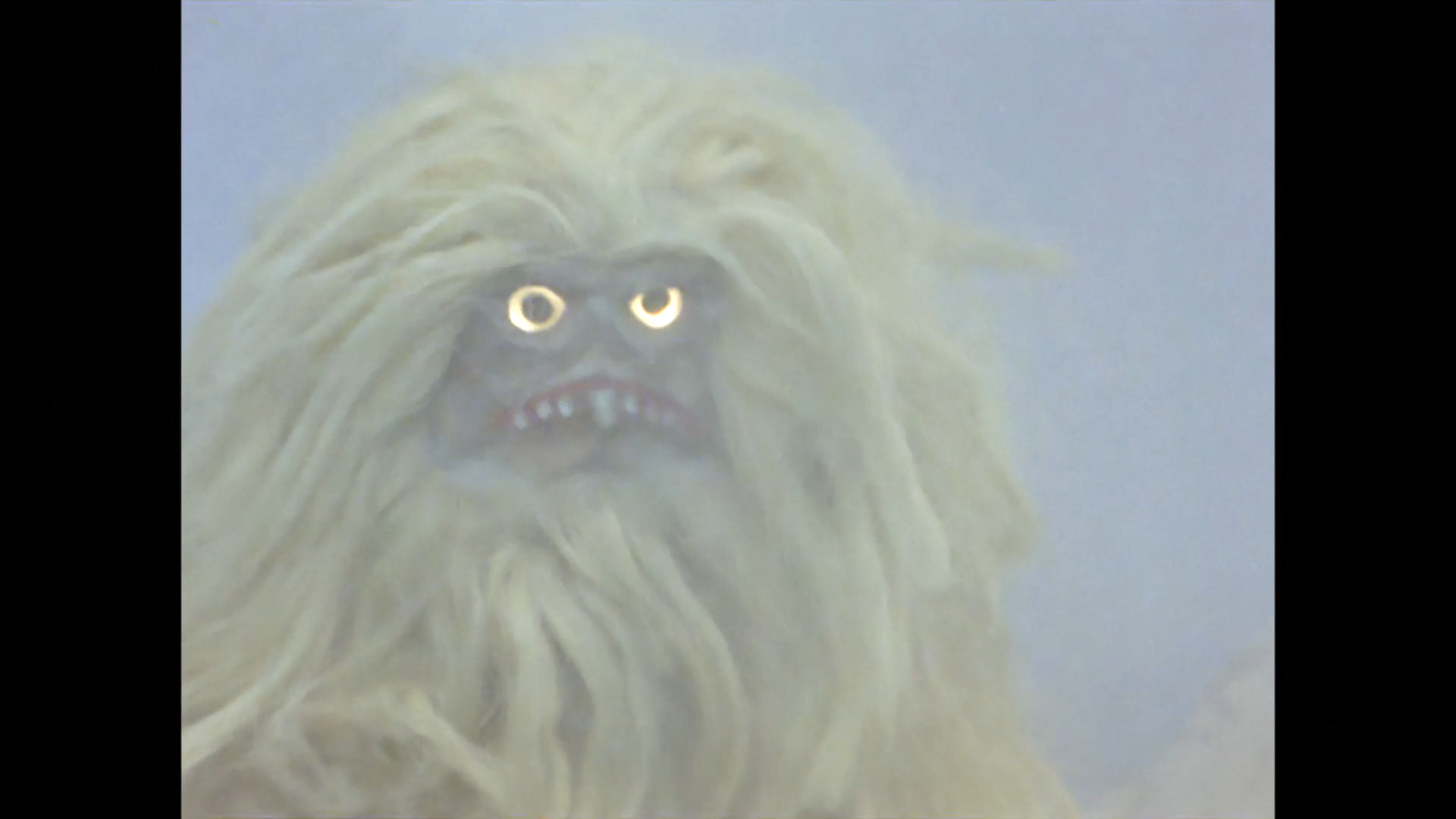 Not all of the Ultraman kaiju are goofy. Some are 31 flavors of badass and they bask in your despair as they’re robbing you of life. For example, Mega Monster Battle: Ultra Galaxy Legends The Movie gave us Belyudra, a monster created from the remains of the kaiju defeated by all the Ultra warriors in the past. Its behemoth body is literally made up of thousands of monsters squished together into the shape of Satan while he was going through his goth phase. It’s magnificent. 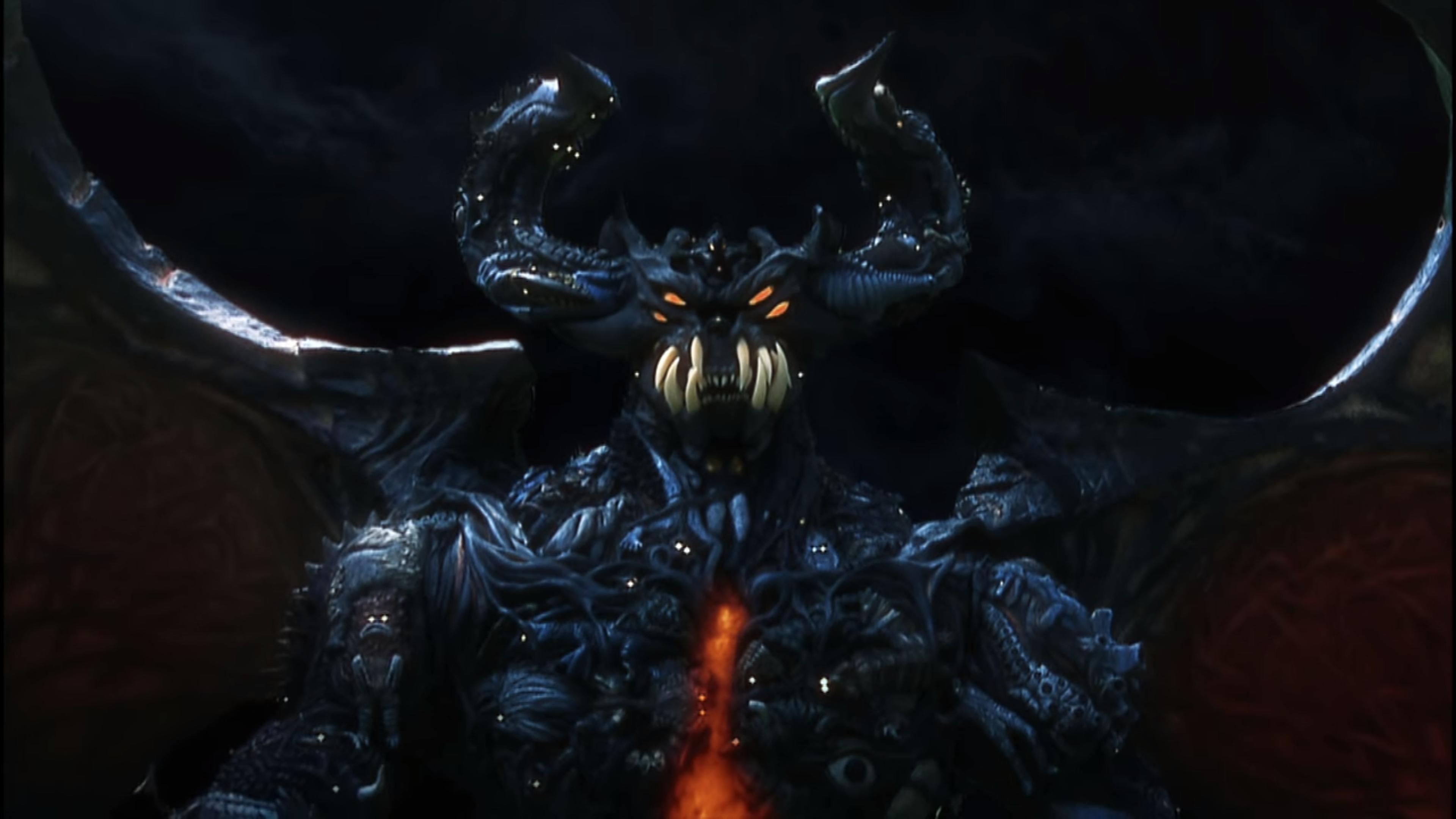 Wait, Is This All Related to That 2019 Netflix Ultraman Anime?

Yes! Also no. Sort of. Maybe? It’s a bit complicated.

The Netflix Ultraman anime is actually based on the Ultraman manga which is a bit … different. It’s set 40 years after the events of the original Ultraman show, starring the now aged Shin Hayata who lost his link to Ultraman and became a regular human. But then he got a suit that allowed him to replicate a lot of the same powers he used to have and now he uses them to fight monsters threatening Earth. Also, his son seems to be developing Ultraman powers of his own. It’s super fun, no doubt about it, but it’s not really relevant to the series as a whole. 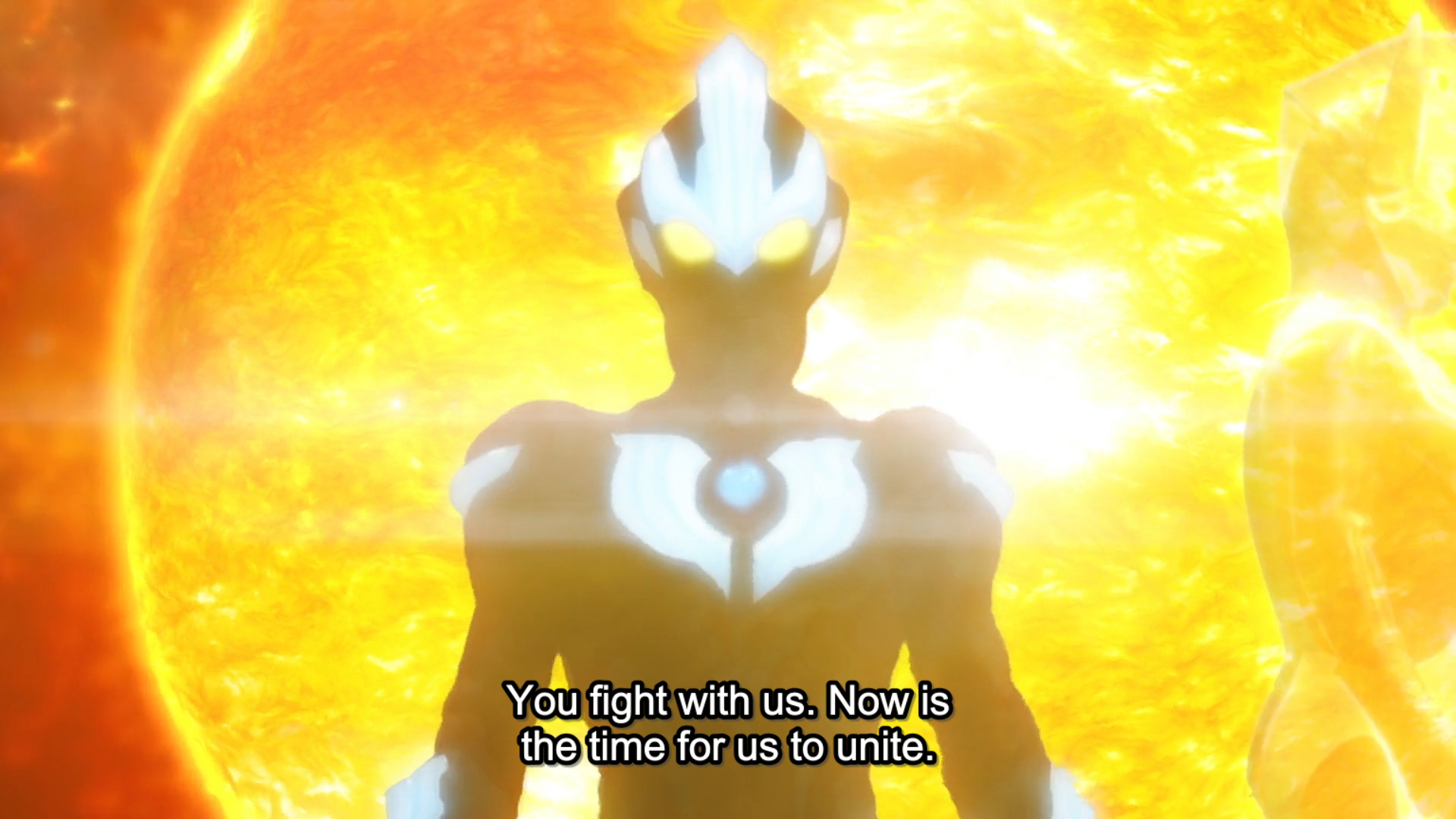 Ultraman has a long history but it’s not obsessed with it. Every new addition to the franchise respects and honors the past but tries to be its own thing, and that often means experimenting with its stories, characters, and tone. As a result, the entire Ultraman franchise becomes an expansive buffet of giant-alien-on-monster fights, and if you don’t like one, you can just move on to another. There are a lot to choose from.

Are you a fan of Ultraman? Which series is your favorite? Which would you recommend to people hoping to get into the world of Ultraman? Let us know in the comments section!