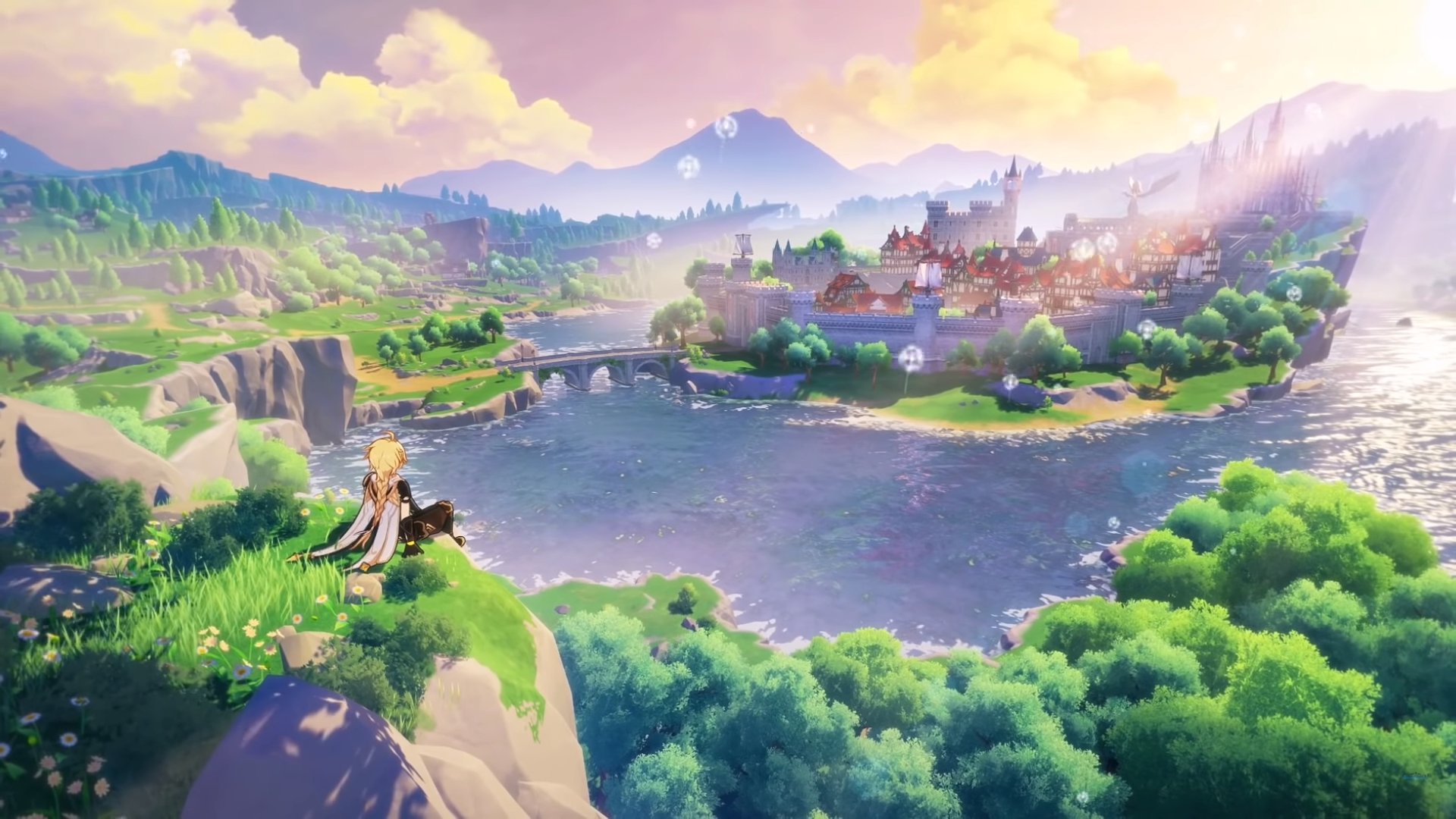 Genshin Impact has lived up to its name in that it has indeed made an impact upon the gaming world. Launched on September 26, the free-to-play open-world game has amassed $245 million in only its first month, and that’s from Android and iOS alone. I’m not ashamed to say that I have sunk an unholy number of hours into this game. Why do I like this game so much? Perhaps the biggest reason Genshin Impact is so appealing to me is that I am an anime fan.

Voices from all over the world of anime can be heard in Genshin Impact, from Naruto to My Hero Academia to currently airing seasonal anime. Being able to “hear” your favorite anime character in-game is part of what makes this game so great. Let’s take a look at some of the talented people from the anime industry whose voices bring the characters of Genshin Impact to life. 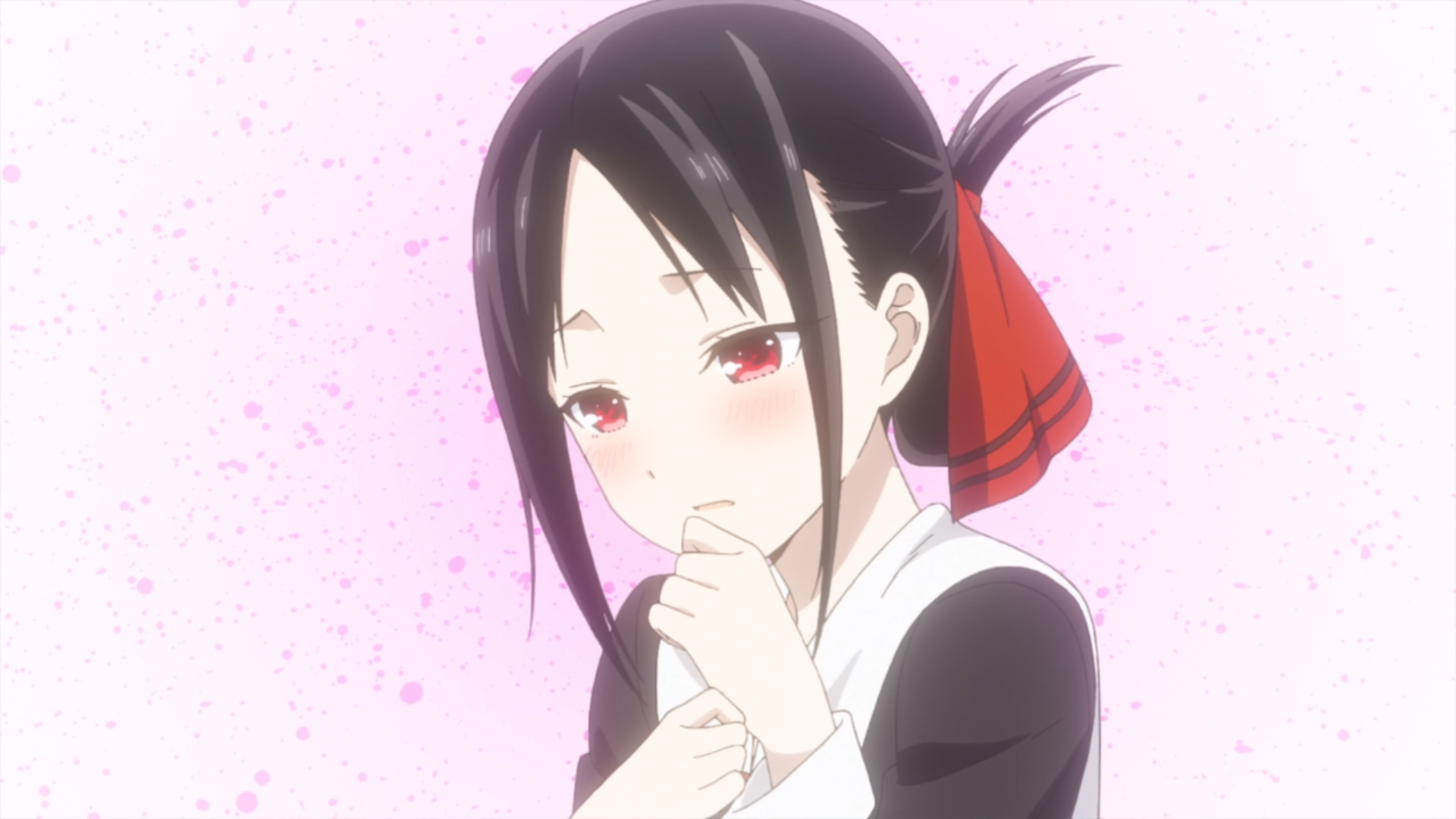 Paimon is the face of Genshin Impact. No, literally, her face is on the launcher icon. Imagine my shock when I found out she is voiced by Aoi Koga, the voice of Kaguya Shinomiya from Kaguya-sama: Love is War. The intimidatingly smart rich girl Kaguya and the squeaky and energetic (and kinda stupid) Paimon couldn’t be more different. Props to Koga for making both work. Koga has also voiced Elulu from Cautious Hero, Yuri Miyata from TWOCAR, and Sora Kaneshiro from Angel’s 3Piece. 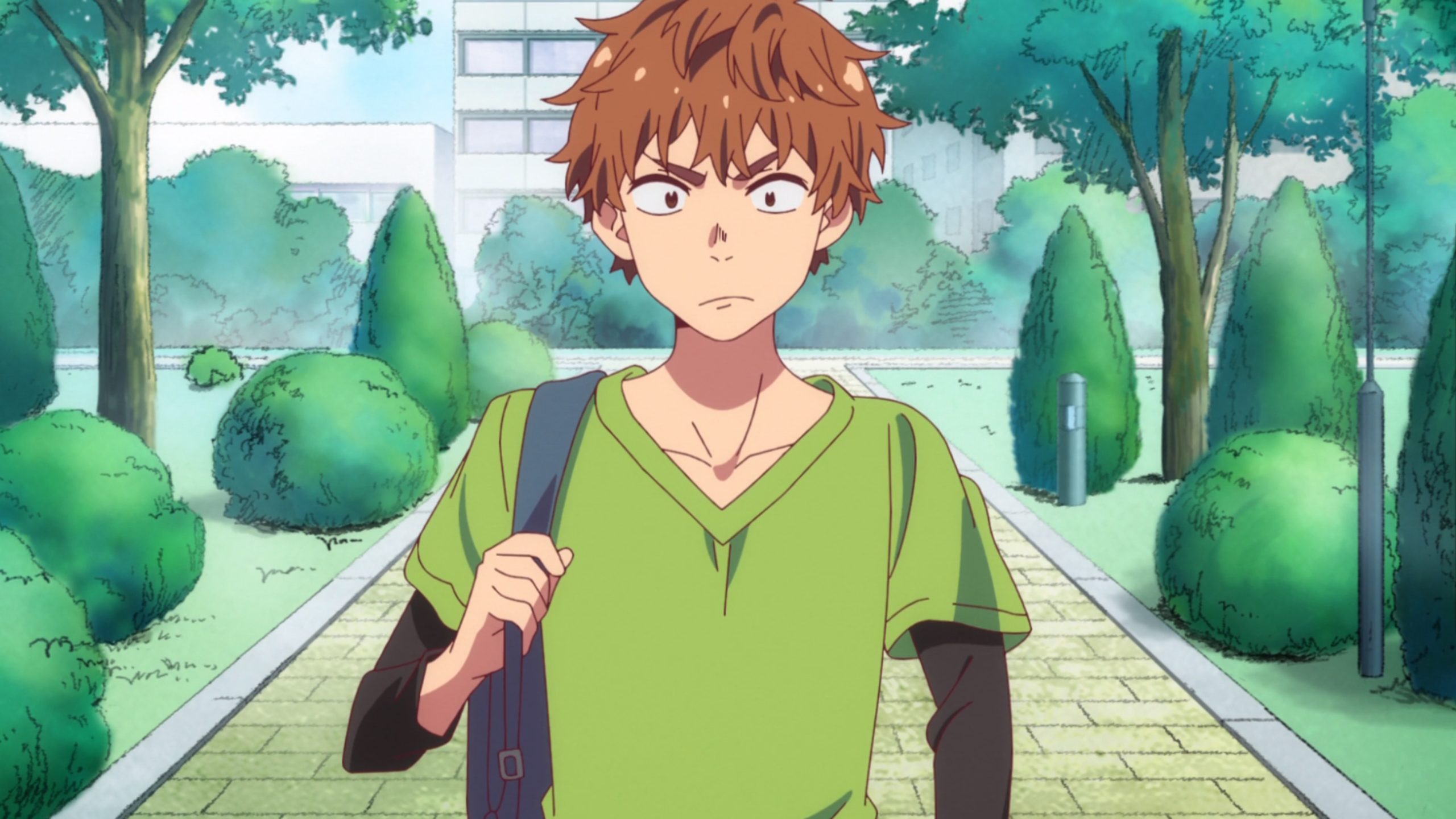 One of the first actions you take in the game (in most games, for that matter) is to choose your character. In Genshin Impact, you choose between two world-traveling twins, who the other characters simply refer to as “Traveler.” The male Traveler (whose official name is Aether) is voiced by Shun Horie. I personally recognize him as Enta from Sarazanmai, but most would know him as Kazuya (“Kazuya-kuuuuun!”) from Rent-a-Girlfriend. Some of his other roles include Ichiro Suzuki aka Satou Pendragon from Death March to the Parallel World Rhapsody, Rat from Juni Taisen: Zodiac War, and Hacker from this season’s Akudama Drive. 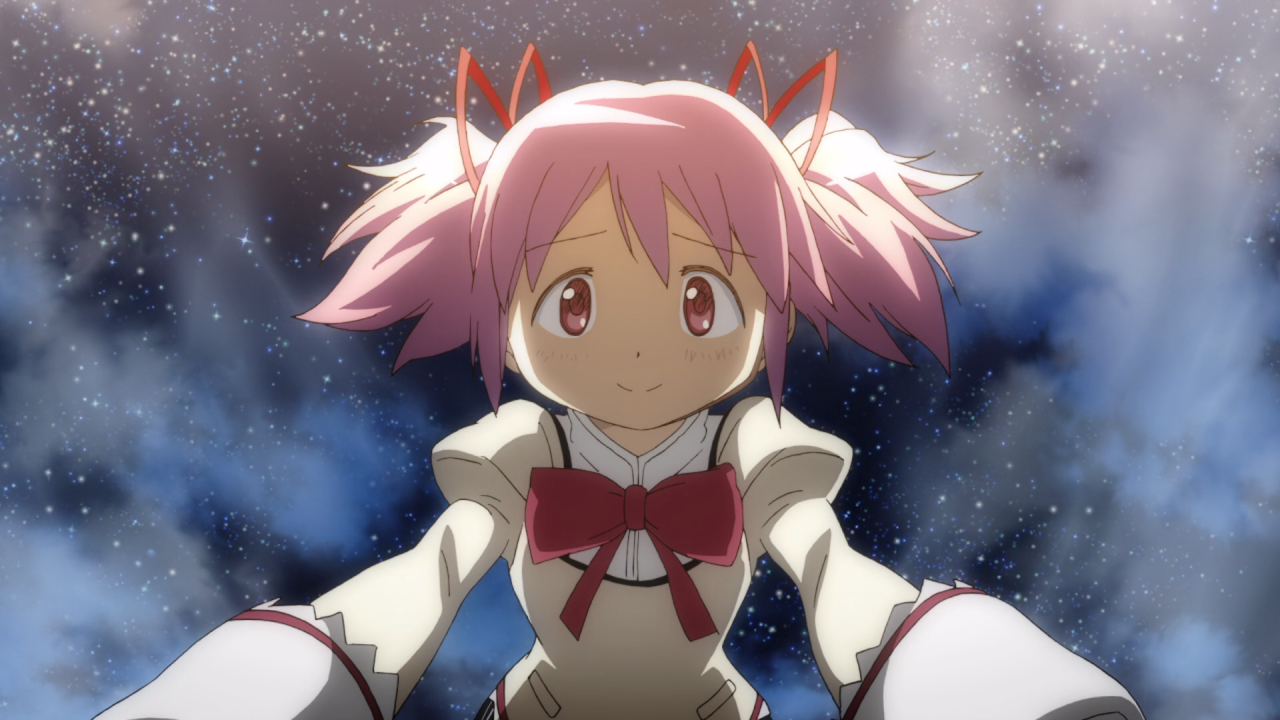 What about the female Traveler (whose official name is Lumine)? Turns out she’s voiced by Aoi Yuuki, who voices … Mami from the same show. The irony of this coincidence is not lost on me. Yuuki is probably best known for voicing Madoka Kaname, the protagonist of Puella Magi Madoka Magica. To me, however, her most memorable role was as the titular Boogiepop in 2019’s Boogiepop and Others; an unforgettable performance. She’s voiced a number of other notable roles, including Tamaki from Fire Force, Tsuyu Asui (Froppy) from My Hero Academia, Tanya from Saga of Tanya the Evil, Tornado from One-Punch Man, Kayo from ERASED, Yuuki Konno from Sword Art Online II, and Hachiman’s sister Komachi from My Teen Romantic Comedy SNAFU. 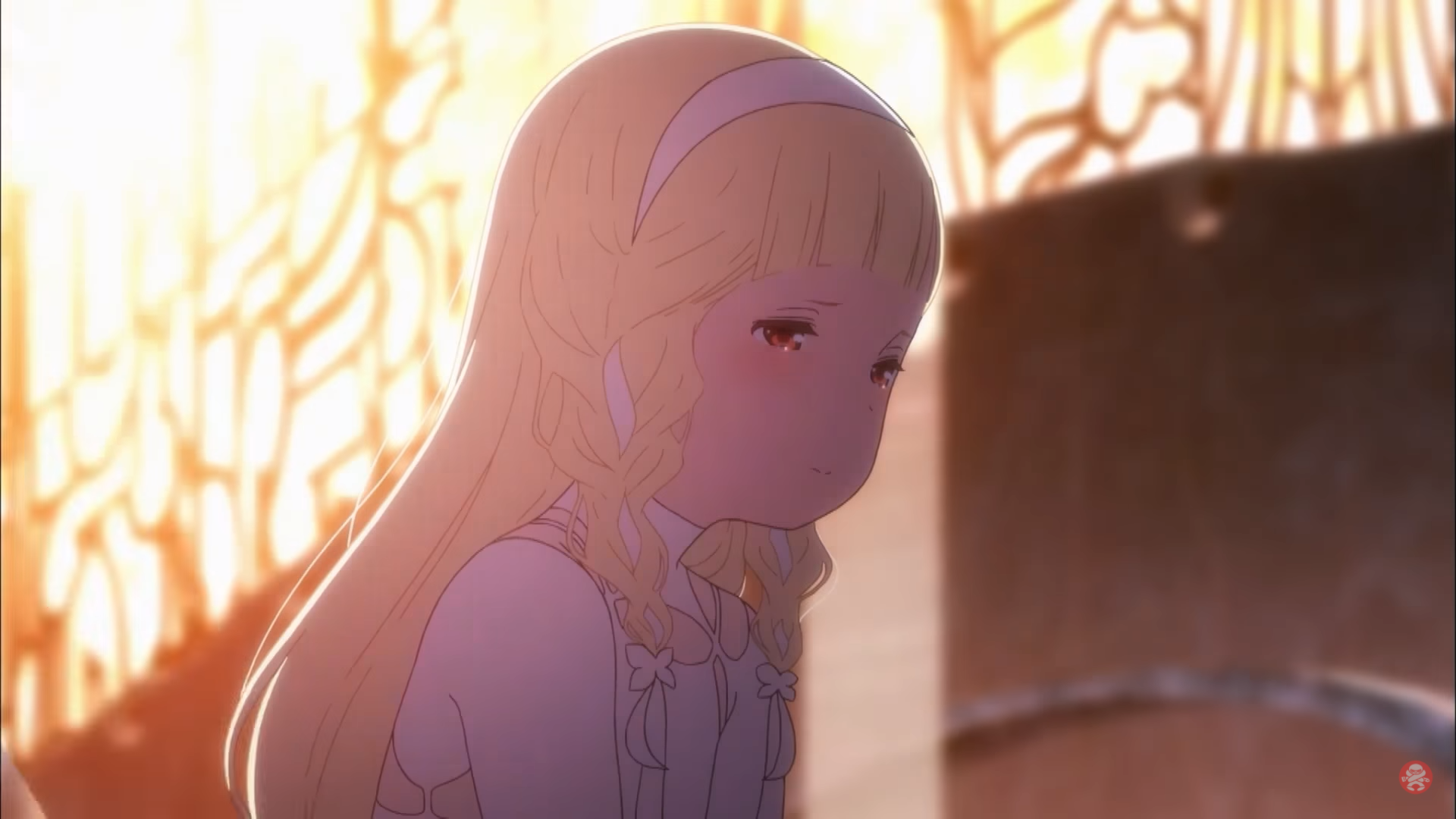 Amber is one of the game’s most popular characters, owing to her cheerful and optimistic personality. She is voiced by Manaka Iwami, the voice of Teresa Wagner in Tada Never Falls in Love, Lykos in Children of the Whales, Mizuho in Wave, Listen to Me!, and Maquia in Maquia: When the Promised Flower Blooms. 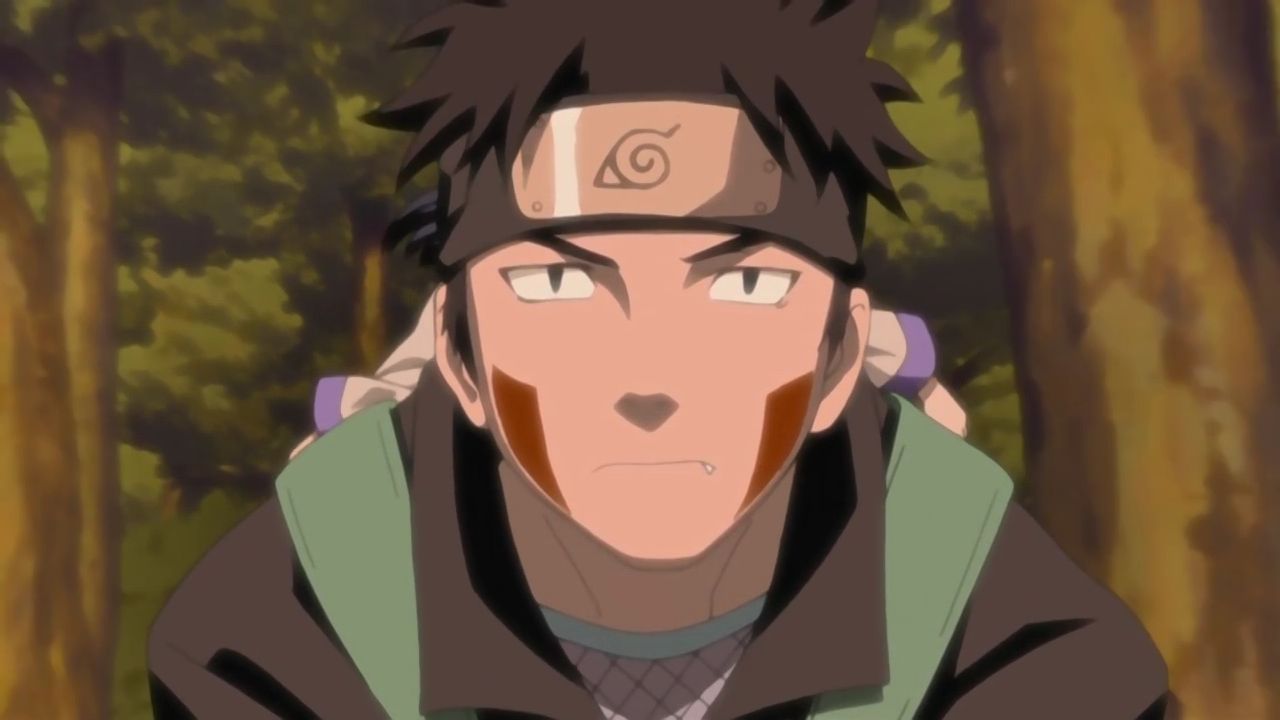 The cool and charismatic Kaeya is, surprisingly enough, voiced by Kohsuke Toriumi, known as the voice of the hotheaded Kiba from Naruto. He has also voiced Shunsuke Imaizumi from Yowamushi Pedal, Mista from JoJo’s Bizarre Adventure: Golden Wind, and Cecil from the Uta no Prince-sama franchise. 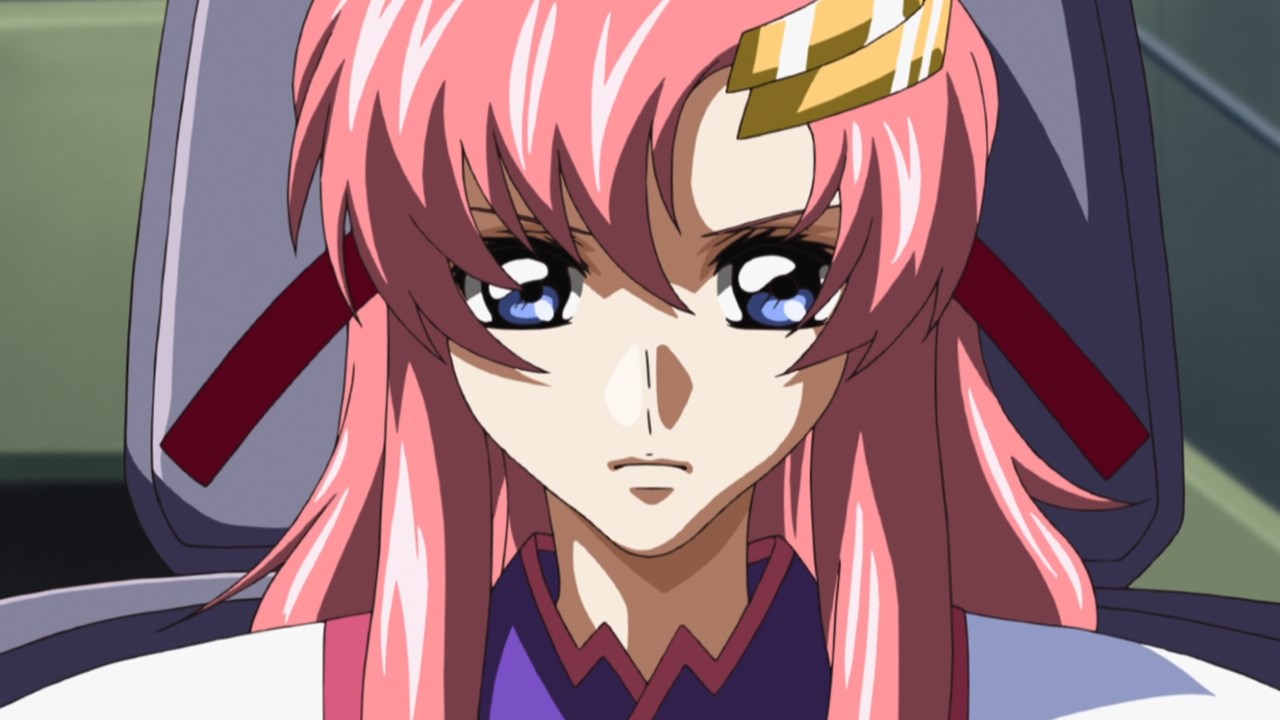 A lazy and flirtatious scholar with electrical powers, Lisa is voiced by the experienced Rie Tanaka, who one might easily recognize as Lacus Clyne from Mobile Suit Gundam SEED. The gentle, “sisterly” voice of Lacus suits Lisa’s personality to a T. Tanaka has also voiced Yomi from Azumanga Daioh, Chii from Chobits, Sammy from Time of Eve, Maria from Hayate the Combat Butler, Chizuru from Squid Girl, and Suiginto from Rozen Maiden. 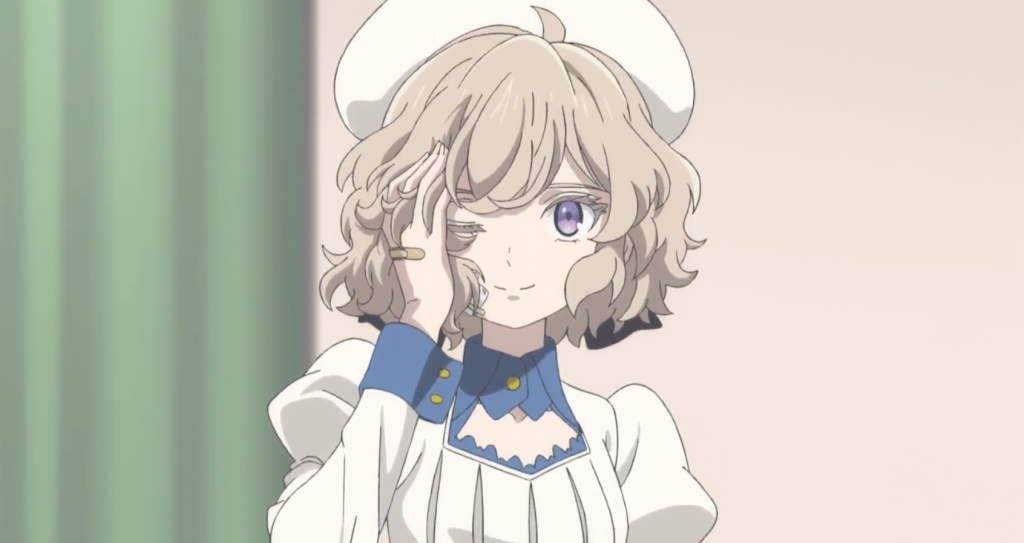 The first Akari Kito role that catches the eye is her performance as Kotoko Iwanaga in In/Spectre; both she and Barbara have a near-identical dressing sense, with their frilly white frock and cap. Kito has also voiced Nezuko in Demon Slayer, Nene Yashiro in Toilet-Bound Hanako-kun, Kaho Hinata in BLEND-S, and Suzune Horikita in Classroom of the Elite. You can also look forward to hearing her as Tsukasa in TONIKAWA and Adachi in Adachi and Shimamura this season. 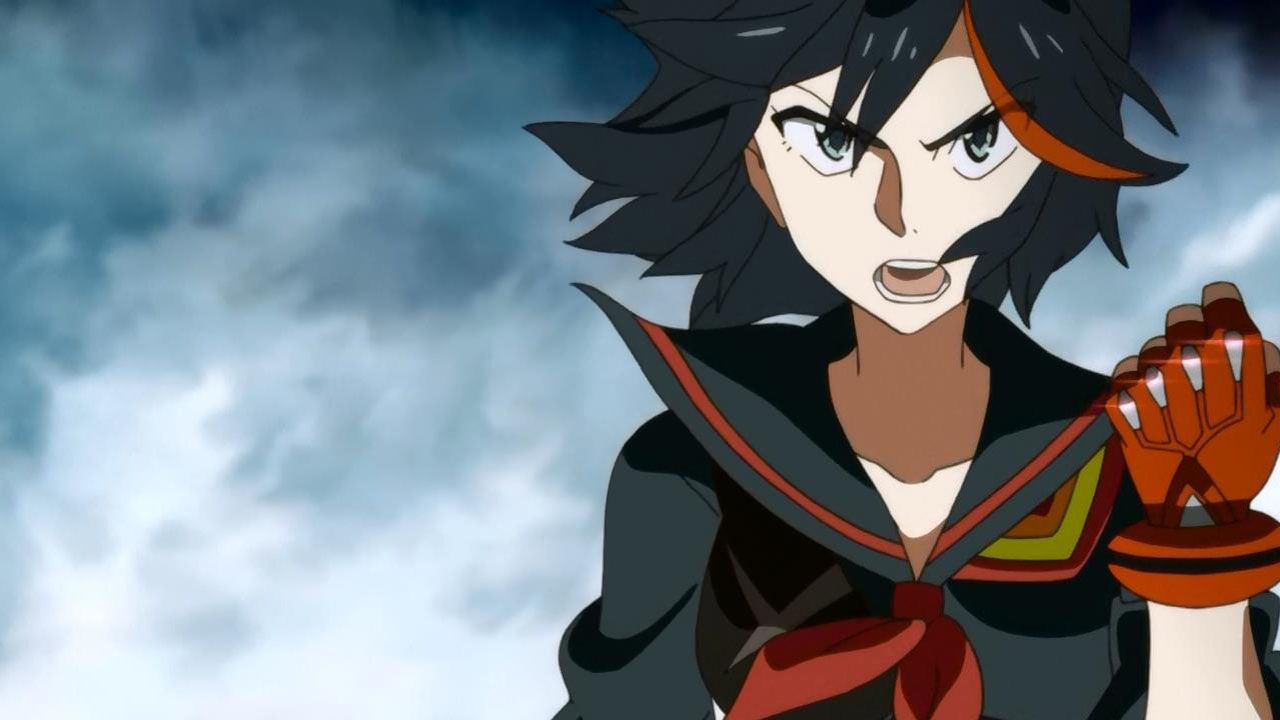 Beidou is voiced by Ami Koshimizu, voice of Ryuko from Kill la Kill and Kallen from Code Geass — two popular characters from two of the biggest shows of our times. Some of her other roles include Holo from Spice and Wolf, Tenma from School Rumble, Nodoka from Saki, and Shizuri from A Certain Scientific Railgun. 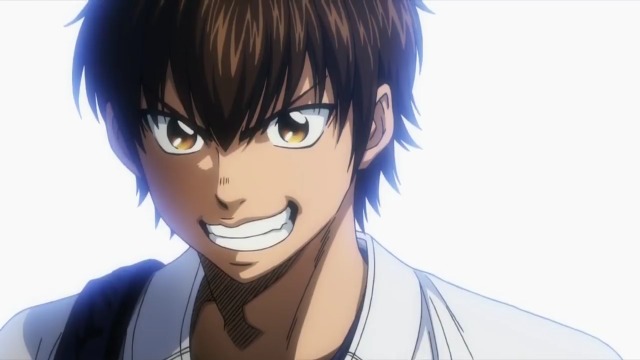 Bennett’s design coupled with his “passionate” and “righteous” personality screams “protagonist” to me. And that’s exactly what his voice actor Ryota Osaka delivers, being the voice of Eijun Sawamura from Ace of the Diamond, Nariyuki Yuiga from We Never Learn: BOKUBEN, and Ryu Yamada from Yamada-kun and the Seven Witches. His other roles include Zen Wistalia in Snow White with the Red Hair, Keiji Akaashi in Haikyu!!, Yuki Sanada in Tsuritama, Nagate in Knights of Sidonia, Ikki Kurogane in Chivalry of a Failed Knight, and Sadao Mao in The Devil is a Part-Timer!. 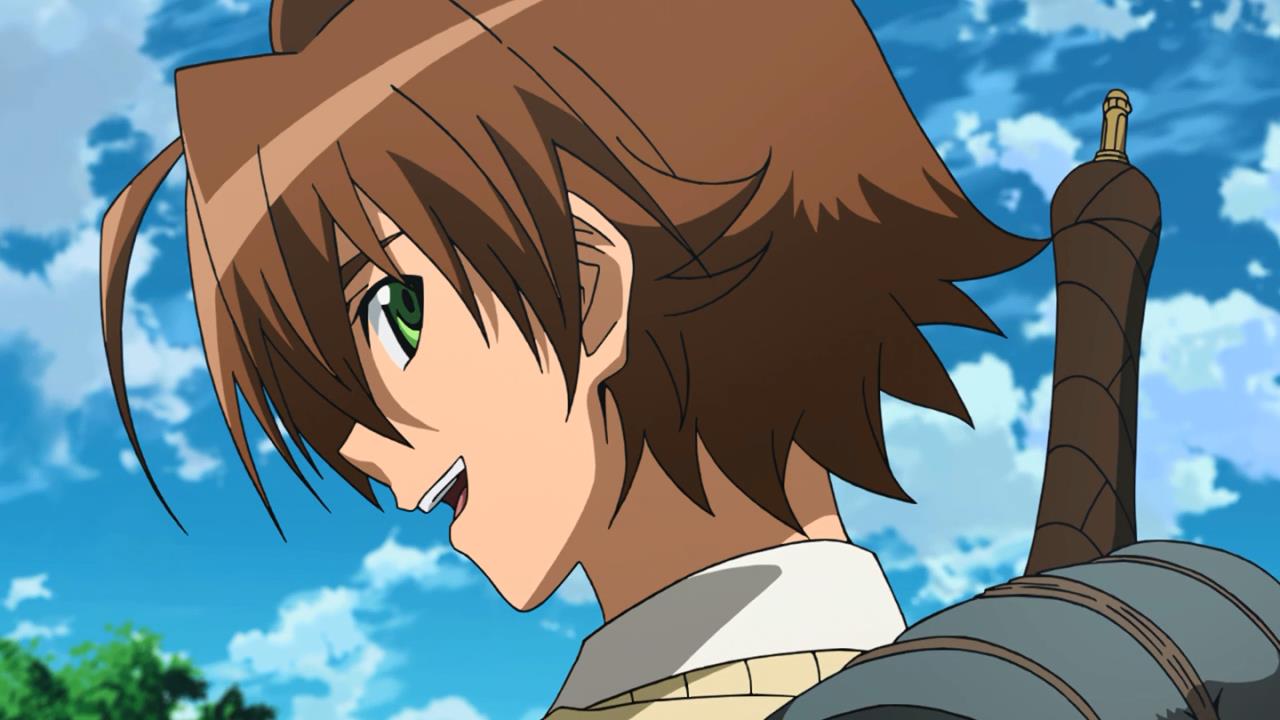 Chongyun is voiced by Soma Saito, perhaps best known as Yamaguchi from Haikyu!!. However, his breakout performance was as young Twelve in Terror in Resonance. Other notable roles include Tatsumi from Akame ga Kill, Adlet Mayer from Rokka: Braves of the Six Flowers, Doppio from JoJo’s Bizarre Adventure: Golden Wind, and William James Moriarty from the currently-airing Moriarty the Patriot. 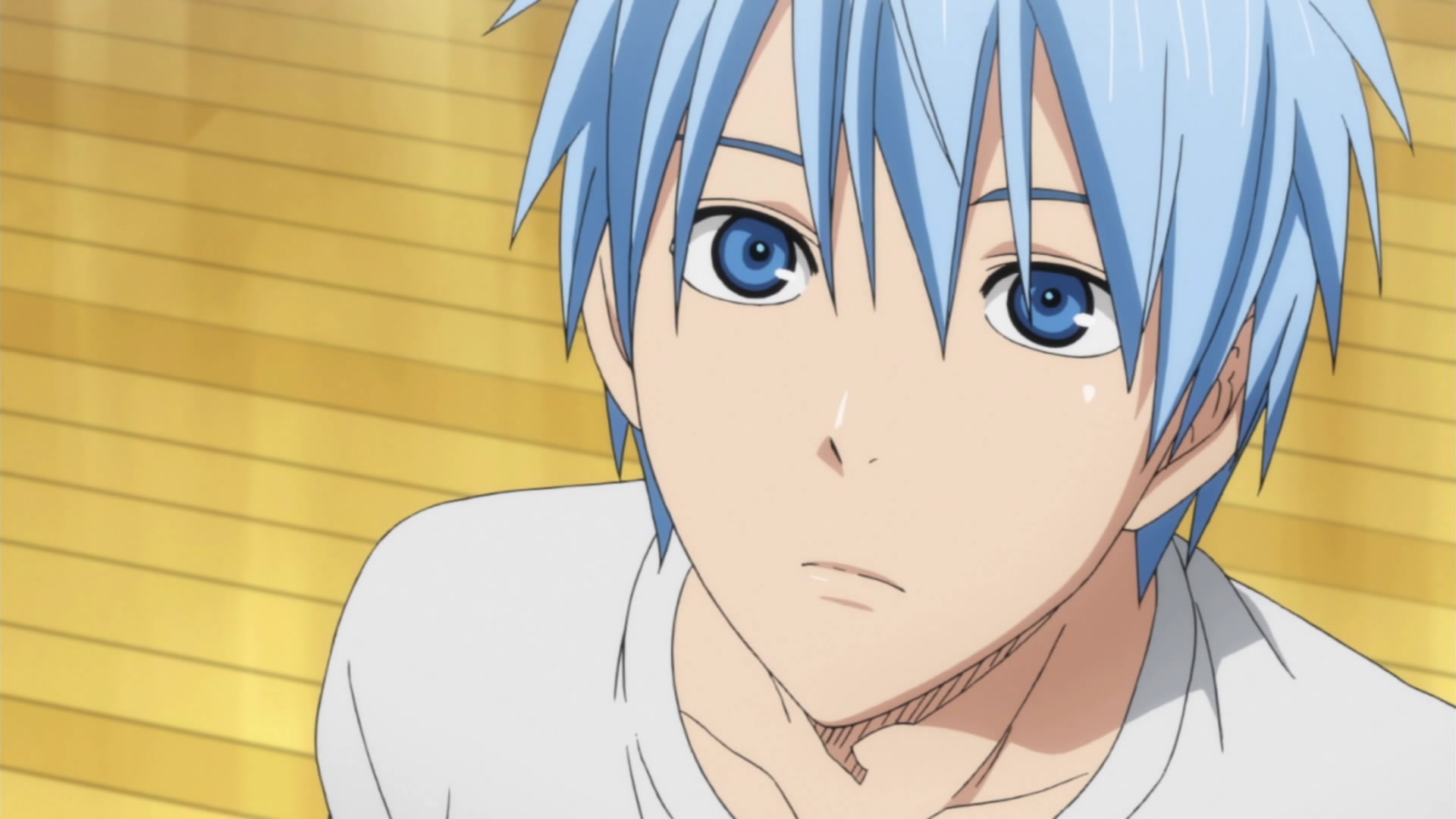 Diluc is widely considered to be the best character in the game from a gameplay perspective. He is voiced by Kensho Ono, whose most famous voice performance is undoubtedly Giorno Giovanna, the protagonist of JoJo’s Bizarre Adventure: Golden Wind. Ono is also known for his performance as the titular Kuroko from Kuroko’s Basketball. Other roles include Canute from Vinland Saga, Arata from ReLIFE, Mikazuki from My Roommate is a Cat, Slaine Troyard from Aldnoah.Zero, Tanaka from Tanaka-kun is Always Listless, and Akutagawa from Bungo Stray Dogs. 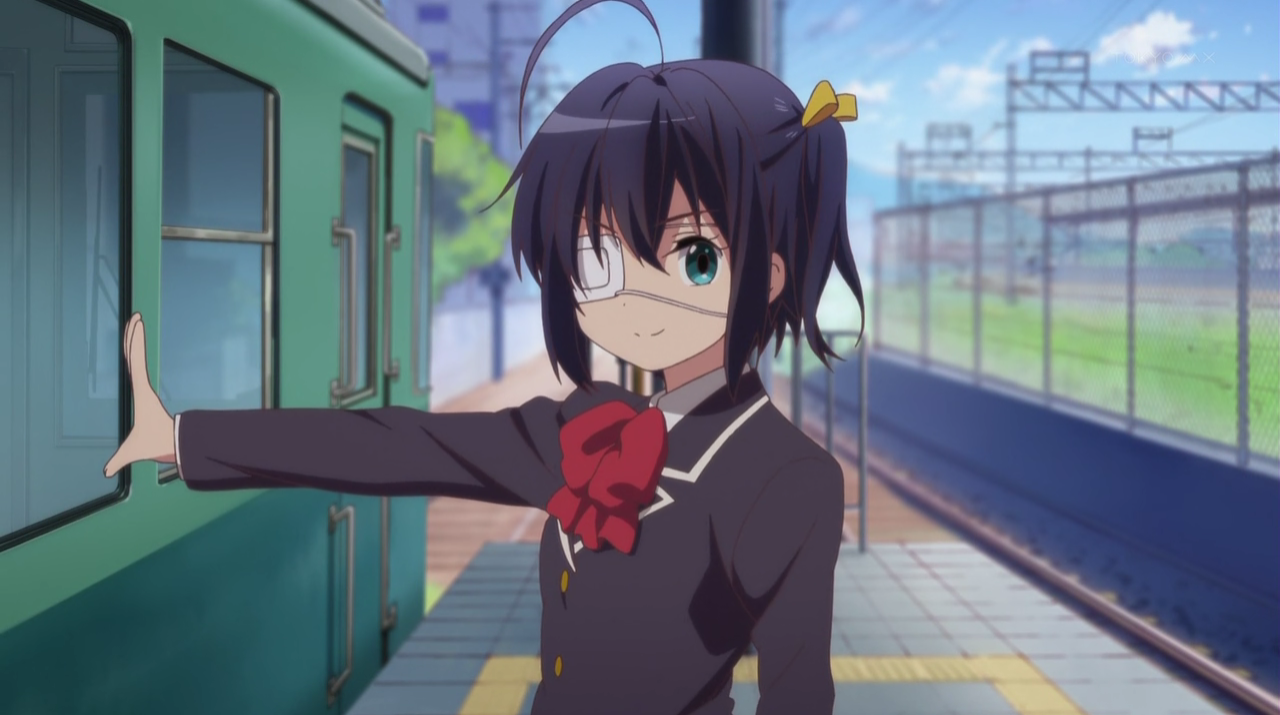 In what has to be the most on-point casting in this game, Maaya Uchida — best known as the voice of delusional eyepatch-wearing chunibyo (middle-schooler) Rikka from Love, Chunibyo, and Other Delusions — voices a delusional eyepatch-wearing chunibyo in Fischl. Well done, miHoYo, well done. She also voices Hiyori from Noragami, Norman from The Promised Neverland, Catarina Claes from My Next Life as a Villainess, Yoshioka from Blue Spring Ride, and Rui from Domestic Girlfriend. 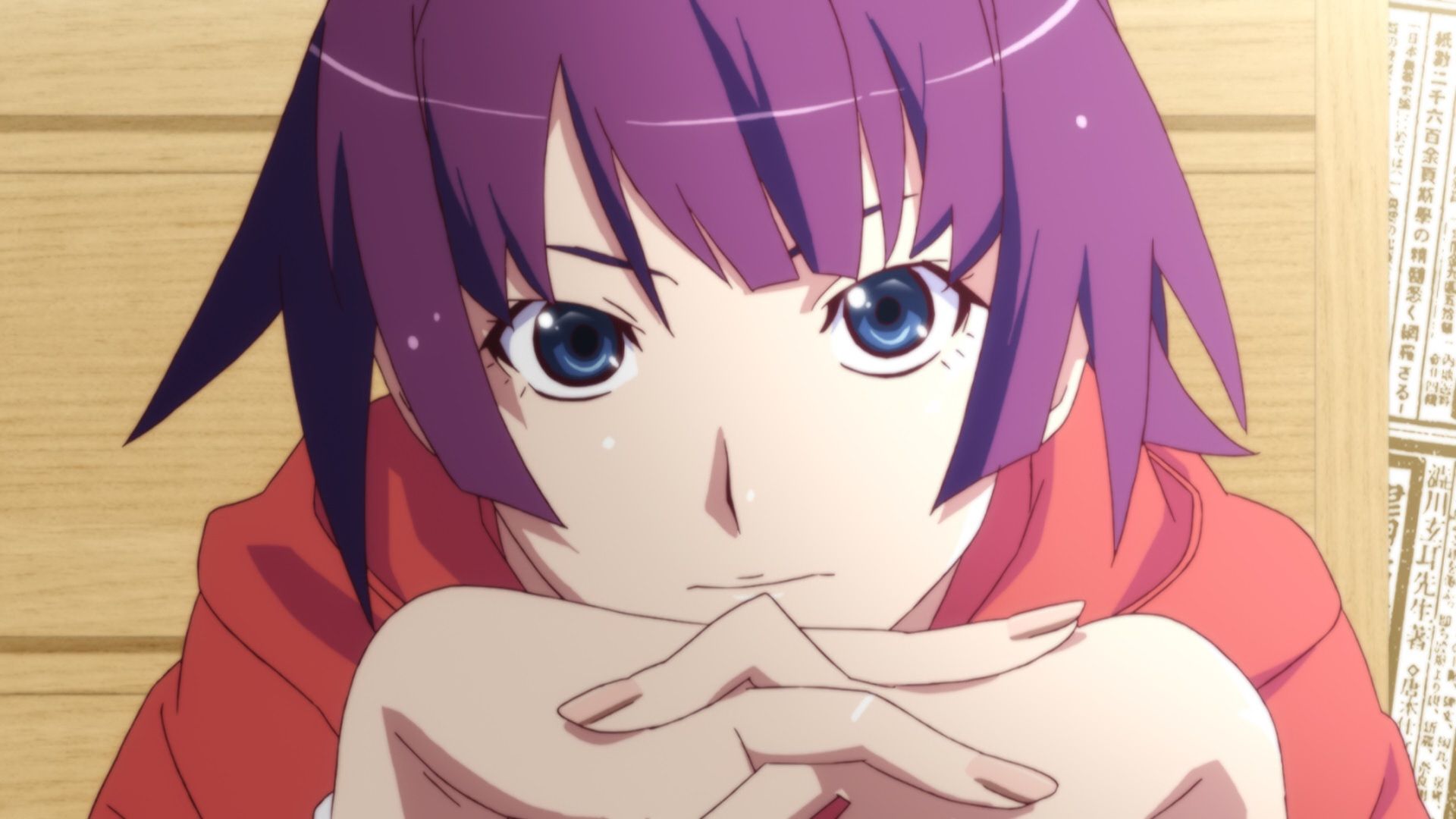 Chiwa Saito (the voice of Jean) went on to become one of my favorite voice actors after I heard her as Hitagi in Bakemonogatari, Yona in Yona of the Dawn, and Homura in Puella Magi Madoka Magica. Some of her other performances include Aika in Aria the Animation, Chloe von Einzbern in Fate/Kaleid Liner Prisma Illya 2wei, and Schierke in 2016’s Berserk. 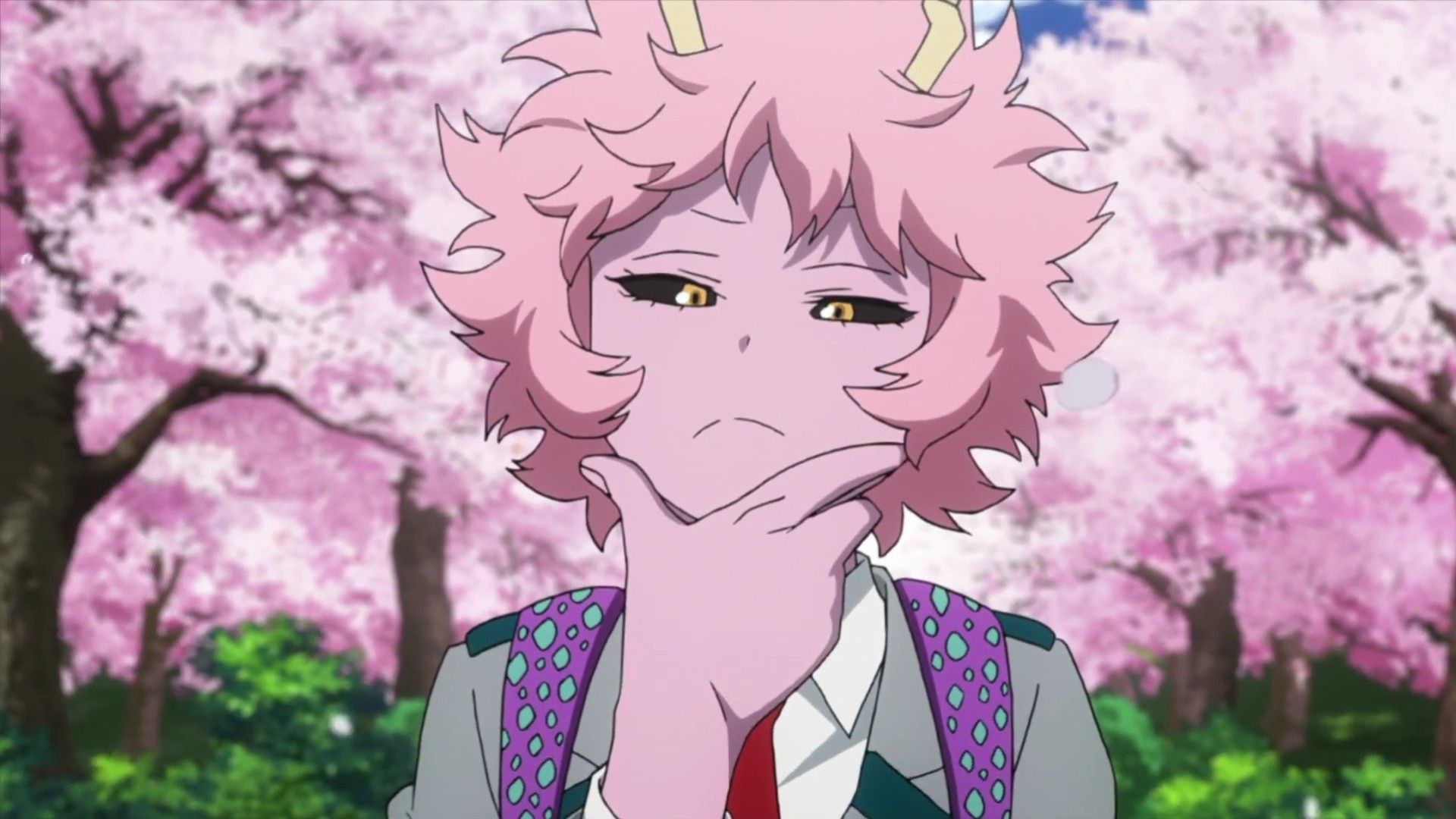 The energetic and hardworking Keqing is played by Eri Kitamura, known for voicing such energetic characters as Mina Ashido in My Hero Academia, Yui in Angel Beats, and Sayaka in Puella Magi Madoka Magica. She also voices Ami in Toradora!, “Chief” Yachiyo in Wagnaria!!, and Bea in Pokemon: Twilight Wings. 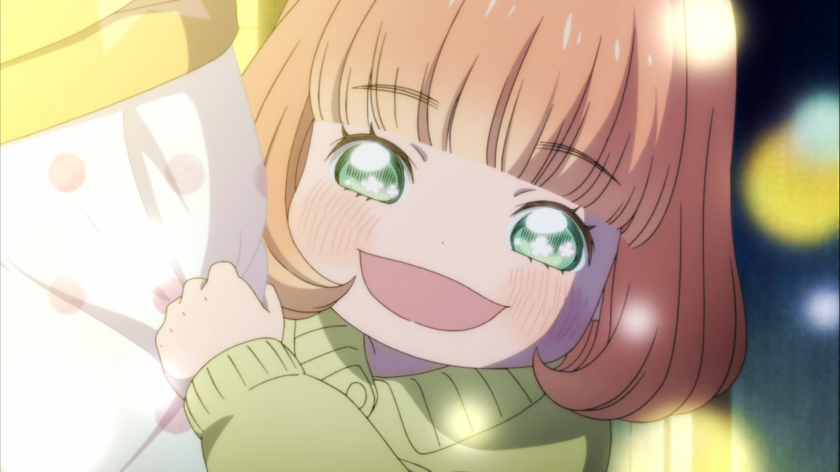 Klee has quickly become a fan favorite, partly due to her short stature and childlike demeanor. She is quite appropriately voiced by Misaki Kuno, known for voicing “childlike” characters such as Hawk from The Seven Deadly Sins, Momo Kawamoto from March Comes in Like a Lion, Shio from Happy Sugar Life, Serara from Log Horizon, Niko from Kiznaiver, and Akane from Durarara!! x2. 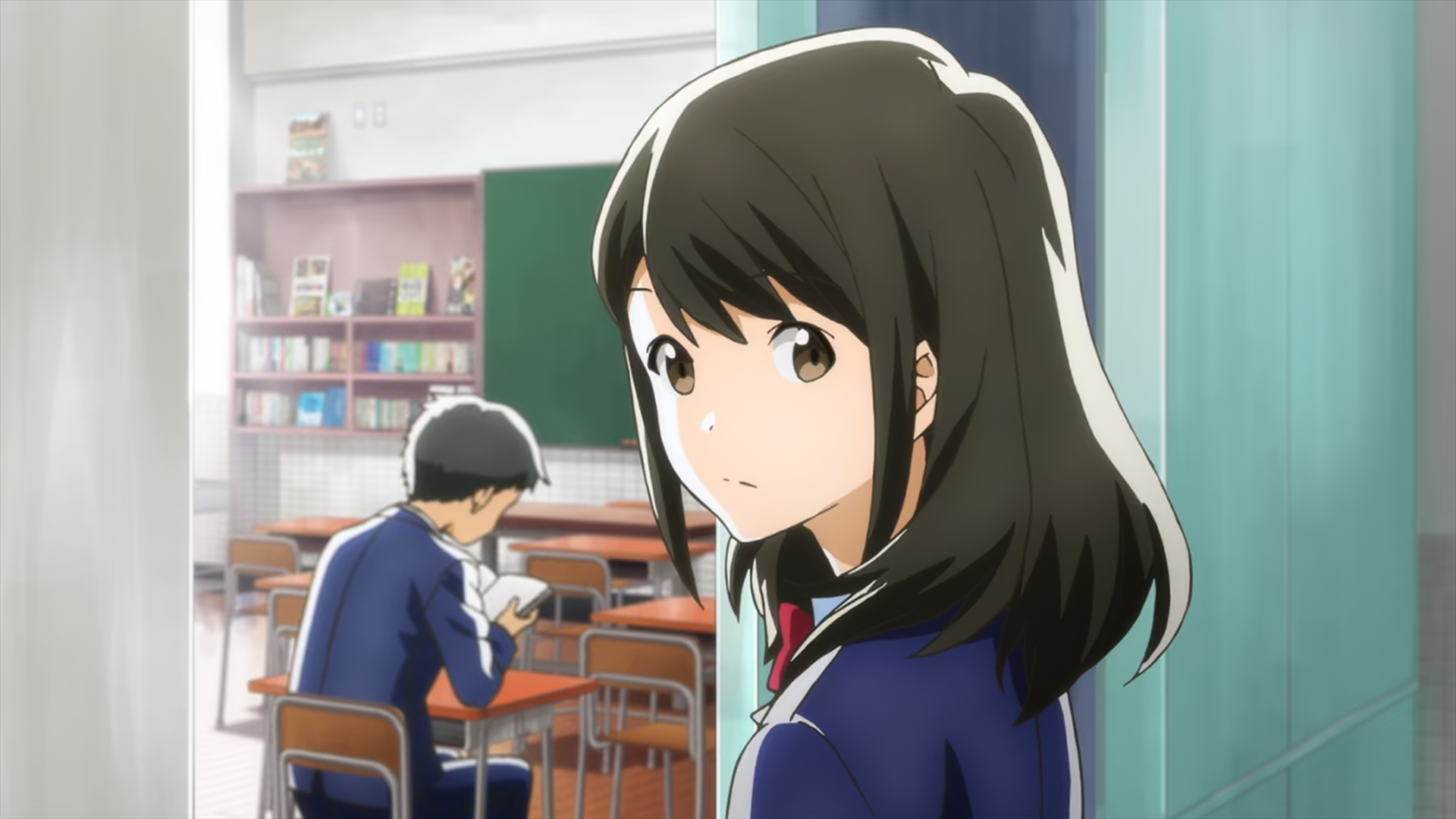 Is it a coincidence that this game has both Aoi Koga AND Konomi Kohara (who voice Kaguya and Chika in Kaguya-sama: Love is War)? I think not. Kohara’s other notable roles include Akane from Tsukigakirei, Kasumi from Asobi Asobase – workshop of fun –, Mina Hibino from Karakai Jozu no Takagi-san, Shamiko from The Demon Girl Next Door, and Tsukasa’s sister Chitose from TONIKAWA. 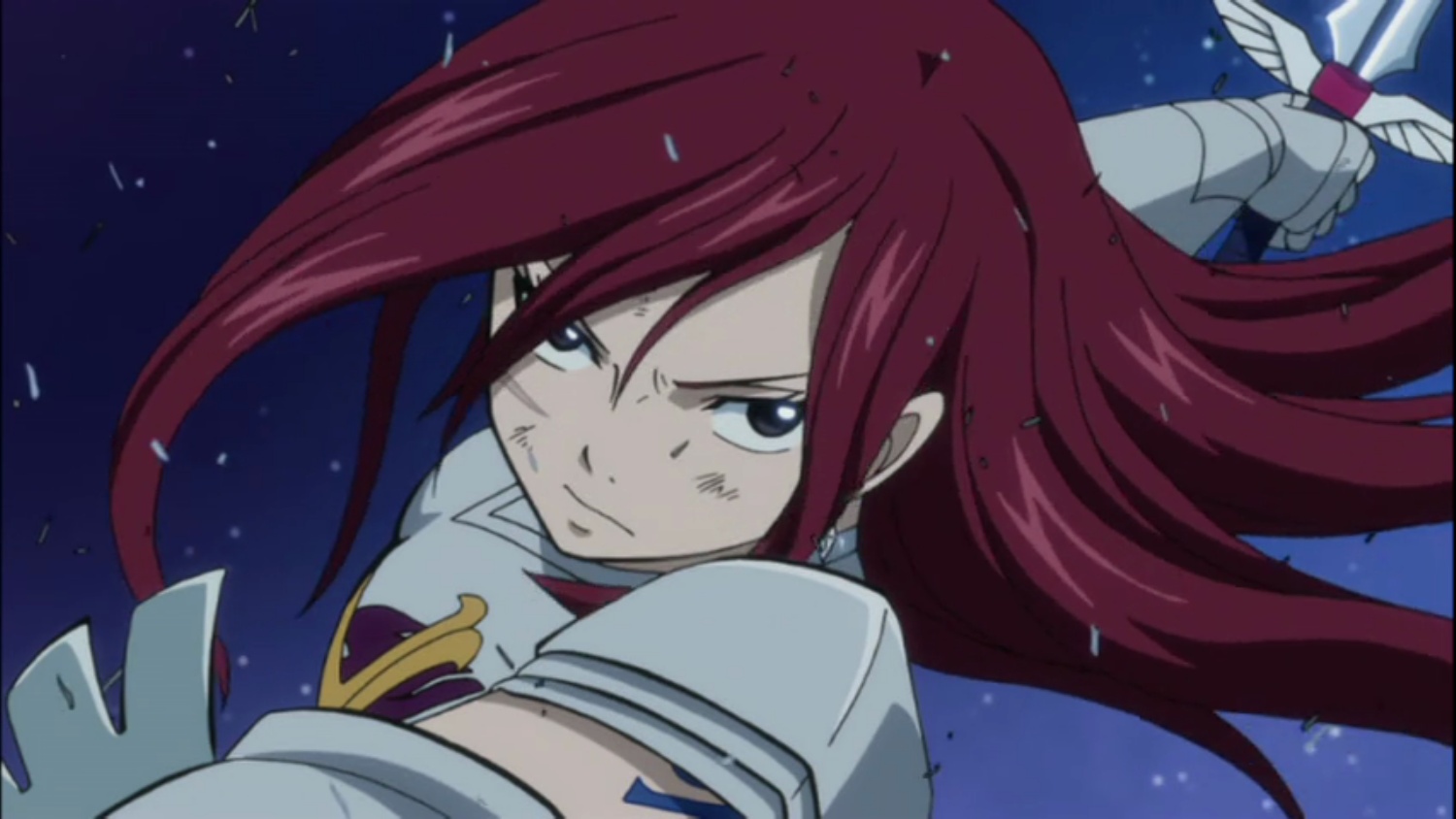 Sayaka Ohara is known for her deep, “mature” voice — an apt fit for Ningguang. While Ohara’s best-known voice role is probably as Erza Scarlet in the Fairy Tail series, she has also delivered iconic performances as Beatrice from the Umineko When They Cry visual novels and Yuuko in xxxHolic. Other well-known roles include Irisviel from Fate/Zero, Alice from Aria the Animation, Milly Ashford from Code Geass, and Mrs. Yuigahama (Gaha-mama) in My Teen Romantic Comedy SNAFU. 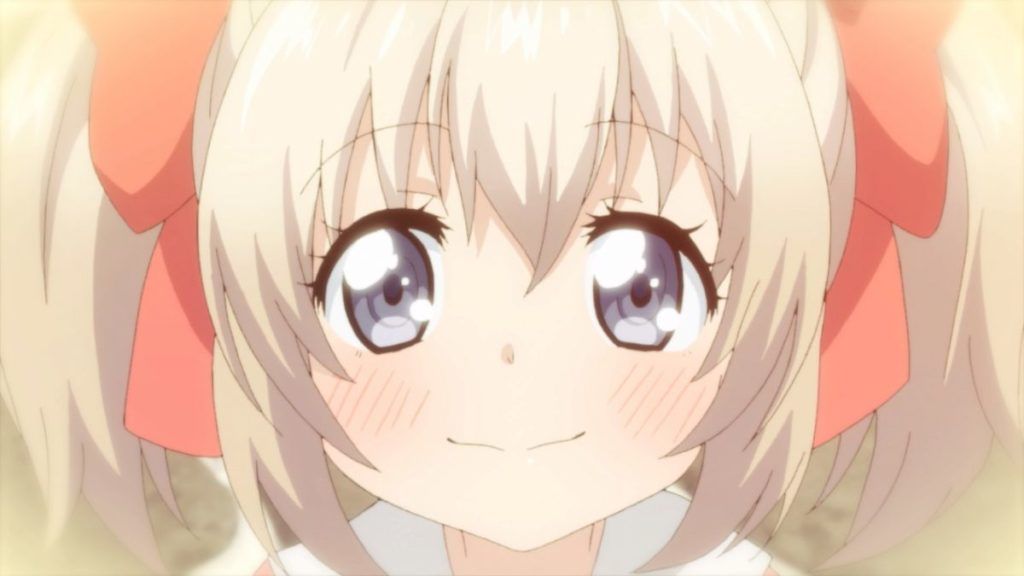 Kanon Takao has not done a whole lot of voice roles but there are still some recognizable titles on their resume, such as Hina Tsurugi from the recently-aired Diary of Our Days at the Breakwater, Latina from If It’s for My Daughter, I’d Even Defeat a Demon Lord, Aku from Demon Lord, Retry!, and Linnea from The Master of Ragnarok & Blesser of Einherjar. 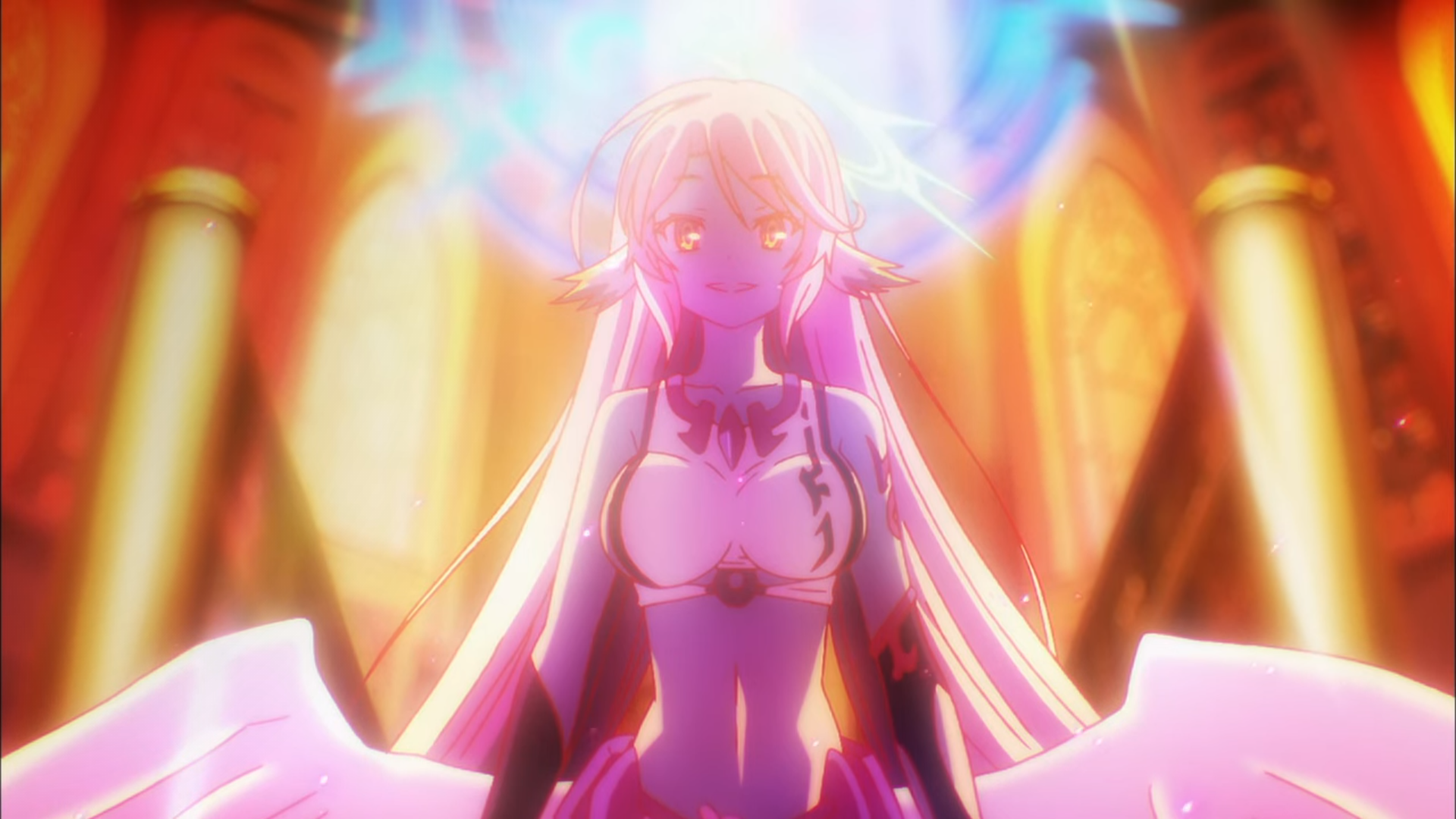 Qiqi is voiced by Yukari Tamura, who shot to fame as the voice of protagonist Nanoha Takamachi from the influential magical girl franchise Magical Girl Lyrical Nanoha. Her other significant voice roles are as Togame in Katanagatari, Tenten in Naruto, Rika Furude in When They Cry, Io Euclase in GRANBLUE FANTASY: The Animation, Mai Kawasumi in Kanon, Yamada in B Gata H Kei, and Jibril in No Game No Life. 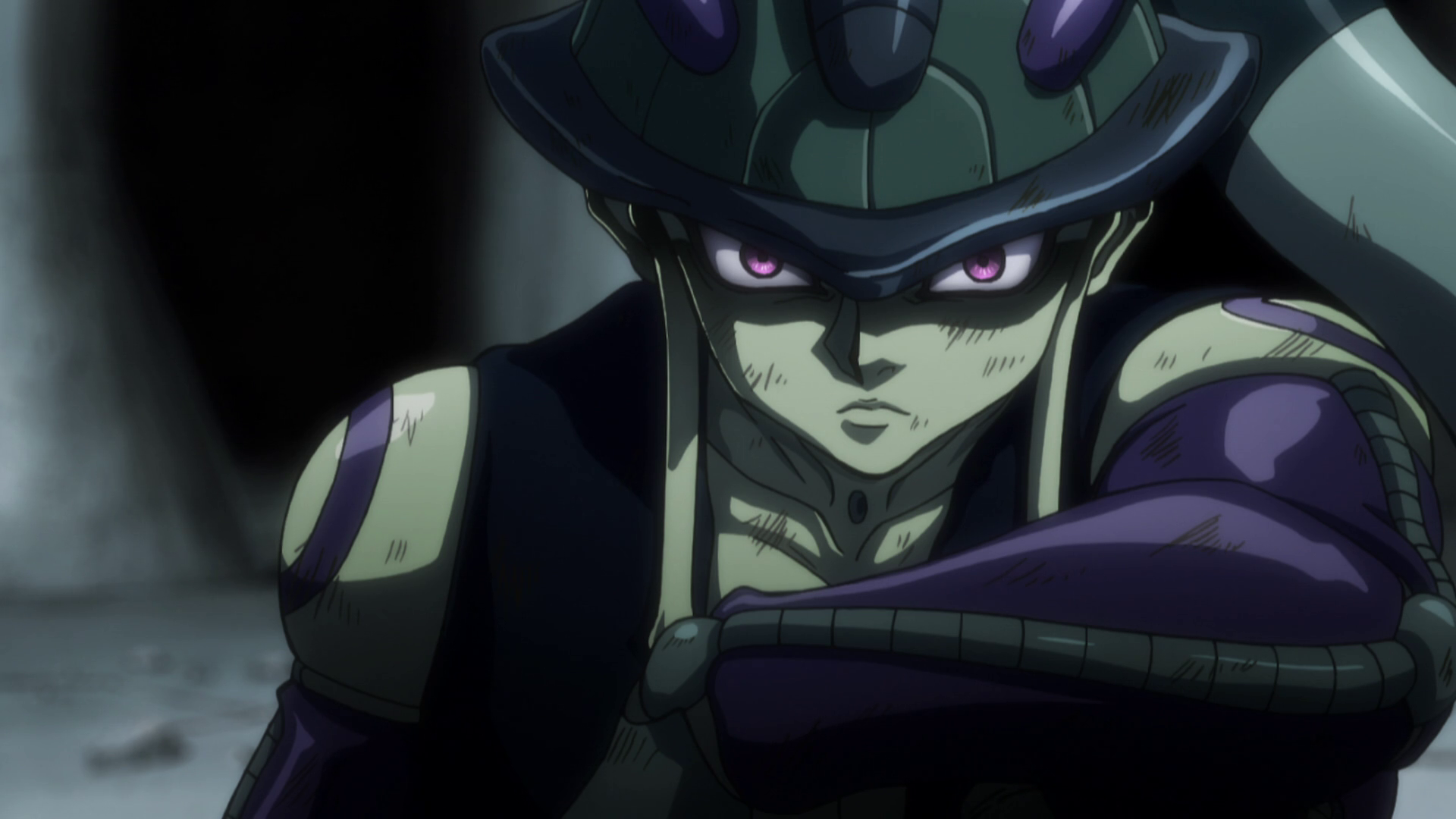 Kouki Uchiyama is known for his soft-spoken roles, especially villainous ones like Meruem from Hunter x Hunter, Shigaraki from My Hero Academia, and Rui from Demon Slayer. Even his non-villainous roles have that serious, soft-spoken nature to them — Tsukishima from Haikyu!!, Smile from Ping Pong the Animation, Natsuno from Shiki, Yu Otosaka from Charlotte, and Toi from Sarazanmai. He is a perfect fit for Razor, a menacing wolf-boy of few words. 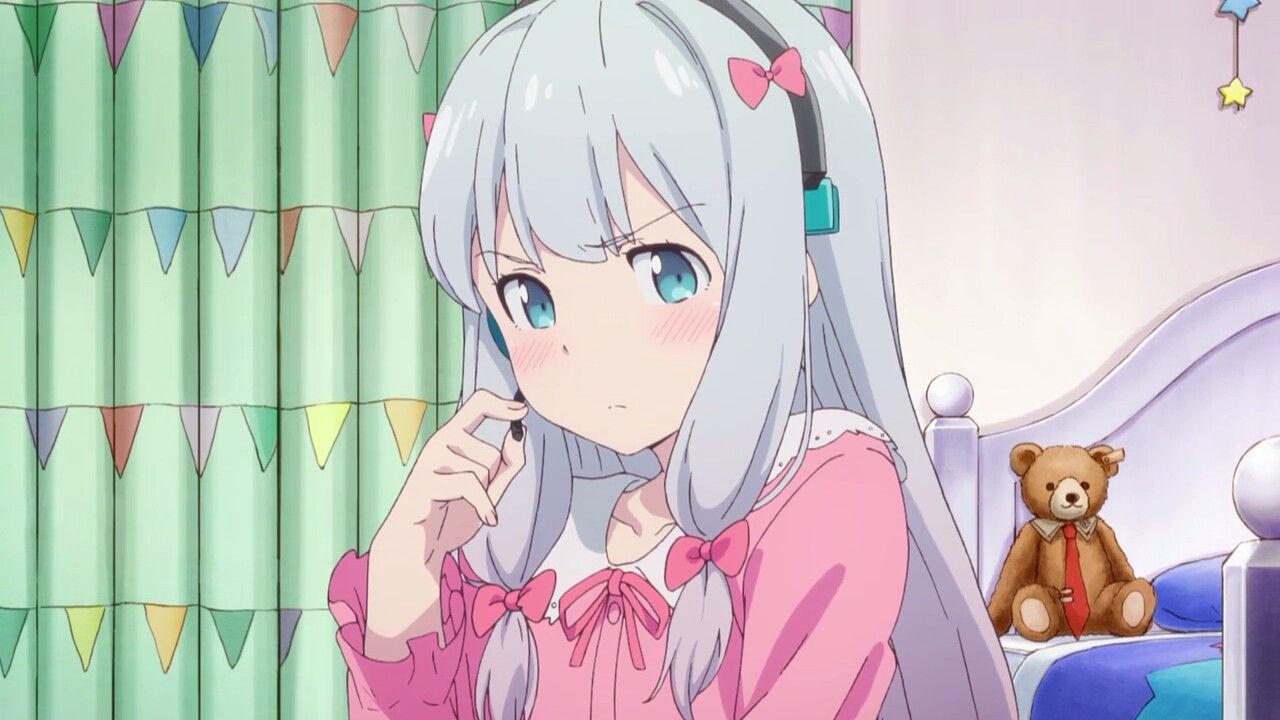 Akane Fujita (the voice actor for curious bio-alchemist Sucrose) had her breakout year in 2017 when she played Sagiri Izumi in Eromanga Sensei and Sistine Fibel in Akashic Records of Bastard Magic Instructor. 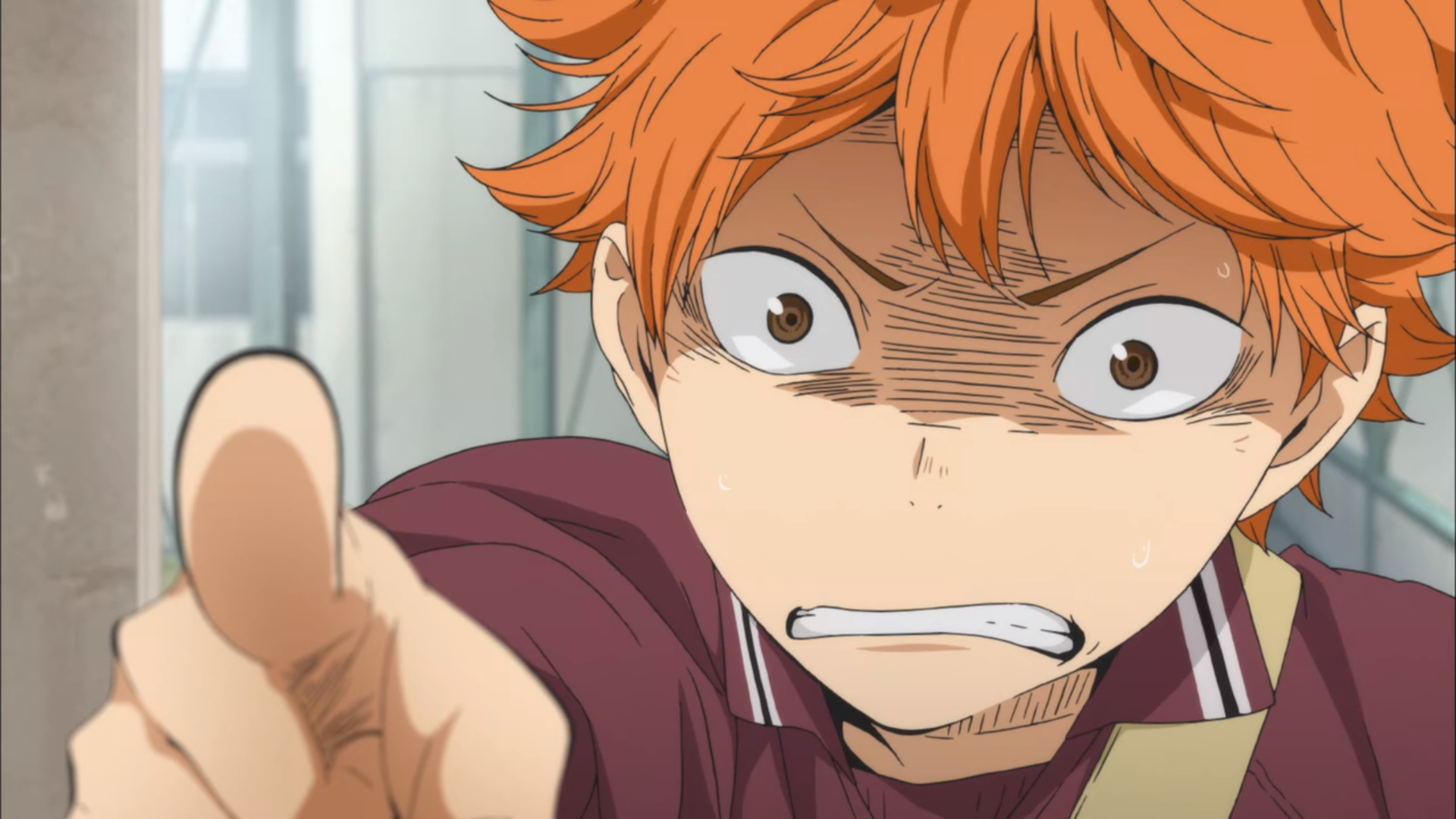 Venti’s naive and mischievous personality makes him the perfect fit for Ayumu Murase, best known as the voice of the cheerful and simpleminded Shoyo Hinata of Haikyu!! fame. What interests me most, however, is the fact that Murase also voiced protagonist Kazuki from Sarazanmai — between Venti, Razor, and the male Traveler, it looks like we have the entire Sarazanmai main trio assembled! Murase has also voiced Shun in From the New World, Iruma in Welcome to Demon School! Iruma-kun, and Ryo Asuka in Devilman Crybaby. 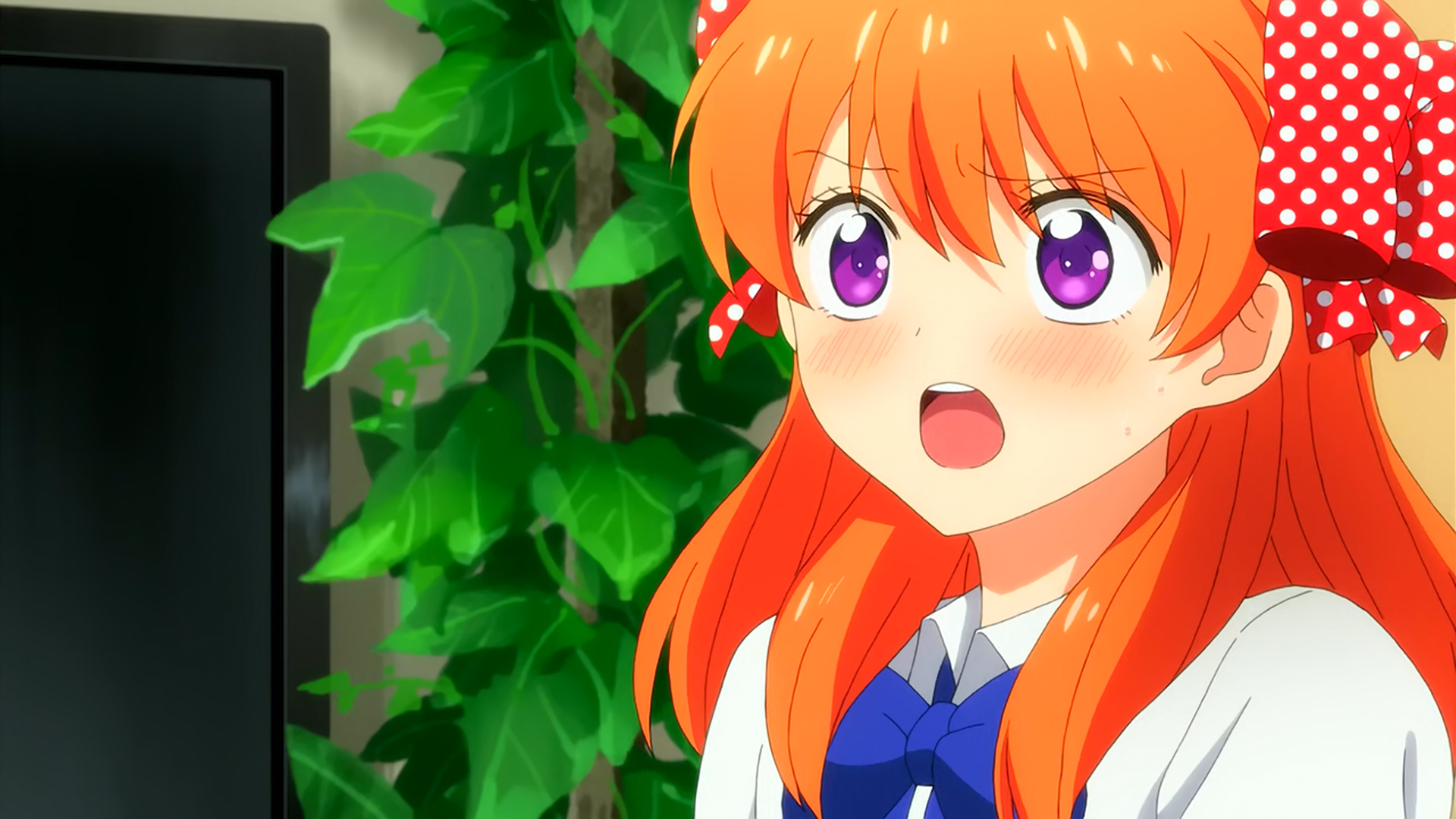 I was very excited to hear that Xiangling would be voiced by Ari Ozawa, whose performance as Chiyo Sakura in Monthly Girls’ Nozaki-kun (her first major role) is one of the finest I have ever seen. Ozawa has also voiced Hina Hikawa in BanG Dream! S2, Kirin Todo in The Asterisk War, Mao in Hinamatsuri, Papi in Monster Musume: Everyday Life With Monster Girls, Benitoite in Land of the Lustrous, Lynn May in Plunderer, and Conny in The Promised Neverland. 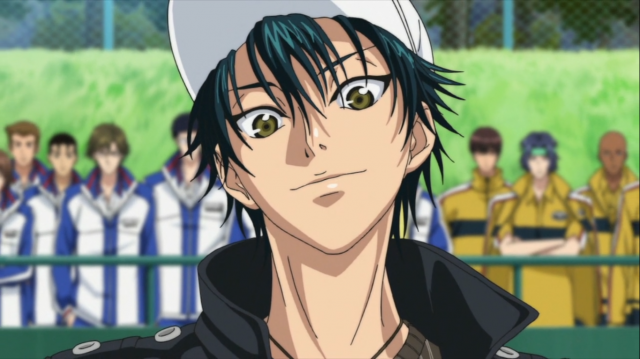 It is quite common in the voice acting industry for male characters, especially younger ones, to be voiced by female VAs. Such is the case with refined bookworm Xingqiu. This is not the first time Junko Minagawa has voiced a male character — her first role came as Ryoma Echizen from the long-running The Prince of Tennis. Her other roles include Oz Vessalius in PandoraHearts, Cornelia in Code Geass, Sailor Uranus in Sailor Moon Crystal, and Jeanne d’Arc in Drifters.

As more characters are added to the game, we can expect more talented voice work from the people behind the scenes. Further updates have teased us with the possibility of such giants as Saori Hayami and Yoshitsugu Matsuoka joining the cast. Can’t wait!

Who is your favorite Genshin Impact character? Let us know in the comments below!

Do you love writing? Do you love anime? If you have an idea for a features story, pitch it