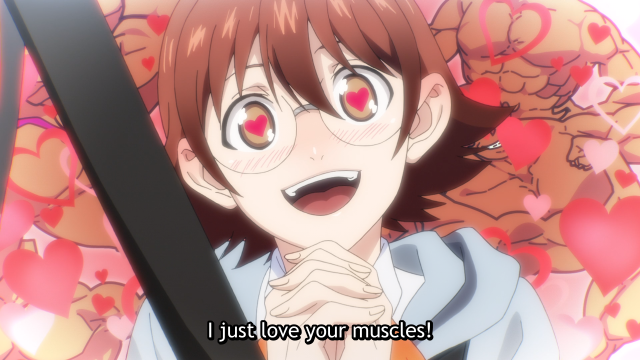 Some say the most powerful muscle in the body is the heart. That’s all fair and good. But there’s also something special about massive muscles literally all over your body. Bigger can be better, under the right circumstances. Sometimes our favorite big-muscle anime dudes aren’t … the brightest. But that’s okay. Their spirits are in the right place, and at the end of the day, that’s all that matters. They’re handsome, interesting, majestic, beautiful, and ostentatious. They’re Big-Muscle Dumb Guys, and yet, so, so much more than what meets the eye.

Do you even lift? Don’t worry. The true lifting is in your soul. Here’s some inspiration via some of my favorite buff dudes with hearts of gold to get you started. Warm-up with this list before your soul-reps and you will be soul-swole in no time. Believe in the buff me that believes in the buff you. 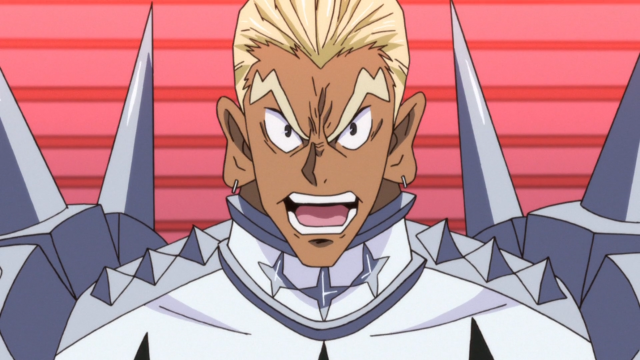 Ready for a deathmatch against Ryūko

Yes, it’s true, you can be a glorified hall monitor with jock privileges. At first glance, Gamagōri’s strength might seem like it comes from his size. With his almighty student-council three-star uniform, sure, probably. But what good is a human shield if he isn’t loyal? Gamagōri’s dedication doesn’t just end at protecting Satsuki, but all of the students of Honnōji Academy. Gamagōri is a man true to his word, respecting all those who beat him in combat — even if he doesn’t like it at first. A fortress needs a good foundation, after all. Among his comrades in Nudist Beach, Gamagōri learns he even has a soft side. Who knew. Less clothes, more muscles. Everybody wins! 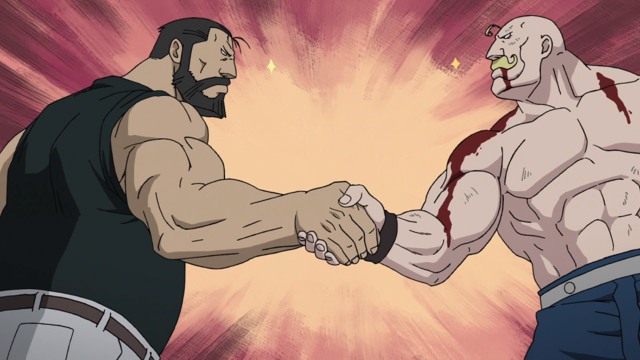 Mister Alex Louis Armstrong is the poster boy for beefcake dorks. No doubt, Armstrong’s glorious physique is a testament to the aesthetic power of muscles. What words simply can’t say, an expertly performed flex communicates tenfold. Muscles just aren’t utilitarian. They’re beautiful. This is all the more evident in the Armstrong family’s unique flavor of alchemy requiring both alchemic and muscular prowess. It’s more of an art form, really. While Armstrong’s habit of flexing his guns is goofy and charming, it’s yet another reminder that if you got something to show off there’s no harm in flaunting it. You might find a new fan, or if you’re lucky, a fellow muscle enthusiast. 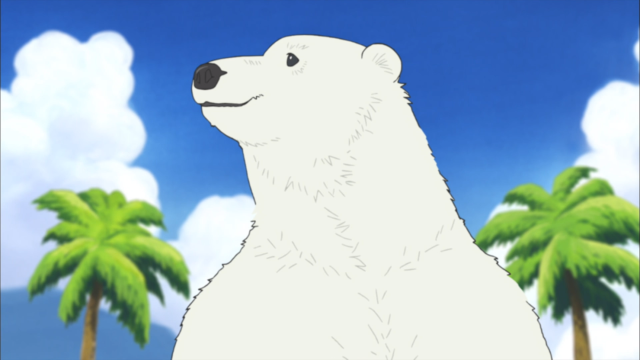 The polar bear is the largest bear species and can weigh up to well over 1,000 pounds. Terrifying. Now imagine one serving you a cute cup of coffee and cracking terrible jokes. Yes, polar bears can talk now, but don’t be alarmed. Polar Bear (just Polar Bear) is chill. Admittedly, he’s a little more on top of things than that slacker Panda Bear. He is a small business owner, after all. More of a straight man to Panda’s lazy and cute affect, Polar Bear has all the charm of being one of the most fearsome creatures in the wild. Perhaps this is why Polar Bear loves nothing more than bad puns? Is it all a secret plot to strike us when we least expect it? No, don’t worry. Polar Bear loves you. But he is also, literally, a massive bear … you’re here for the bears, right? 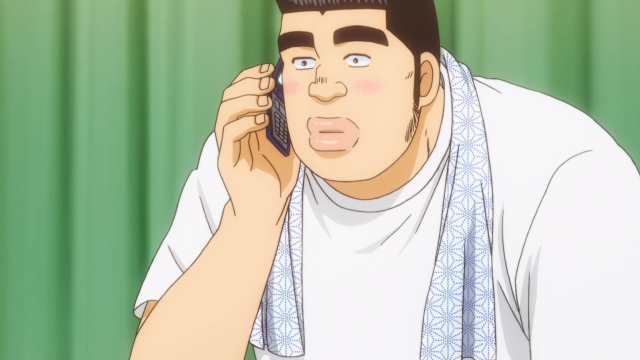 Even if Takeo doesn’t look like it, he’s nothing but a sweetheart under that burly exterior. Although plenty of the buff dudes on this list fight with their fists, Takeo has a whole different fight on his hands: teenage romance. Always being one-upped by his typical pretty-boy classmate Makoto, Takeo seemingly has an uphill battle when it comes to getting girls to notice him. Takeo shows you don’t always have to be a pretty petite girl to be the star of your own epic anime love saga. Don’t’ judge a book by its cover might be a cliche, but it’s still as true as ever in a series all about subverting expectations. The “big-muscle dumb guy with a good heart” isn’t just a gag or a hopeless wallflower. Takeo is more than happy to show you how much of a gentleman he can be, if you’re willing to let your guard down. 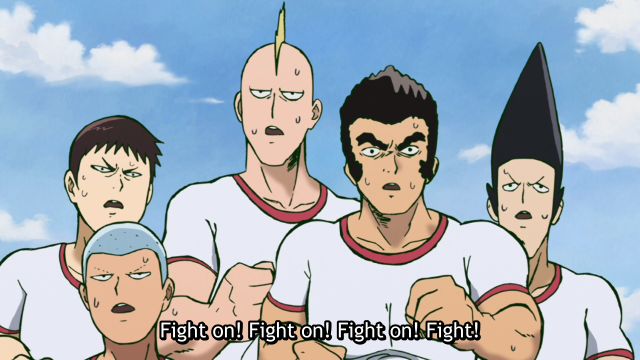 “Psychic powers don’t make a man appealing. And so, in order to change myself, I joined the Body Improvement Club.”

Technically this is five different dudes (sorry Mob) but combined they are anyone’s dream hype squad. The Body Improvement Club is the perfect example of sweet irony in a world where the strongest only need psychic powers, not perfectly toned glutes. That being said, cultivating the power of the mundane is everything the club aspires to: running every day, supporting each other, and taking that tiny weakling Mob under their wings. While not the smartest, they’re dedicated and offer a much-needed juxtaposition to Mob’s other colorful, wacky supernatural acquaintances. At the end of the day, they’re bros being bros, perfectly happy with their (mostly) unbothered normalcy. That’s definitely its own special superpower.

Who is your favorite anime character with a big heart and even bigger muscles? Let us know below! 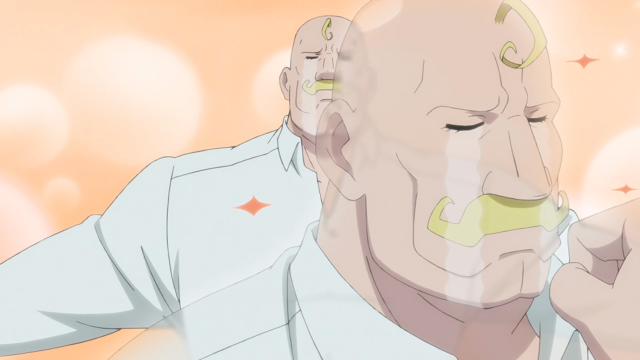 Blake P. is a weekly columnist for Crunchyroll Features. He can do exactly two push-ups. His twitter is @_dispossessed. His bylines include Fanbyte, VRV, Unwinnable, and more.