Let’s not lie to ourselves — we know the reputation that anime original episodes tend to have. They’re usually a real mixed bag, half the time being comfy little excursions into an anime world, and the other half being stuff like “Naruto gets sent on a mission to protect a bratty child and no one is happy.” So to be a good, enjoyable anime original episode, the bar isn’t set that high. The episode literally just has to feel like it matters. Of course, since it’s not based on any kind of manga canon, it’s not absolutely required viewing, so even the pretense of importance will catapult it into the holy pantheon of “Stuff that wasn’t too bad.”

Here’s the set-up: Julius Novachrono feels like the Clover Kingdom could use some morale-boosting due to their impending clash with the Spade Kingdom. And so he makes this wonderful decision: 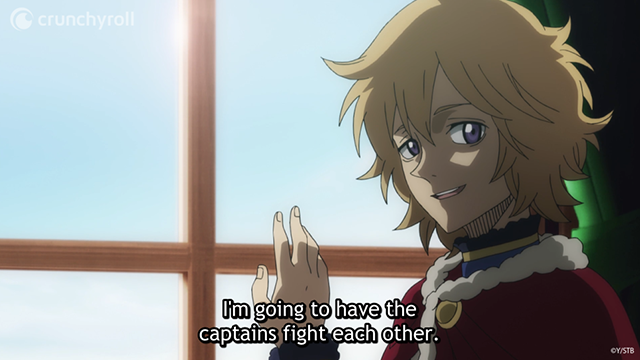 Now, as this is basically an exhibition competition in an anime original episode episode, it doesn’t have the weight of, say, One Piece‘s Marineford Arc where the most powerful characters in that universe got together to tussle, but the appeal is the same. And some of the best parts of Black Clover‘s recent Elf Resurrection arc were when captains who hadn’t been possessed had to take down their former allies who had been, so it’s great to get that here in a more contained setting, rather than spread apart over dozens of episodes. 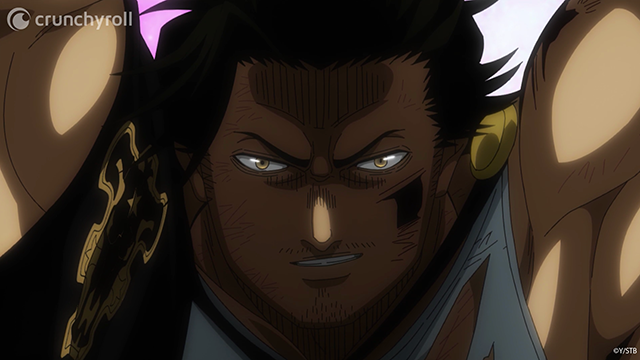 Eight of the Magic Knight captains are divided into two teams. One on side are Kaiser Granvorka (of the Purple Orcas), Nozel Silva (of the Silver Eagles), Yami Sukehiro (of the Black Bulls) and Jack the Ripper (of the Green Praying Mantises). On the other are Fuegoleon Vermillion (of the Crimson Lion Kings), Charlotte Roselei (of the Blue Rose Knights), William Vangeance (of the Golden Dawn), and Dorothy Unsworth (of the Coral Peacocks). 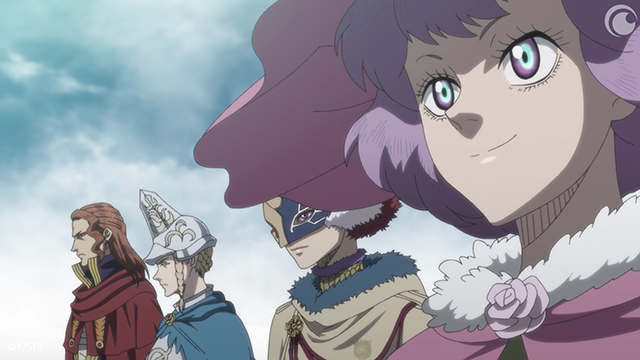 It’s an interesting set of groupings, a good blend of power, strategy, and unique skills on either side. But this isn’t just an extended bout of eight-man fisticuffs. No, that would probably end terribly and tragically. Rather, the rules here are “Capture the Flag” style, with each team trying to protect a crystal while attempting to steal the other team’s crystal. But that doesn’t mean that they skimp out on the fighting. Because when the action kicks off, we get one of the best displays of animation and fight choreography that the series has ever given us. 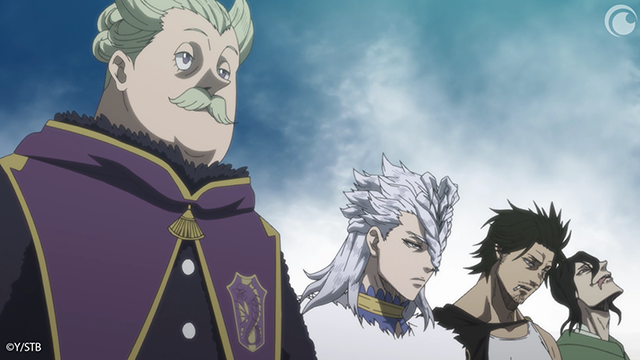 If you haven’t seen it yet, I don’t want to spoil the intricacies of the contest. And I’m sure that, if you’re a Black Clover fan, you might have heard a bit about this episode leading up to it and just want to experience it for yourselves. And I get that. When I first got an inkling of what goes on in it, I thought “That sounds cool, but there’s no way that it’s gonna be as rad as everyone is hyping it up to be.” I watch a lot of anime, especially anime that deals with spiky-haired kids throwing down with villains and shouting about their dreams. Every four seconds, I hear about “the battle that will change everything.” So I keep my expectations in the middle, so when the battle changes most of everything, but not everything, I’m not disappointed. 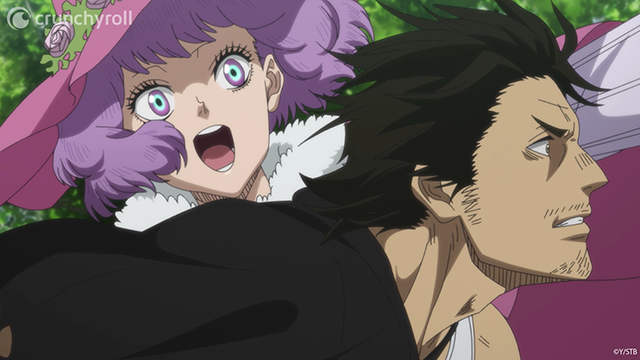 But this episode slashed my expectations in half with Yami’s magic-infused katana. And again, it didn’t need to go THIS hard. Black Clover‘s recent anime original offerings have been really solid, but if they gave me an episode with a description like “Asta enters a farting competition with Sekke. Yami frowns.”, I’d probably react with “Welp, that’s how it is sometimes.” But Black Clover 151 is a tour de force that’s not only a good example of an anime original episode positively crushing the negativity usually associated with them, but something that its animators should be absolutely proud of. And they are!

Thank you for watching Black Clover #151!

So if you’re a Black Clover fan who hasn’t caught up with today’s episode yet, by all means, check it out and relish in one of my favorite current shows exceeding in nearly every aspect. And if you’re not a Black Clover fan, go ahead and watch this episode. You don’t really need to have any prior knowledge of the series to enjoy it, as, again, everything feels so contained and well-illustrated. It’s really, really great stuff. Long live Black Clover.