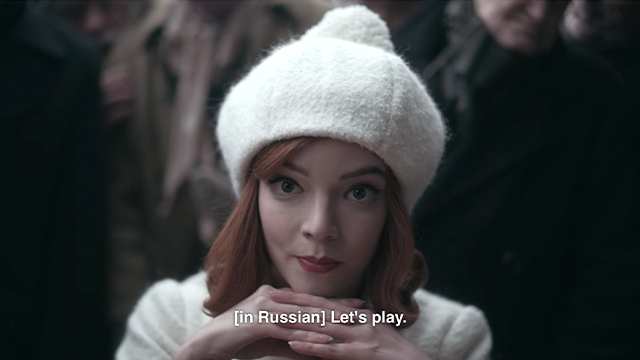 It wasn’t totally planned that I would watch The Queen’s Gambit so soon after I finished March Comes in Like a Lion. While I was still coming off the high of watching March (a series, in retrospect, I should have added to my Best of the Decade list), it’s not like I needed another tabletop game drama to watch. But Gambit’s buzz was beginning to stick in a way that I couldn’t ignore.

What I was not expecting when I started was just how similar and emotionally resonant The Queen’s Gambit is to March Comes in Like a Lion, and how much I would find a personal bridge between the two. 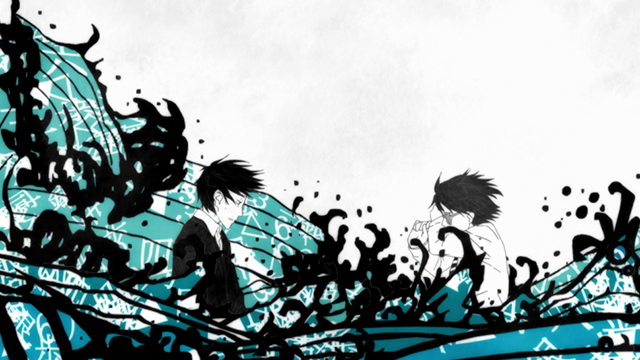 However, within the first minutes of Gambit, I couldn’t ignore the similarities: Beth Harmon and Rei Kiriyama, both orphans who lose their families in a car crash, come to their respective games at a very young age, and find they have a particular knack for them. As they grow older, they are ostracized for their skills and backgrounds but still play the game for both a sense of accomplishment and, eventually, a way to pay the bills. They also both hold an incredible amount of trauma and a mental illness that impacts their daily lives. For Rei it’s depression, whereas for Beth it’s a drug and alcohol addiction.

While Beth and Rei struggle with their mental illnesses on separate levels, I have actually experienced them both — and in a more complementary way. I am now two years sober, but I have struggled with depression all my life, where alcohol acted as an accelerant device that fed the machine. Now, I’m not talented in anything like Rei and Beth, but their struggles were all so familiar: Rei waking up to mornings questioning himself what purpose there was to get up. Beth’s very early, illusionary support with alcohol. Even across shows and surface-level similarities, it all connected and hit closer to home more than I could have ever imagined. 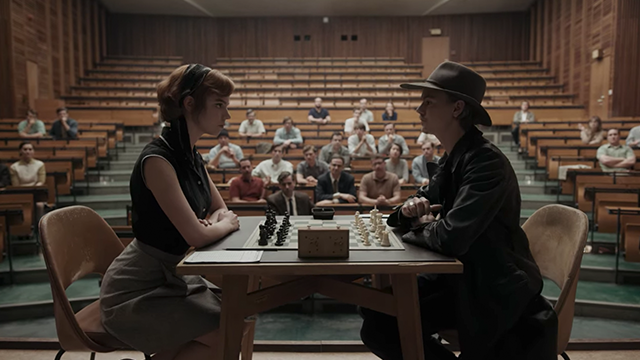 Every sports-related show is about what each player brings to the game, but for Gambit and March, the matches on the board always seem much more intimate. As each game gives the characters a lot of time to just sit and think, they still need to use an incredible amount of mental power to focus on what’s going on in front of them as opposed to within themselves.

With Rei that weight comes from trying to carry on a notable Shogi family name, while also living on his own and continuing to be resented by the family’s children for taking their presumed mantles. Beth must support herself and her adoptive mother while managing her mom’s alcoholism, as well as her developing addiction. When each sits down for matches, it’s not just about climbing the ladder and wanting to become the best; It’s about actual survival and being able to put food on the table.

However, as both of them put so much on the line every time they play, that extended effort fuels their distinctive illnesses. Rei feels as though if Shogi is not in his life, there is not much else to keep him around, where Beth acts as though drugs and alcohol are the only substances that are keeping her skills up. That pressure builds up and often finds itself in the form of water, particularly in March. As the Shogi players stare at the board, they find themselves crashing against the waves and sinking down, with Rei at one point using a Shogi board as a buoy. Beth usually tries to find the bottom of a bottle. 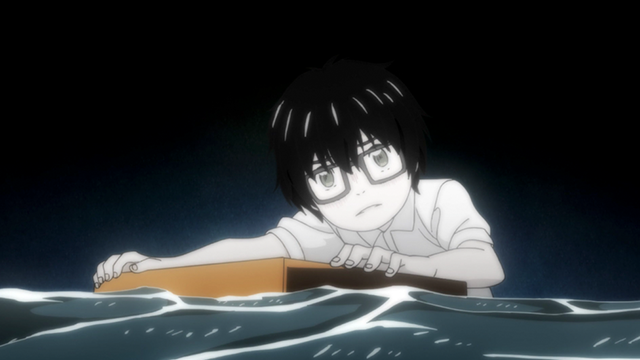 The characters around them are not immune to these behaviors and are often the catalysts for Rei and Beth to recognize them in the first place. And it’s particularly through their fellow players that Rei and Beth begin to gather a found family; Whether that’s Harunobu Nikaido, Rei’s self-proclaimed rival, calling out Rei’s early reckless playstyle and telling him to take care of himself or Harry Melling, Beth’s former competitor and on-and-off mentor (among other things), telling her the story of another young chess player who lived too fast while putting down the bottle of pills he found.

The two gather a community amongst those who share the passion for the game and their well-being. “You wanna know how the Russians are so good?” Benny Watts, a top chess player, asks Beth rhetorically. “It’s because they play together as a team.”

Once they both find these support systems, it’s so incredibly valuable to how they carry themselves and their play. The Kawamoto sisters take in Rei as someone no different than a family member and nurture him through his highs and lows of the professional Shogi world, as well as Rei’s teacher Takashi Hayashida creating a Shogi club to show Rei how people are incredibly appreciative of his presence. Through Beth’s climb from Kentucky state to US champion, she goes through rounds of different perspectives and mentors, who all eventually help her strategize in her match against one of the best players in the world.

Chess and Shogi may be more isolated games once you sit down, but you still carry the thoughts and feelings of everyone who got you to the table. 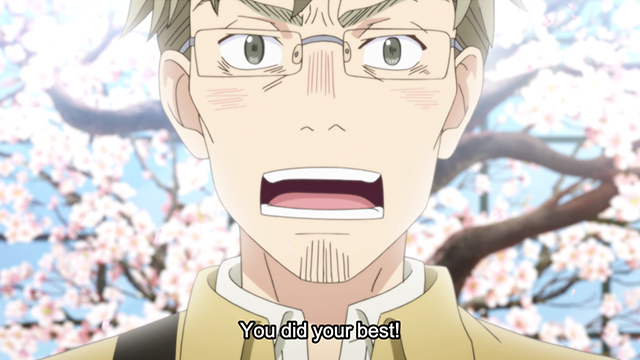 And as someone who is recovering, I cannot tell you how powerful it is to see that path as accomplishable. I know I cannot be “cured” of my depression, but seeing Rei finding his own ways, even slowly and subtlety, to manage his own illness and accepting that there is a future where he can be happy is invaluable. “Don’t tell me you haven’t accomplished anything,” Hayashida tells Rei. “You did your best! I saw it!”

Beth, who has most of her life used substances as a crutch, is able to turn to the people who value her for that more solid support. Many times it comes as direct intervention, but it also appears through the saved newspaper clippings of her accomplishments, as well as previously lost connections. “I’m here because you need me to be here,” Jolene, Beth’s first friend at the orphanage, tells her. “Someday I might need you.”

In the last episode of Gambit, Beth finds herself eating breakfast in a Russian hotel when a boy appears with a bottle and asks if she would like any vodka. And for the first time in a long while, she turns it down. She watches him walk away, slowly digesting that something has changed within her. Watching Beth refuse a drink for the first time after being offered is a feeling I remember well, and it’s a sense of accomplishment that’s hard to put into words. 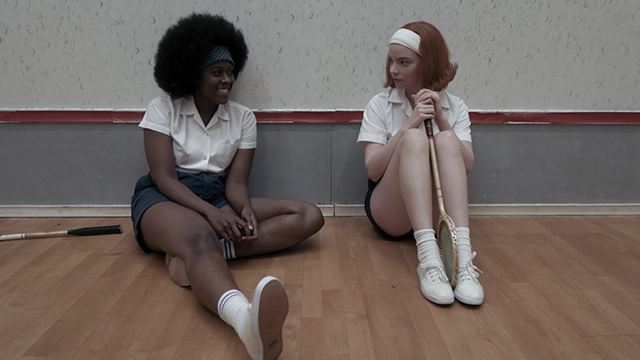 While these stories may take place on separate sides of the planet, playing different games with two different people, both provide a commonality of recovery and what that future can look like. While I can’t claim that there is a “correct” path, it’s knowing that recovery, and bettering yourself, is achievable in the first place makes watching both of these shows such a valuable experience.

There are many variations in the moves one can do in their respective games, but there is also one core mechanic: you keep moving the pieces forward. There may be times when you have to retreat, go a way you were not intending, or even think about your next move. But the optimal path is forward. Piece by piece. Step by step.