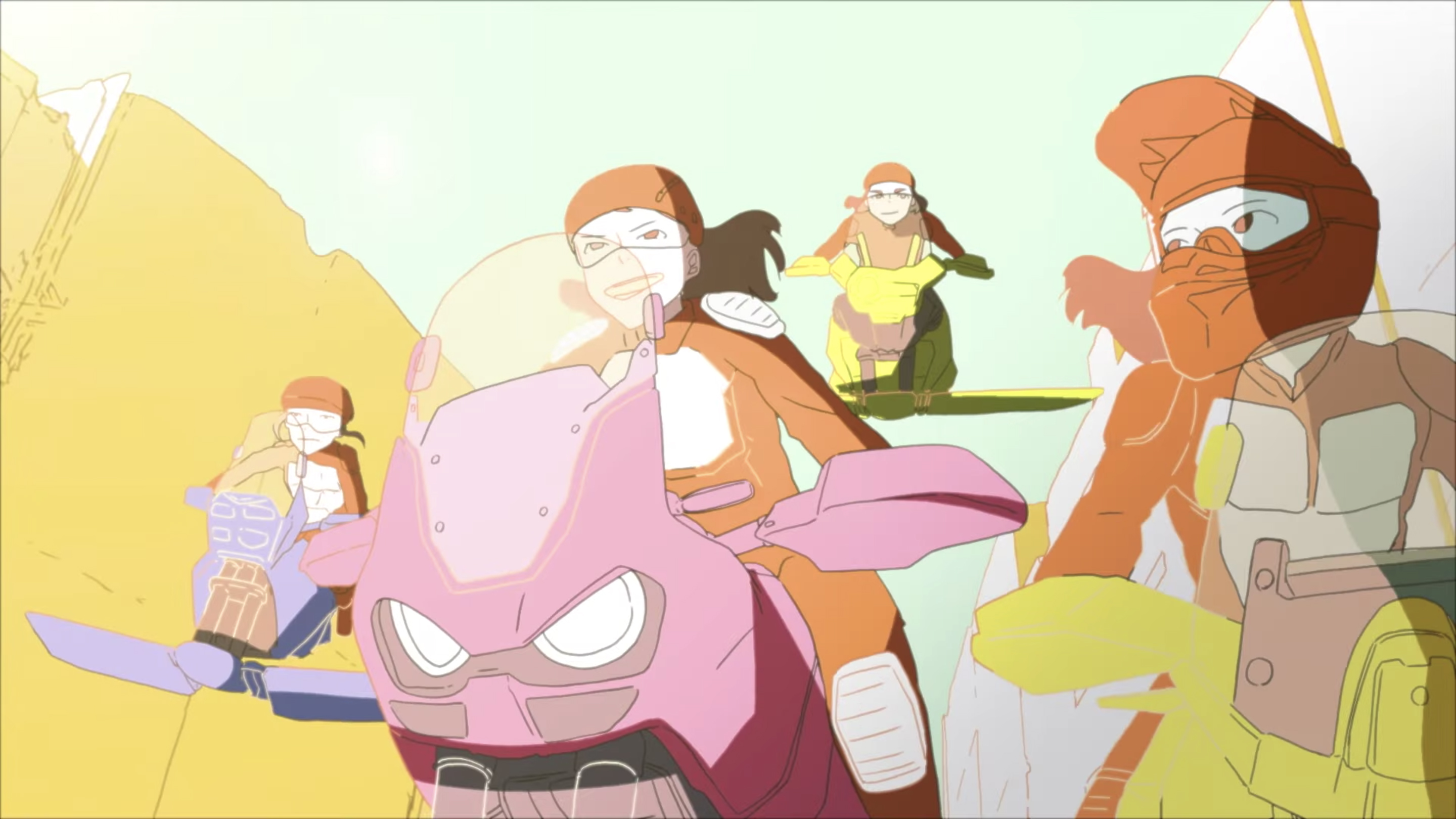 The 26th single from popular idol group Nogizaka46 was released into the world on January 20, and to promote the single “Boku wa Boku o Suki ni Naru (I am starting to like myself),” the group released an animated music video that was creatively led by Keep Your Hands Off Eizouken! manga creator Sumito Owara. Owara lent their trademark style to the video by creating the concept, drawing the storyboards, and original illustrations.

The music video tells the tale of a young girl who was part of an air bike club and had crashed during a race.

Helping with the creation of the sweet but somber music video was Chiaki Kanno as the animation director at monofilm, with Masumi Amao, Sanae Takahashi on animation and planning, and Yuka Yoshioka also animating parts of the video and editing it together. Huang Chieh contributed special animation with Mai Asakawa worked on the VFX of the video. The entire team, other than Owara, worked on episode 2 of Pokémon: Twilight Wings together as key animators.

“Boku wa Boku o Suki ni Naru (I am starting to like myself)” was released digitally on January 20, with the physical single releasing in Japan on January 27 with Mizuki Yamashita serving the center position on the live-action music video.