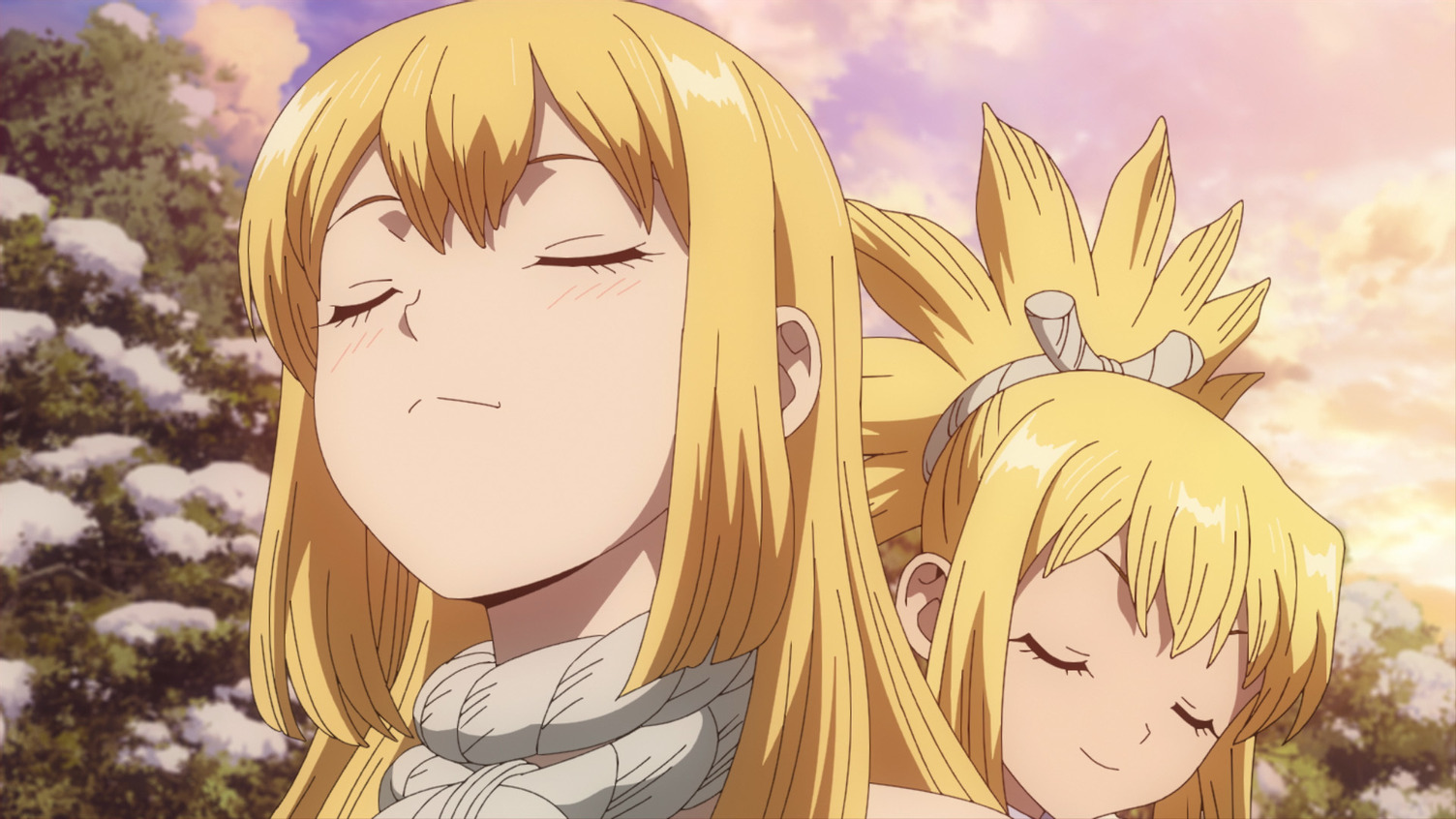 In December we posted about MyAnimeList‘s ranking of Biggest TV Anime Premieres, which found Attack on Titan Final Season rocketing to the top shortly after it debuted. Now, with the latest season of shows well underway, it’s time for an update. One of the big newcomers is Dr. STONE Season 2—which made it on the list already in third place—further bolstering a Winter 2021 takeover of a full half of the list.

Dr. STONE Season 2‘s third place debut has it at 110,129 MAL users watching, putting it right behind THE PROMISED NEVERLAND Season 2 at 131,994 and Attack on Titan Final Season at 144,668. The other Winter 2021 shows in the all-time premiere list are Horimiya—which recently became MAL’s biggest romantic comedy premiere of all time—and Re:ZERO -Starting Life in Another World- Season 2 Part 2. 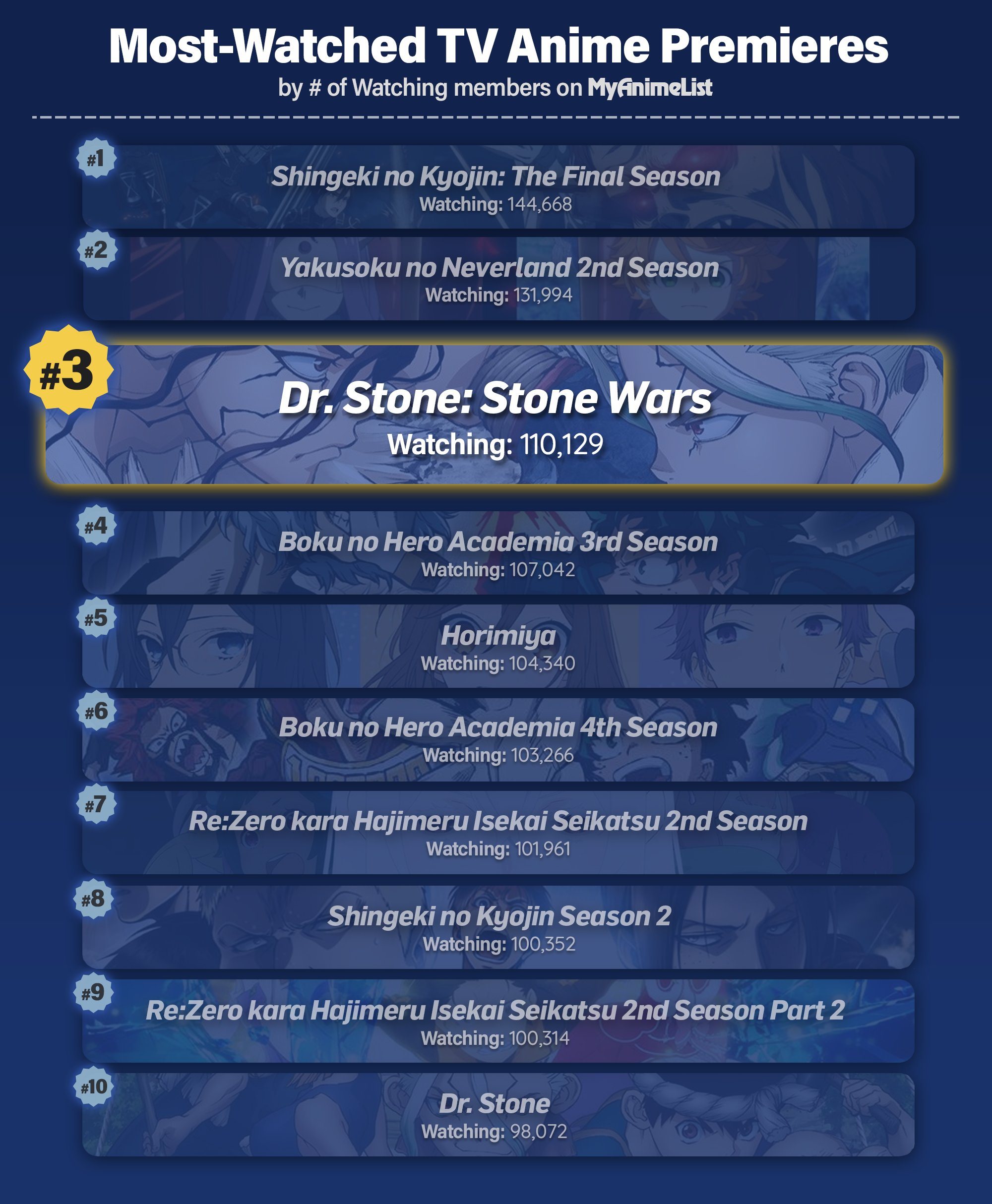 This is a strong season! Which of the Winter 2021 shows on the list are you watching?