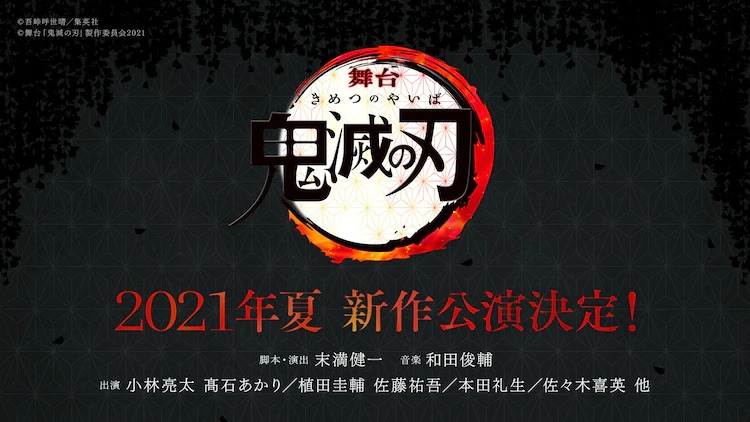 Jump series are in the spotlight during this weekend’s Jump Festa 2021 event, from anime adaptations to continuations, stage play announcements, and more. One of the featured reveals for Koyoharu Gotouge’s Demon Slayer: Kimetsu no Yaiba manga came through during a presentation at the Jump Studio stage, which announced a new stage play for summer 2021.

Kenichi Suemitsu (Touken Ranbu stage plays) once again writes and directs, with returning cast members that include Ryota Kobayashi as Tanjiro Kamado and Akari Takaishi as his sister Nezuko. Other cast members back in action are Keisuke Ueda as Zenitsu Agatsuma, Yugo Sato as Inosuke Hashibira, Reo Honda as Giyu Tomioka, and Kiyohide Sasaki as Muzan Kibutsuji.