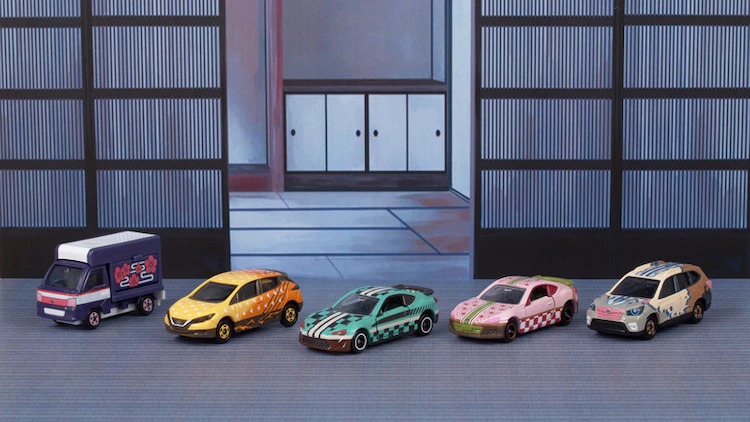 Demon Slayer: Kimetsu no Yaiba is coming to a (mini) garage near you soon in its first line of die-cast toy cars from Tomica. According to Comic Natalie, this is “vol. 1” of the set, hinting that more may be coming in the future to complement the cars based on Tanjiro, Nezuko, Inosuke, Zenitsu, and Kanao Tsuyuri. 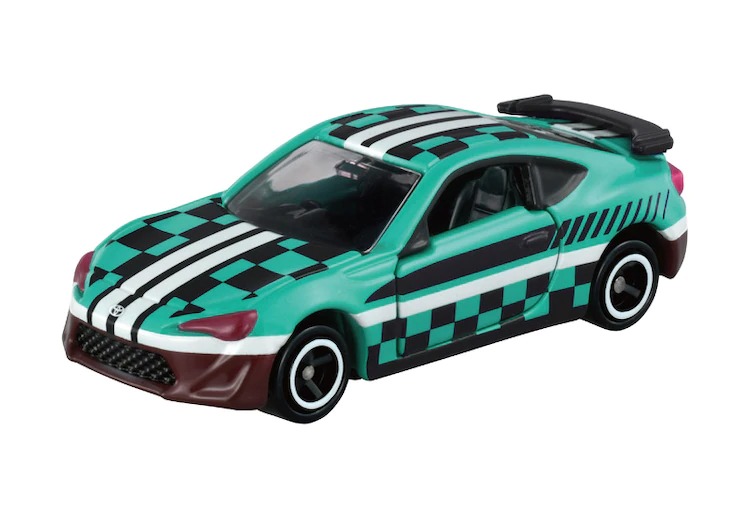 Tanjiro’s car is based on the classic Toyota 86, complete with the Toyota emblem and haori color scheme. 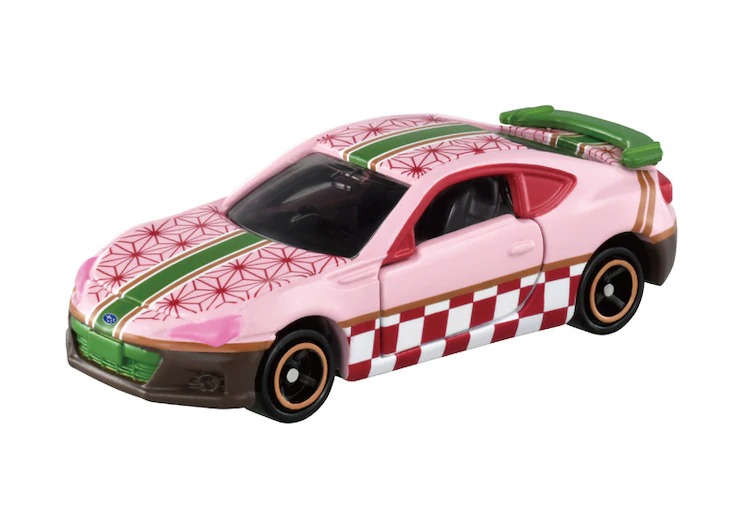 Nezuko’s car is the SUBARU BRZ model, known for its speed and power, much like the character herself. 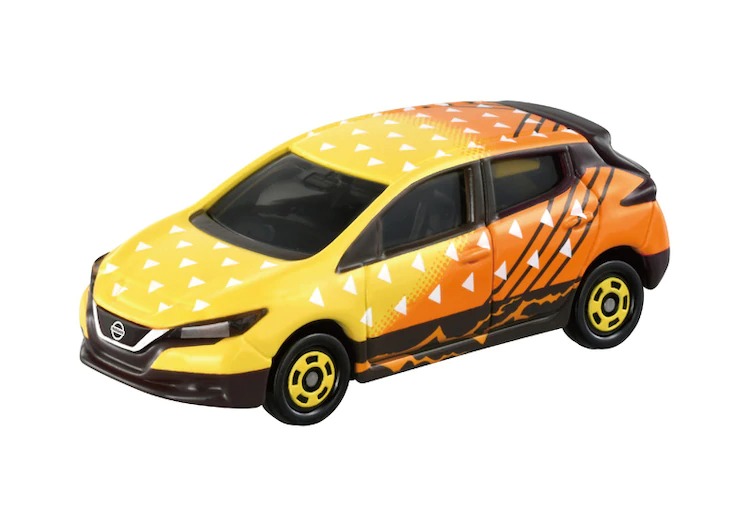 Zenitsu’s car is a Nissan Leaf sedan in a yellow color scheme. Much like Zenitsu’s breathing technique, the car also runs on electricity. 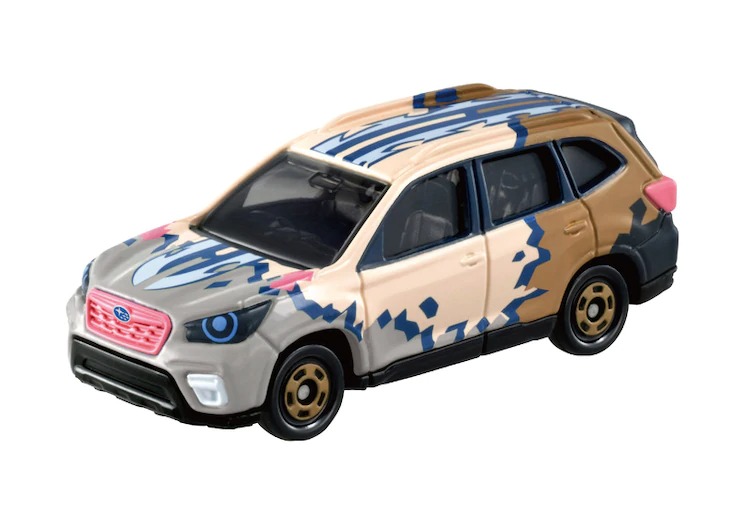 Inosuke’s car is the Subaru Forester, which is known for its ruggedness and outdoorsy utility. 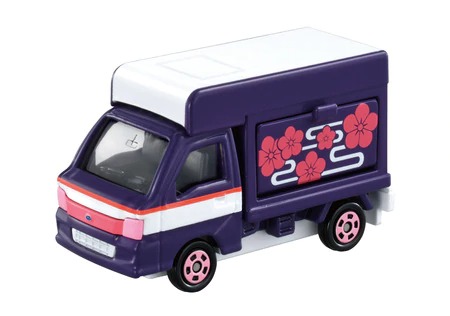 And finally, Kanao Tsuyuri is represented by the modular kei-car, the Subaru Sambar, known for its economic mileage and use of space for a smaller van.

The five Demon Slayer cars are available for pre-order right now from Takara Tomy official shopping site for 880 yen (US$8.42) each for a mid-April release. The cars will also be available in toy stores, collectible stores, and online outlets across Japan starting April.