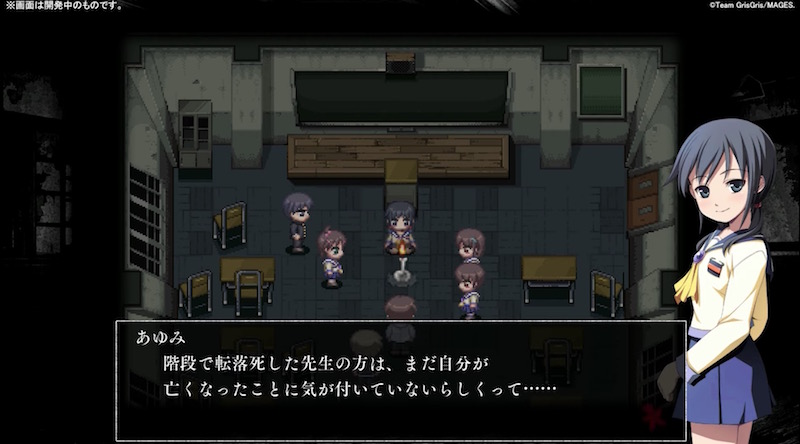 Last year brought with it the announcement of Switch and PS4 ports for Corpse Party: Blood Covered Repeated Fear, an updated spin on the remake of the original Corpse Party. The ports are due out in Japan on February 28, and Mages. and developer Team GrisGris came through this week with a new trailer showing off the first chapter prologue.

Check out around three minutes of footage below.