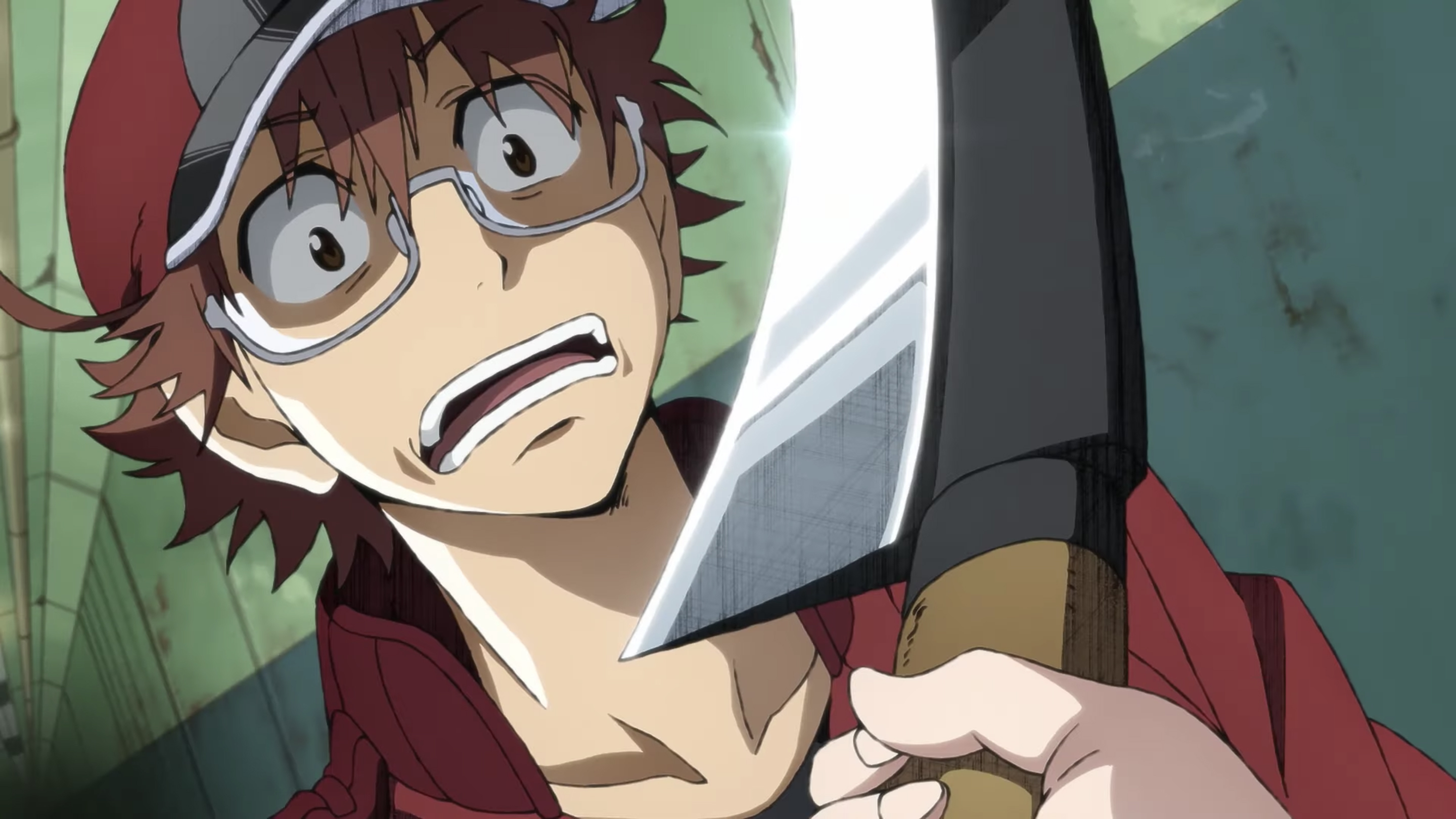 The newest trailer for the Cells at Work! Black TV anime show just how bad an unhealthy body can be for the cells inside of it! Alongside the trailer, the premiere date of January 9 was announced – back-to-back with its healthy series Cells at Work! season 2–, with a new visual, more cast, and the opening/ending themes!

The manga, written by Shigemitsu Harada and illustrated by Issei Hatsuyoshi, is serialized in Kodansha’s Morning, with the English version being released by Kodansha USA, who describes the story as such:

The manga and anime Cells at Work! showed you what happens when a young, healthy body gets in trouble … but what if the body wasn’t so young, and was never very healthy? This new take stars a fresh-faced Red Blood Cell and his friend, the buxom White Blood Cell, as they struggle to keep themselves and their world together through alcoholism, smoking, erectile dysfunction, athlete’s foot, gout … it’s literal body horror! Whoever this guy is, he’s lucky his cells can’t go on strike!

Cells at Work! Black premieres on January 9 at 24:00 (effectively 12:00 AM on January 10) on Tokyo MX and affiliated station, airing straight after the second season of Cells at Work! season 2.