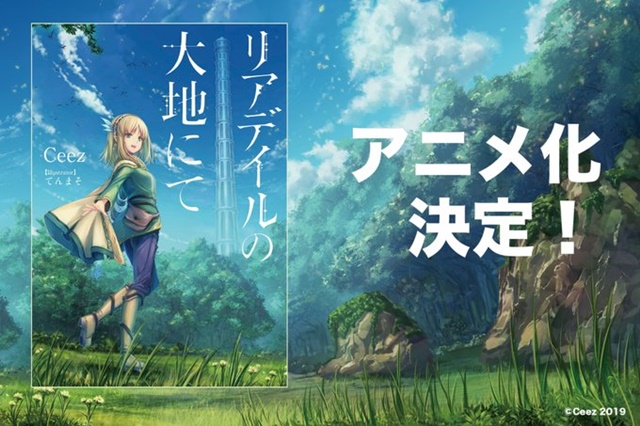 KADOKAWA announced today that an anime adaptation of Ceez’s fantasy light novel Leadale no Daichi nite / In the Land of Leadale is now in the works. The anime’s official Twitter account also opens today.

The novel was first posted on a Japanese user-generated novel publishing website Shousetsuka ni Narou from November 2010 to May 2019. And its print edition featuring illustrations by Tenmaso has been published from KADOKAWA since January 2019, and its latest sixth volume is set to be released in Japan on February 27, 2021. Its manga adaptation illustrated by Dashio Tsukimi has been serialized on Comic Walker and Web Denplay Comic, and has released two tankobon volumes.

Meanwhile, its English edition has been released by Yen Press since October 2020. The publusher introduces its first volume‘s synopsis as below.

New Beginnings in Familiar Lands. After a horrific accident put her on life support, the last vestige of freedom Keina Kagami had was in the VRMMORPG World of Leadale. When she wakes up in the body of her game avatar, though, Keina-now Cayna-finds that the worries of her old life appear to be a thing of the past, but somehow this new land doesn’t seem to be quite the Leadale she remembers…

The first post of the anime’s official Twitter writes, “When I wake up after losing my life, I find myself in the world of the game ‘Leadale,’ and it’s 200 years later–. An elf fantasy that begins 200 years later!”

Hello, good evening, and good morning. I’m Ceez, the author. Thanks to all of the readers, “In the Land of Leardale,” whose novel and manga have been well-received, is finally going to be made into an anime. As the original author, I’m very surprised.

When I was first contacted, my brain was filled with “Huh?,” “Ough?,” and “What?.” Yes, it’s true. I thought, “There must be other books that need to be animated. It’s really strange that my novel was chosen out of all of them.”

Tenmaso-sama, who has drawn the beautiful illustrations.

All the staff involved in the production.

The editors, who have always been very kind to me.

All the readers who have read my novels.

I am grateful for the support of so many people. Thank you very much.

Congratulatory illustration and comment from the novel illustrator Tenmaso: 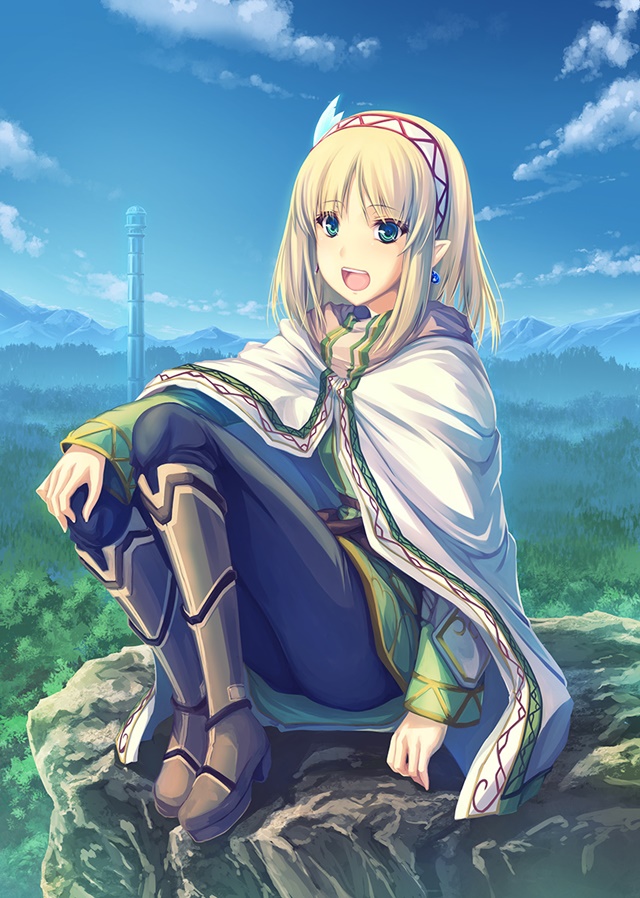 Congratulations on the anime adaptation. I’ve been working as an illustratro for a long time, but this is the first time I’ve seen characters that I designed move in an anime, so I’m extremely happy. I also can’t wait to see how the world view that can’t be expressed in the novel illustrations will be visualized. I can’t stop looking forward to it. Thank you for your continued support of both the original novel and the comic.

Congratulatory illustration and comment from the manga illustrator Dashio Tsukimi. 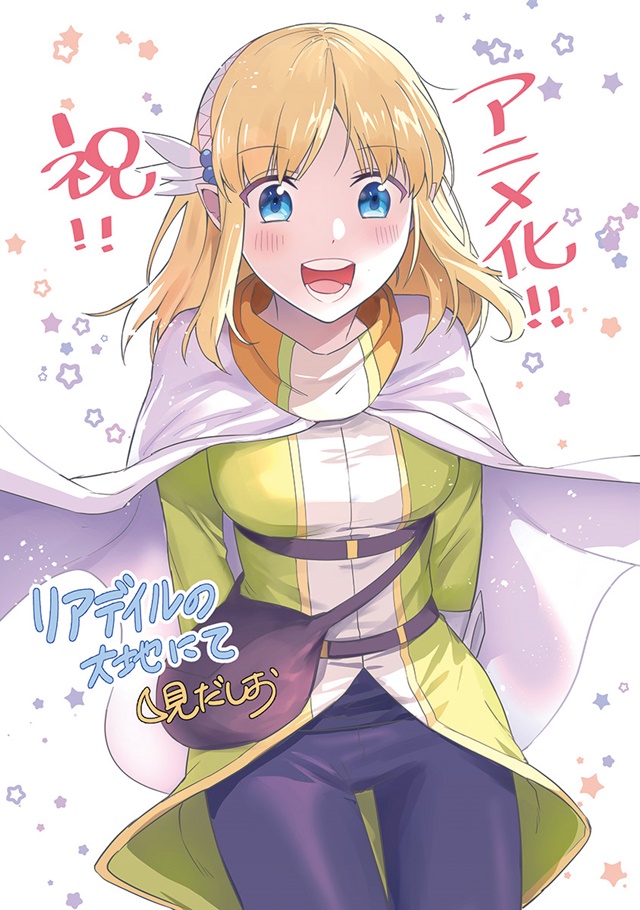 Congratulations on the anime adaptation of Ceez-sensei’s “In the Land of Leardale!”  I’m very honored to be involved in this series, and I’m really looking forward to watching Cayna talk, move, and travel through the land of Leadale on screen. I’ll be working hard on the comics as well! 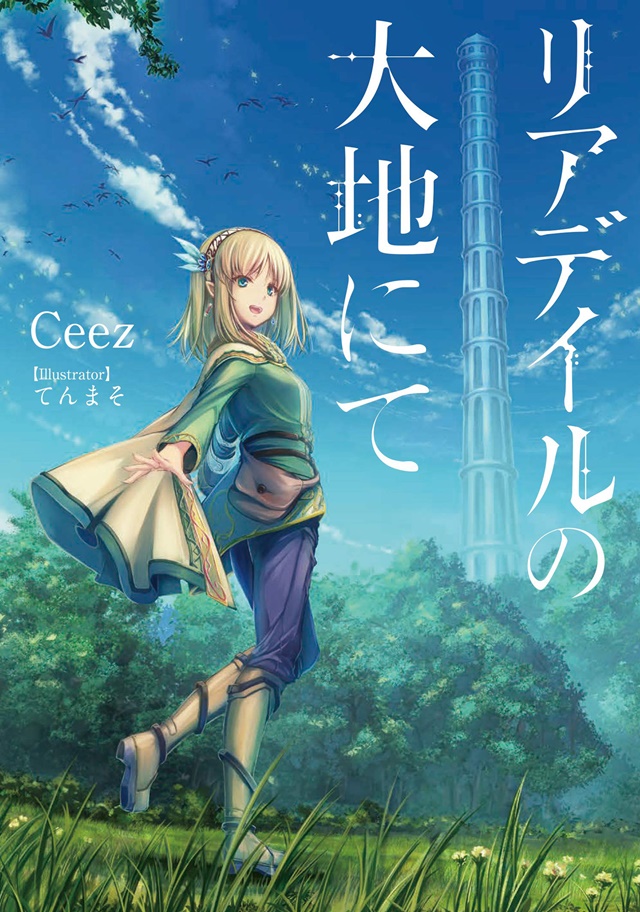 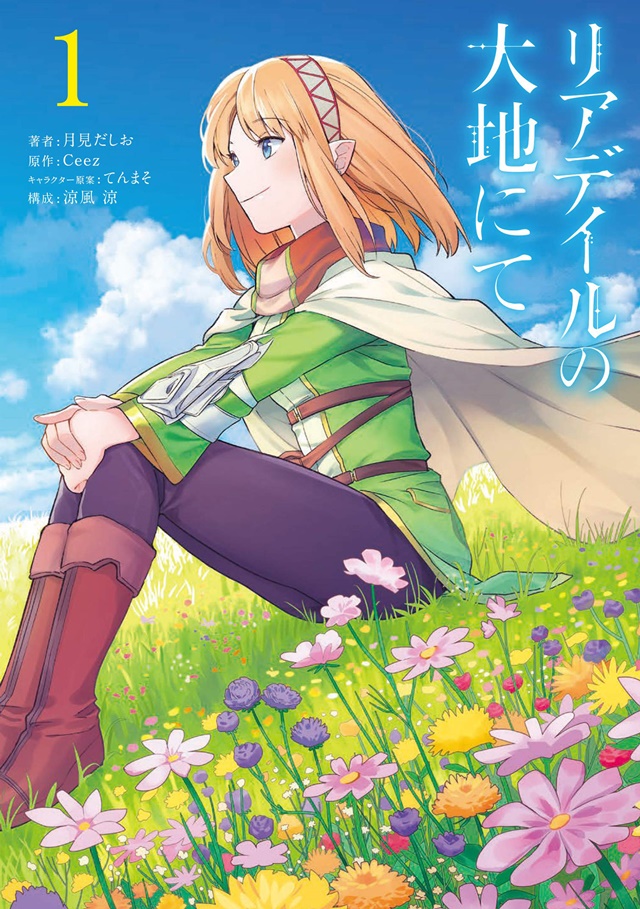