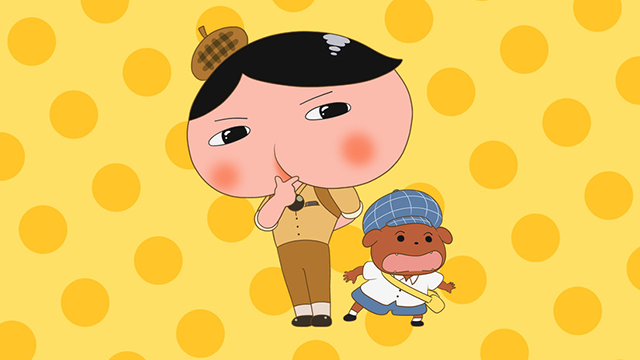 Every kid’s favorite cheeky sleuth, Butt Detective, will be coming back to crack another case this summer!

The children’s book character created by Troll stars in a popular series that currently has 9 million books in circulation. A TV anime premiered on NHK E-Tele, and two filmed have already aired in cinemas.

Butt Detective: Mystery of the Ruins of Tentoumu was screened during this summer’s Toei Manga Matsuri, alongside short films based on Fushigi Dagashiya Zenitendo and Kamen Rider Den-O.

No title has yet been announced for the third film, but we do know it will (like its predecessor) be screened as part of the summer’s Toei Manga Matsuri. The film festival began in 1969, and has played host to every Dragon Ball film premiere so far.

Look forward to more information on Butt Detective and its third film outing in the near future.