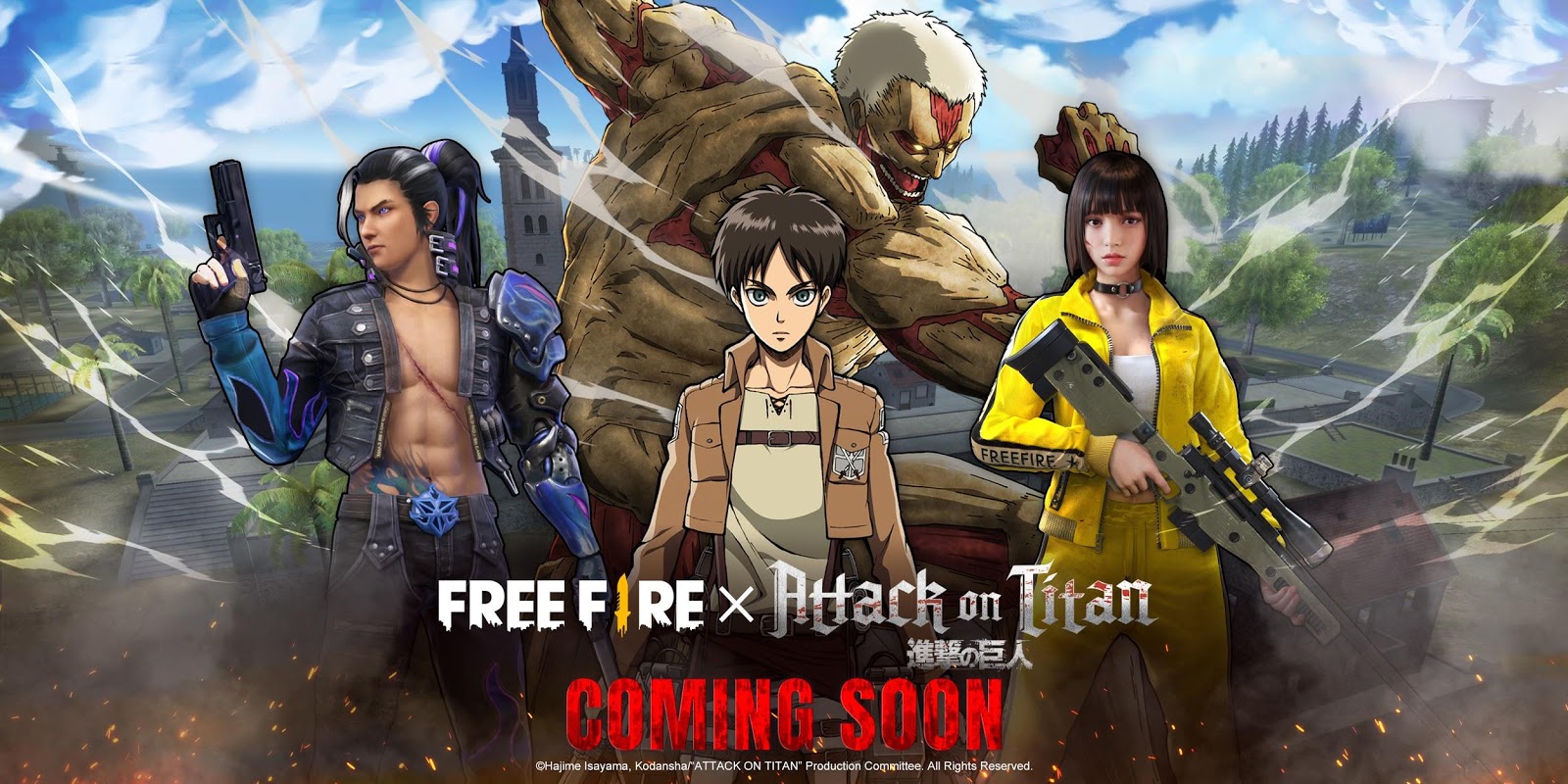 Mobile game developer Garena, developers of the hit mobile game Free Fire, one of the most popular battle royale games on mobile in Southeast Asia has announced that the fearsome Titans will invade its game along with the Survey Corps in a new Attack on Titan collaboration beginning next month, thanks to a new partnership with manga publisher Kodansha.

Fans of Attack on Titan can look forward to charging into battle wearing the uniforms of the Survey Corps division on their avatars, as well as costumes inspired by the man-eating Titans. There will also be other exclusive collaboration content, including weapon skins, in-game items and collectables. More details will be released once the collaboration goes live in-game next month. Free Fire can be downloaded on the Apple iOS App Store and Google Play.