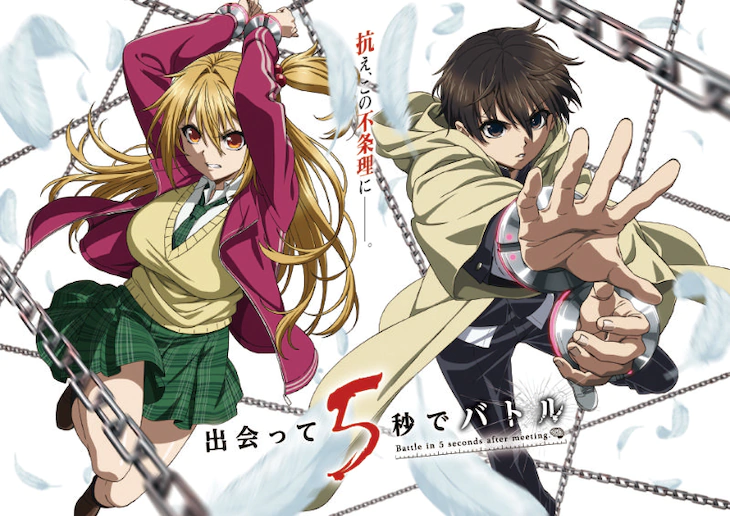 Shogakukan has announced that the battle manga Battle in 5 Seconds After Meeting will be adapted into a TV anime slated for 2021. The manga, written by Miyako Kashiwa and illustrated by Saiza Harawata has also achieved a cumulative publishing milestone of 2 million copies in circulation, with the 19th collected volume of the manga to be released on November 15th in Japan.

The manga centers on high school student Kei Shirayanagi getting caught up with a mysterious woman named Mion 5 seconds after crossing paths with her and being challenged to a battle, which sets him on a path to becoming a formidable psychic fighter. More details on the anime adaptation will be revealed in the future, with the anime’s official site being launched, the key visual featuring both Kei and Mion, along with the official logo today.