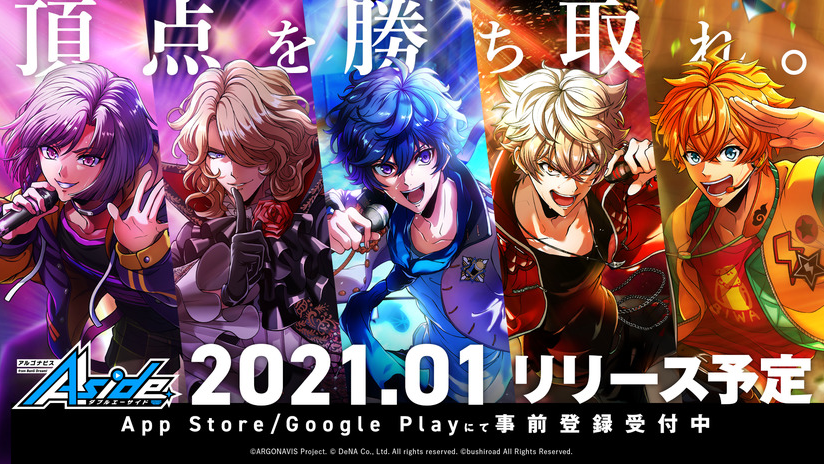 BanG Dream! spinoff ARGONAVIS has brought its musical story to stage, anime, and manga. At last, the music will be in your hands this January.

Bushiroad is set to release ARGONAVIS from BanG Dream! AAside for iOS and Android in Japan. The game, like others under the Bushiroad media mix umbrella, will consist of both story segments and rhythm game elements. Players will guide the up-and-coming stars to their dream performance at Live Royal Fes. Elements from the anime storyline will play into the game’s story.

The game’s opening was released on YouTube earlier this month:

Like its sister series BanG Dream!, the ARGONAVIS game will feature not only original songs, but also covers of popular anime and pop songs.

ARGONAVIS from BanG Dream! AAside hits the Japanese iTunes and Google story in January 2021. Pre-registrations are now open for the game. While the BanG Dream! Girls Band Party game is available in North America, there’s no word on when (or whether) ARGONAVIS will see a global release.

To celebrate the game’s debut, the ARGONAVIS anime will be re-aired on TOKYO MX in January.