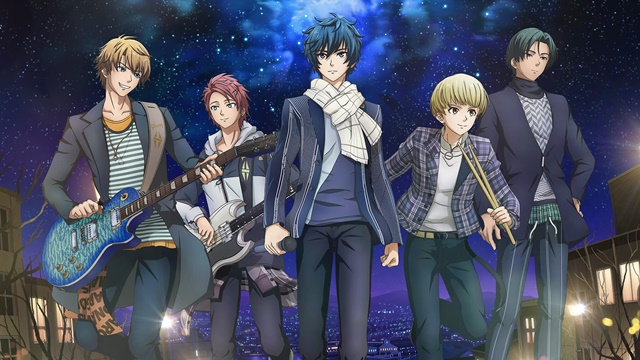 The BanG Dream!’s spin-off boy band project “ARGONAVIS from BanG Dream!” will get an anime feature film and its stage play adaptation. The news was revealed at the online event “ARGONAVIS AAside New Year Live-Broadcast ‘Navizome'” streamed on January 9.

The project previously had a 13-episode TV anime series, which was aired in Japan from April to July 2020. Hiroshi Nishikiori (A Certain Magical Index) served as the director at Sanjigen. Further details such as the film’s main staff and release schedule will be announced at a later date.

Meanwhile, it was confirmed that the stage play, titled “ARGONAVIS the Live Stage,” is set to be performed at Sankei Hall Breeze in Osaka from June 18 to 20, 2021, then at Theater 1010 in Tokyo from June 23 to 27. It will be based on a script provided by Nobuhiro Mouri, who served as the series composition writer of the TV anime series. The good news for the fans is that the anime and game app’s main voice cast members will reprise their roles on the stage as well.

“I would like to express my gratitude to all the NAVI who always support us. Thank you very much. I’m very happy to be able to play Ren Nanahoshi on stage as well, and to be able to bring the story of ARGONAVIS to you in a new way. I don’t even know what its content will be like yet, so I’m very excited. A new challenge as a stage play! We will do our best together to make it a good one.”

“‘ARGONAVIS from BanG Dream!'” has delivered entertainment in various forms such as voice dramas, animation, games, and real live performances. Its next stage is a stage play! Physical and voice expressions, I will be wearing Nayuta Asahi with all my might and soul for a few hours. I already have a feeling that it will be a rough journey for me, throwing myself into the flames, but I also feel fortunate to have been blessed with the opportunity to do such a worthwhile play. Please look forward to the world of ARGONAVIS as it unfolds on stage!”

Announcement PV for the stage play: