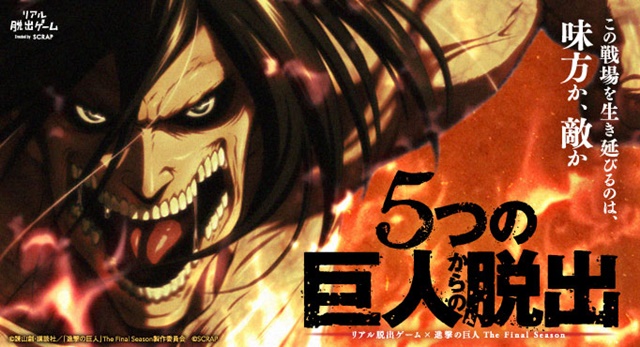 Along with the final season of the TV anime, which began airing in Japan on December 6, the Attack on Titan-themed Real Escape Game will also reach its final season titled “Escape from The Five Titans” next year. This is the fifth and final collaboration between the internationally popular Japanese manga/anime franchise and the real-life game event produce by SCRAP.

The catchphrase for the final season is “Who will survive this battlefield, enemies or allies?”

In the final season of the well-received Attack on Titan event series, participants become members of The Survey Corps to confront the five Titans in cooperation with Levi and Mikasa. Amidst the tension that the Titans are approaching, the storyline of battles against the ‘enemy’ with each other’s beliefs and survival at stake will transport the participant to the world of Attack on Titan.

The key to this game is a map. Participants use items to actually assemble a diorama map of the city of Marley, where the battle takes place. Planning a strategy to defuse the situation using the map they have assembled is the key element that will make the difference between success and failure in escaping. The maximum number of participants in each team is six.

Photos from the past events: 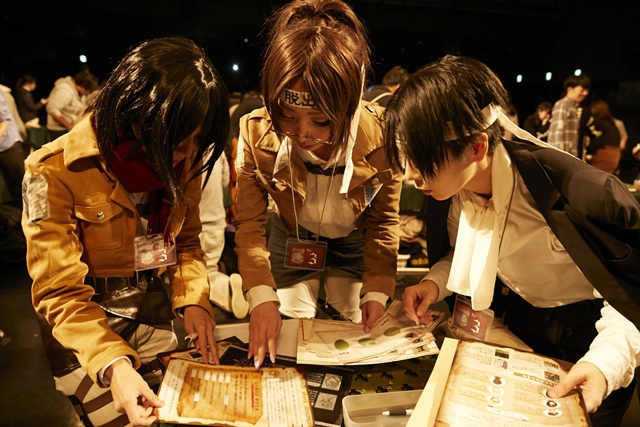 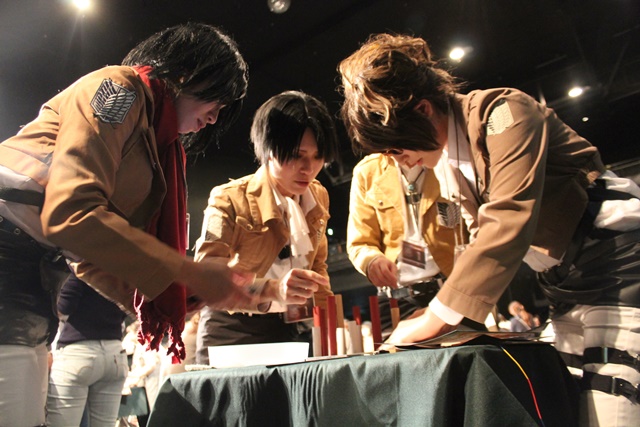 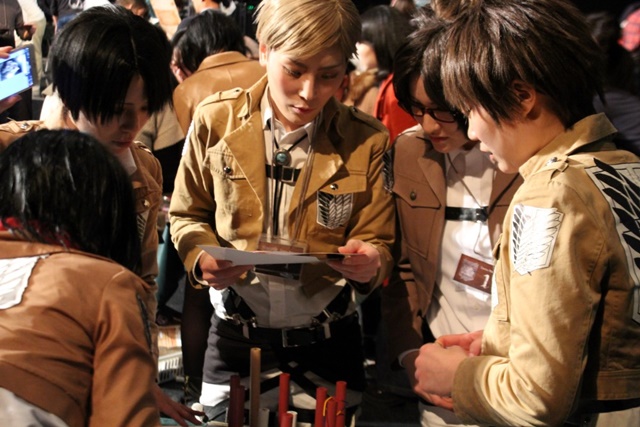