As tumultuous as 2020 was, that didn’t stop everyone from tweeting about video games… a lot. According to data from Twitter, there were over two billion tweets made about games over the course of the year, which is a 75 percent increase from 2019. With that in mind, let’s see what everyone was talking about.

As the sixth most followed topic on Twitter, categories within the gaming discussion ran the gamut, from general gaming news at #2 to PlayStation at #5 (how appropriate!) and Animal Crossing at #9. When it came to the games themselves, though, Nintendo’s adorable series stood proudly at the top, because Animal Crossing: New Horizons was the most tweeted about video game in 2020.

The Top 10 Most Tweeted About Video Games for 2020 include: 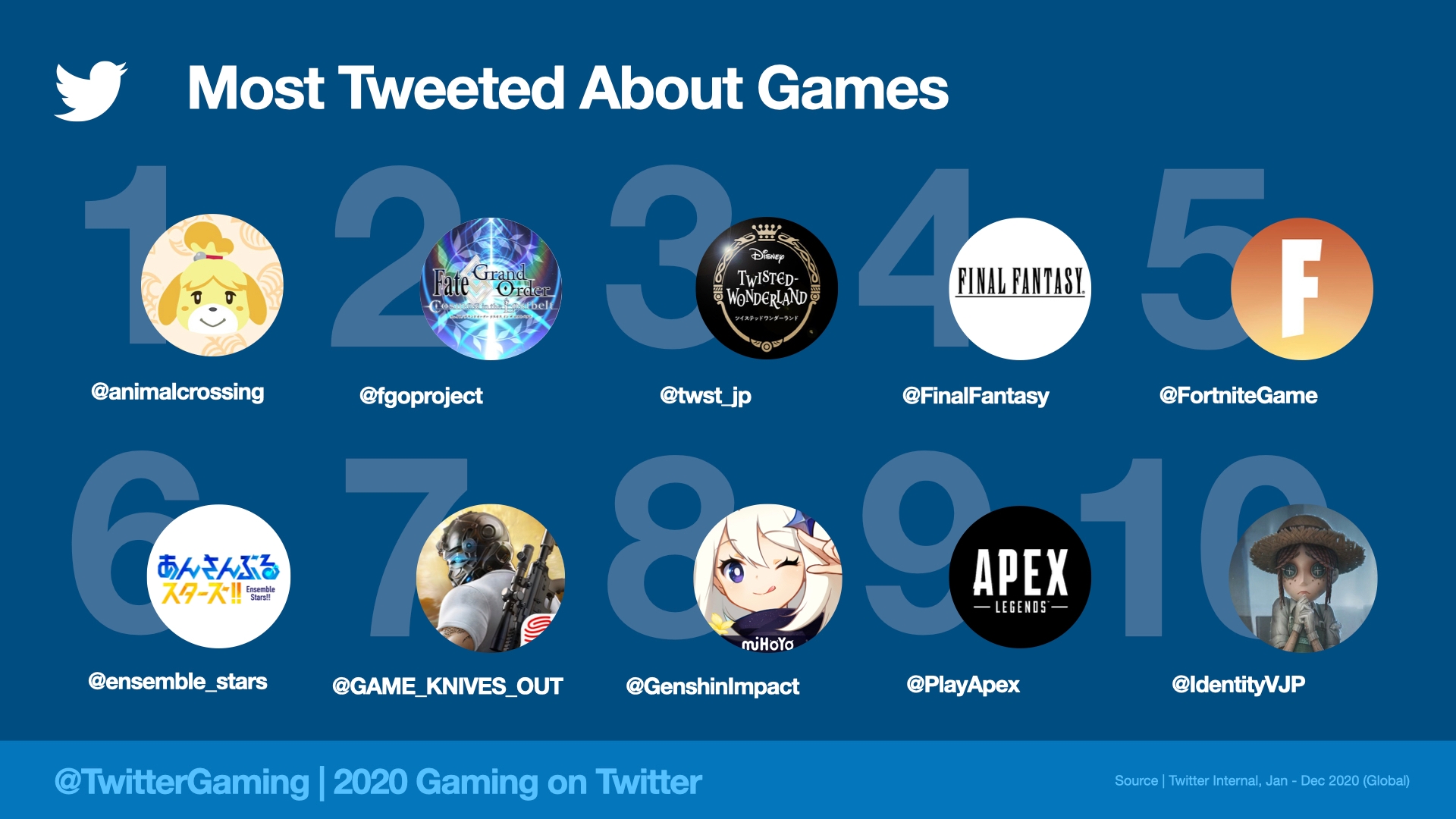 In the category of countries tweeting about gaming, Japan and the United States were at the top in 2020. 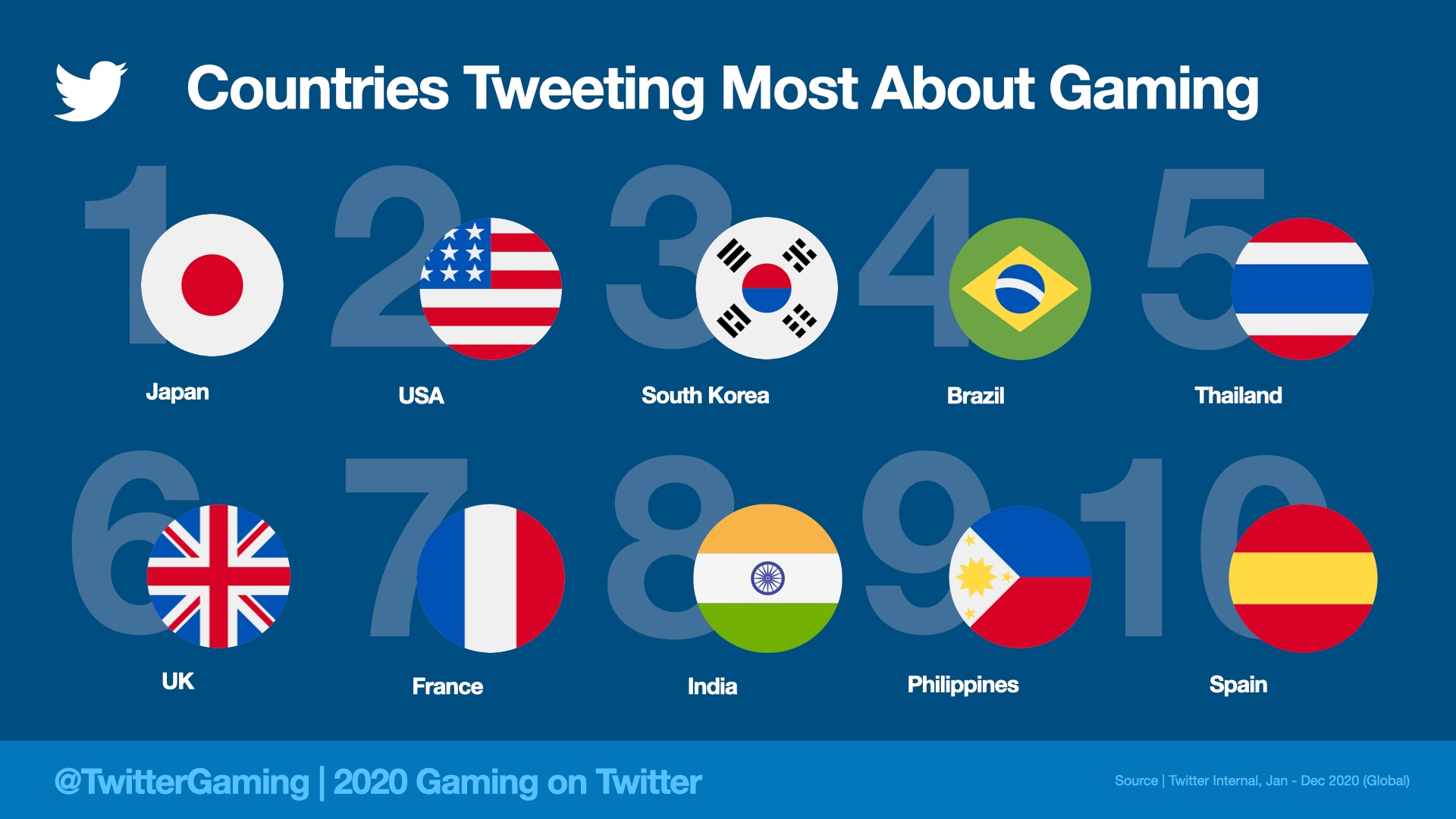 There are a bunch of other interesting lists in the full report. The Gaming Awards topped the Most Tweeted About Gaming Events, for instance, with Tokyo Game Show 2020 coming in at #3 and Niconico Net Chokaigi 2020 coming in at #4. The PS5 and Xbox showcases made the list too, of course, in the #2 and #5 spots, respectively. 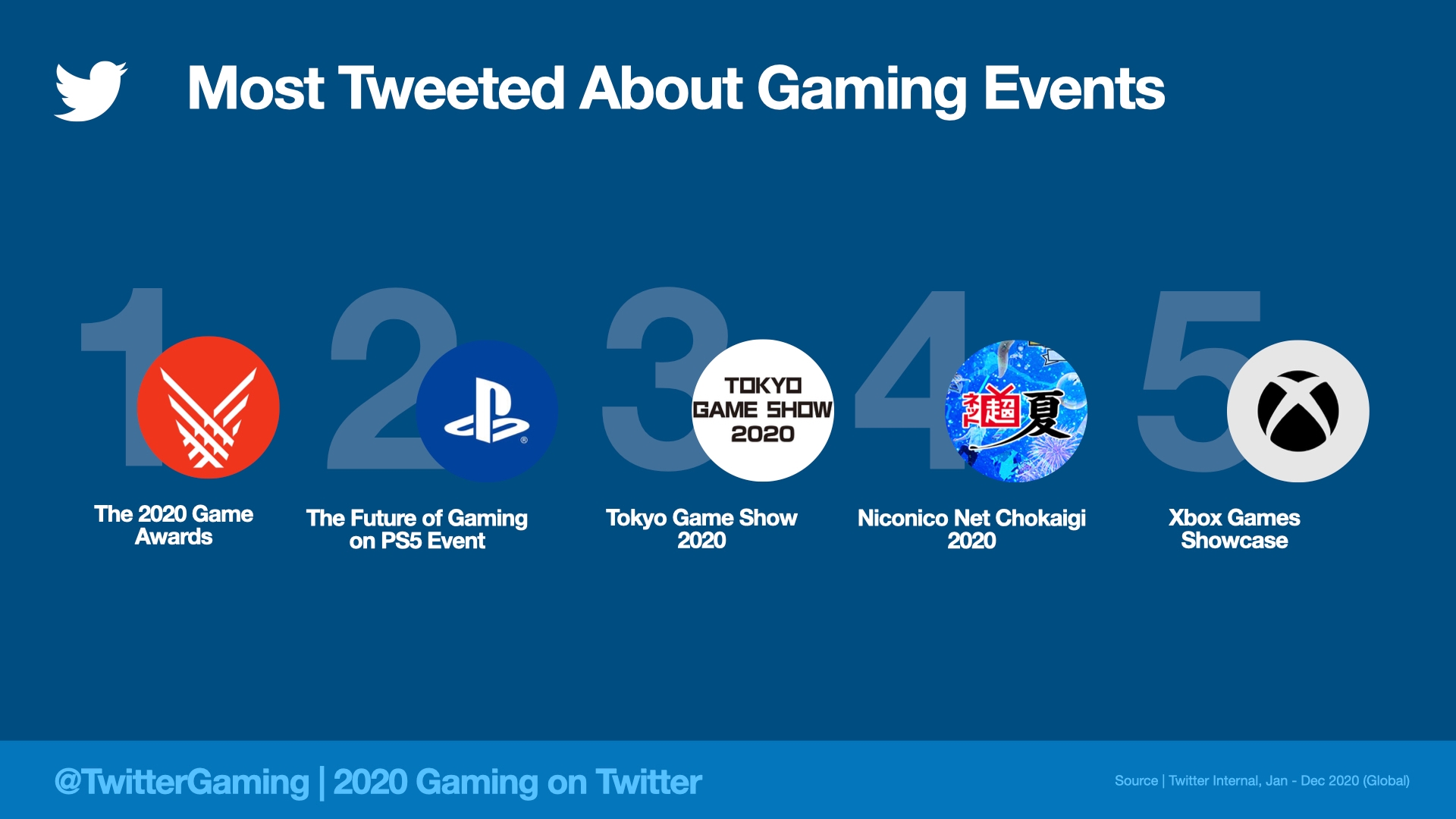 In terms of Esports events specifically, League of Legends Worlds 2020 reigned supreme, with EVO Japan 2020 nipping at its heels in second place. 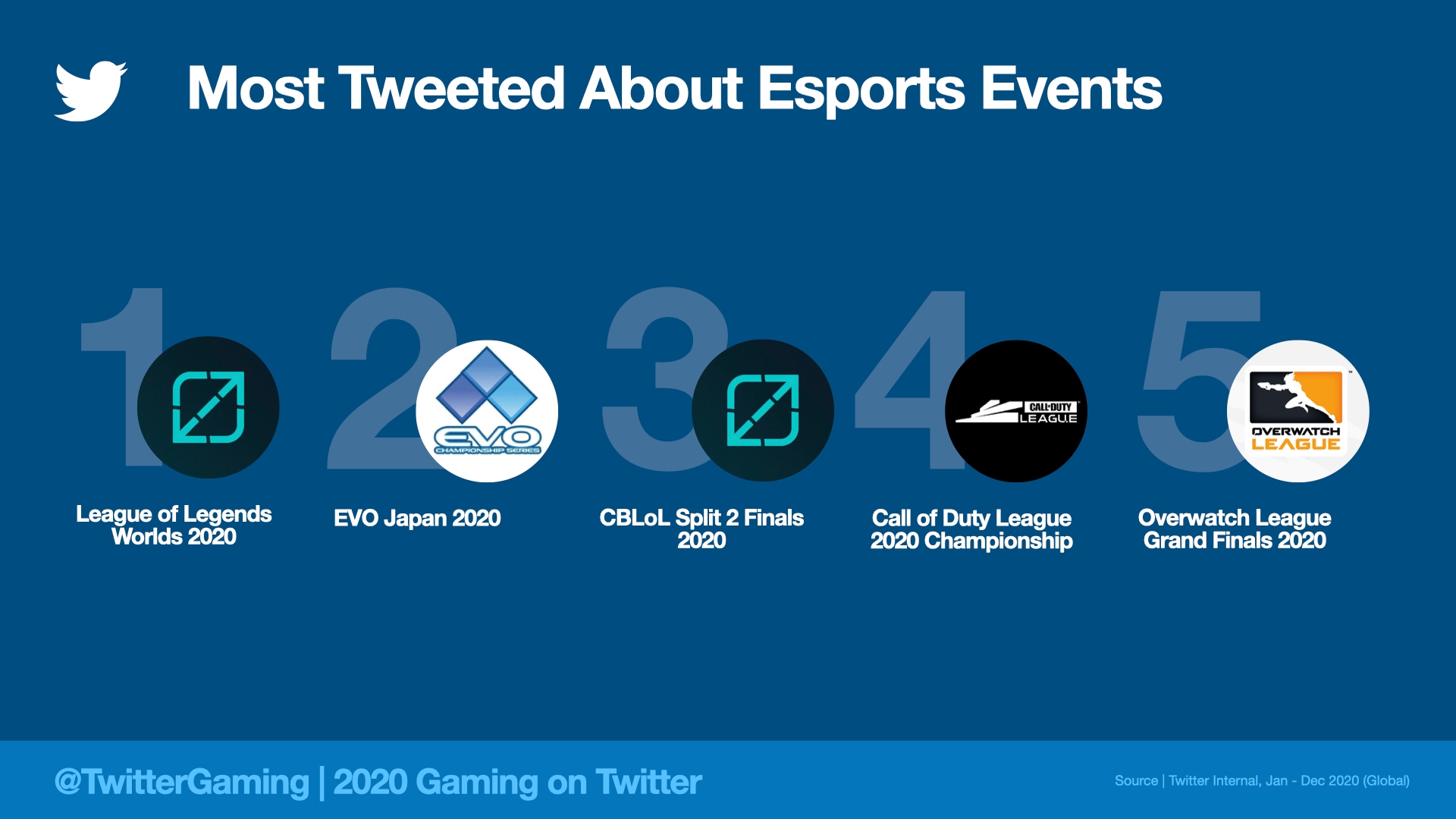 If you’re interested in how some of the other categories shook out—including Esports athletes and gaming personalities—be sure to check ’em out in Twitter’s full post.