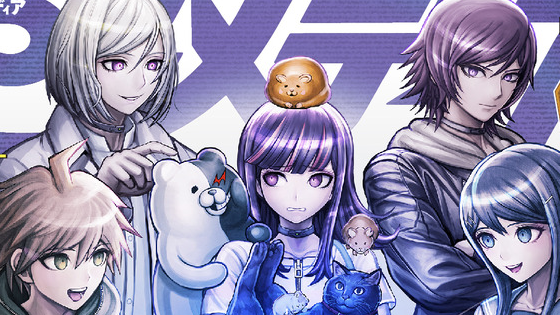 The cover of the January issue features art by Komatsuzaki of characters from this season’s Akudama Drive and game series Danganronpa. The games are currently celebrating their 10th anniversary with mobile game ports, an anniversary series hosted by Megumi Ogata, and crossovers with other properties. As part of the festivities, the magazine will include a celebratory feature on the two series.

Check out the full version of the cover:

Gracing the back cover are the stars of media mix project Paradox Live, who also get featured in the mag’s interior. 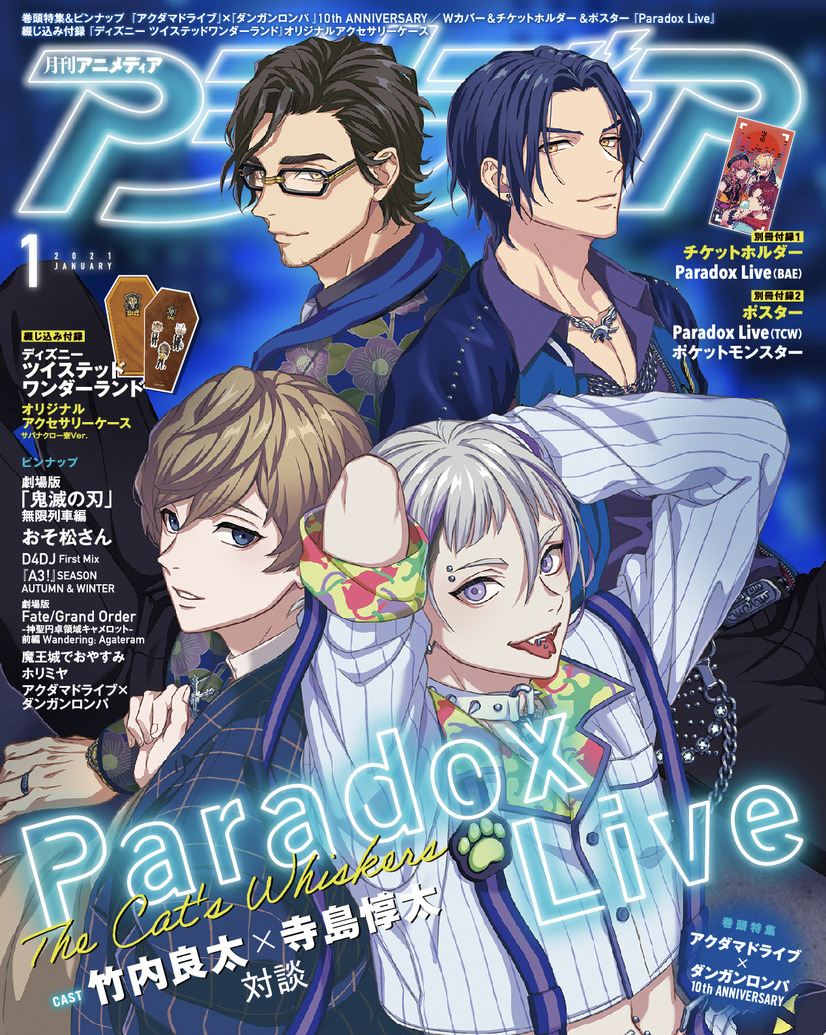 The January issue of Animedia hits newsstands on December 10.