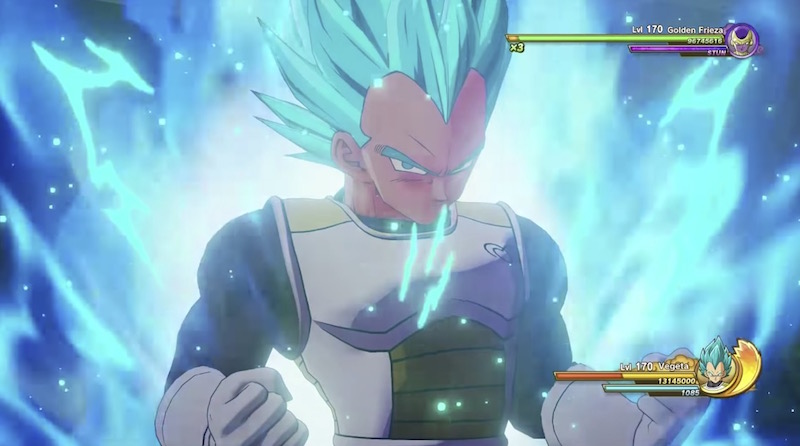 Straight out of Dragon Ball Super, it’s Super Saiyan God Super Saiyan Vegeta going up against the mighty Golden Freeza in the latest trailer for Dragon Ball Z: Kakarot – A New Power Awakens Part 2. The next piece of DLC officially arrives on November 17 according to Bandai Namco, and you can see a new preview ahead of that in the new four-minute gameplay video below.