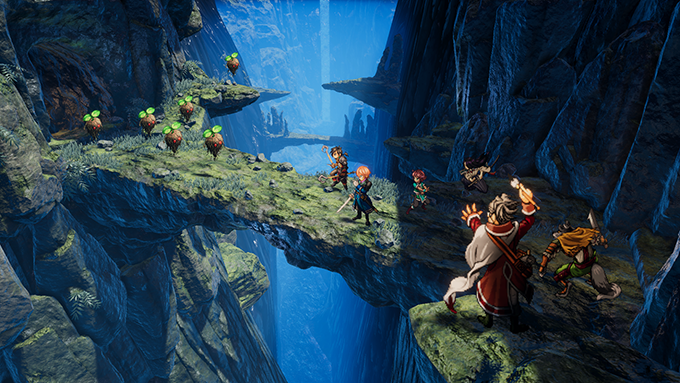 Eiyuden Chronicle: Hundred Heroes is a spiritual successor to the Suikoden series with the classic RPG’s director, Yoshitaka Murayama, at the helm. When it ended its Kickstarter campaign it managed to come in at a whopping $4.57 million, making it the third most successful video game Kickstarter of all time and the biggest Kickstarter game of 2020. Now 505 Games has officially announced plans to publish Rabbit & Bear Studios’ anticipated adventure.

In addition to Yoshitaka Murayama, some of the folks involved in the project include Osamu Komuta, Junko Kawano, Junichi Murakami, Michiko Naruke, Motoi Sakuraba, with credits spread between them ranging from Suikoden to Castlevania: Aria of Sorrow, Wild Arms, the Tales of series, and more.

You can learn more about the game and the 505 Games partnership in the new video below.

Here’s what Murayama had to say about teaming up with 505 Games:

“Eiyuden Chronicles is both a throwback to the classic RPG games that have entertained millions and a modern, exciting tale of discovery and adventure featuring a cast of hundreds of fully realized characters,” said Yoshitaka Murayama, Studio Lead at Rabbit & Bear. ”Given 505 Games’ success and history with titles like Bloodstained and DEATH STRANDING and with the strong personal relationship we have developed with the people there, we feel we have the perfect partner.”

Eiyuden Chronicle: Hundred Heroes is aiming for a 2022 release on PlayStation 5, Xbox Series X, PlayStation 4, Xbox One, and PC, with a possible release on Switch or Nintendo’s as-yet-undetermined next platform in the future.